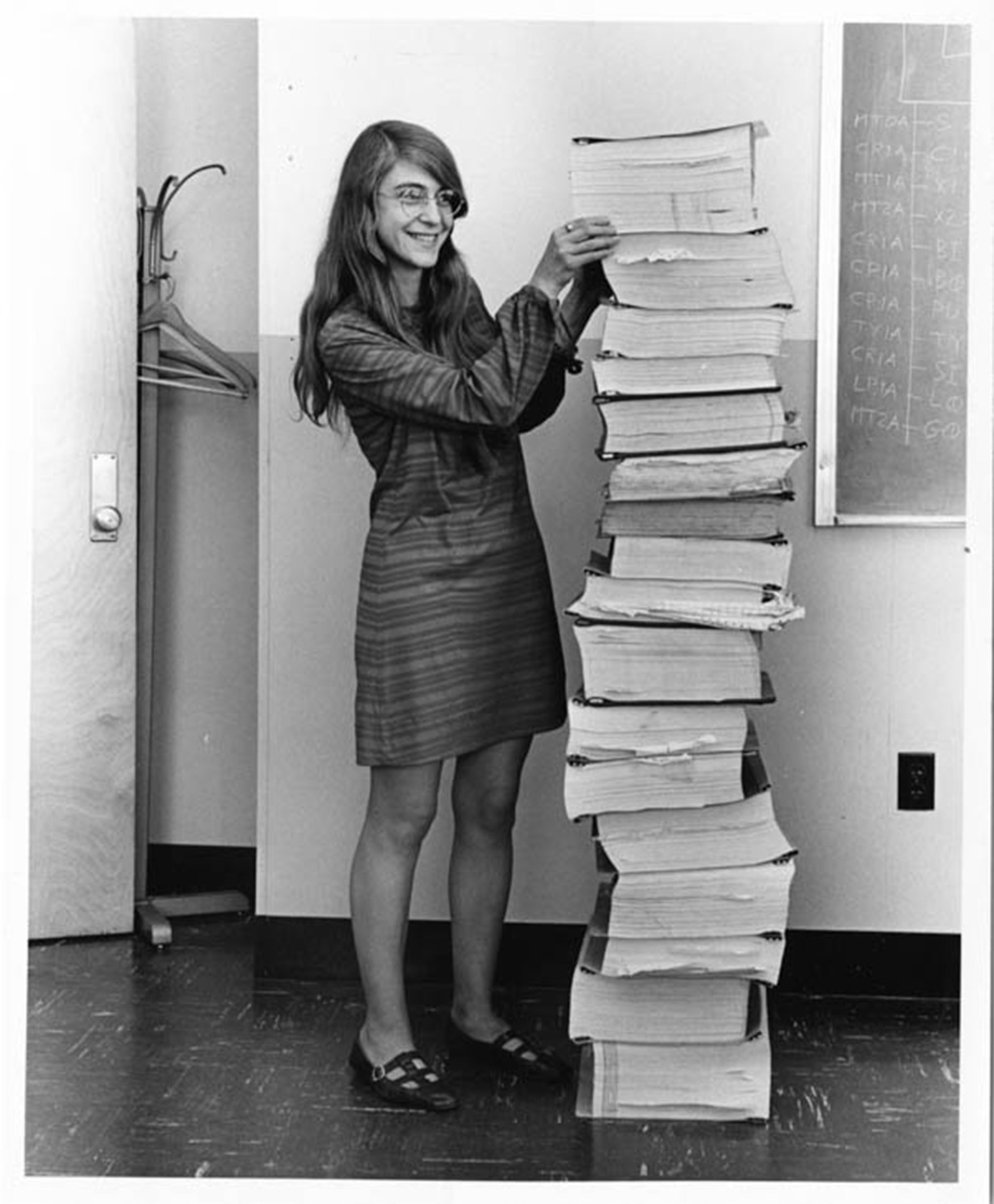 Summary:  Margaret Hamilton loved solving problems.  Her ability to problem-solve led her to a career in computers, first at MIT, and then at NASA.  In 1964, she went to work for NASA, writing computer programs that took into account every problem a spacecraft could have as it traveled to the moon.  By the time the Apollo missions were underway, Margaret was the director of software programming.  Minutes before Apollo 11 was going to touch down on the moon, a computer problem set off an alarm.  Margaret was able to use her code to solve the problem, and the rest was a giant step into history.  An author’s note gives more biographical information about Margaret; there’s also a bibliography, and photos of Margaret on the endpapers.  40 pages; grades 1-4.

Pros:  A fun story about a woman who pioneered computer programming and played an important role in the space program. The text is engagingly conversational, and the graphic novel-style illustrations make it kid-friendly.

Cons:  The biographical details of Hamilton’s life are a little light.