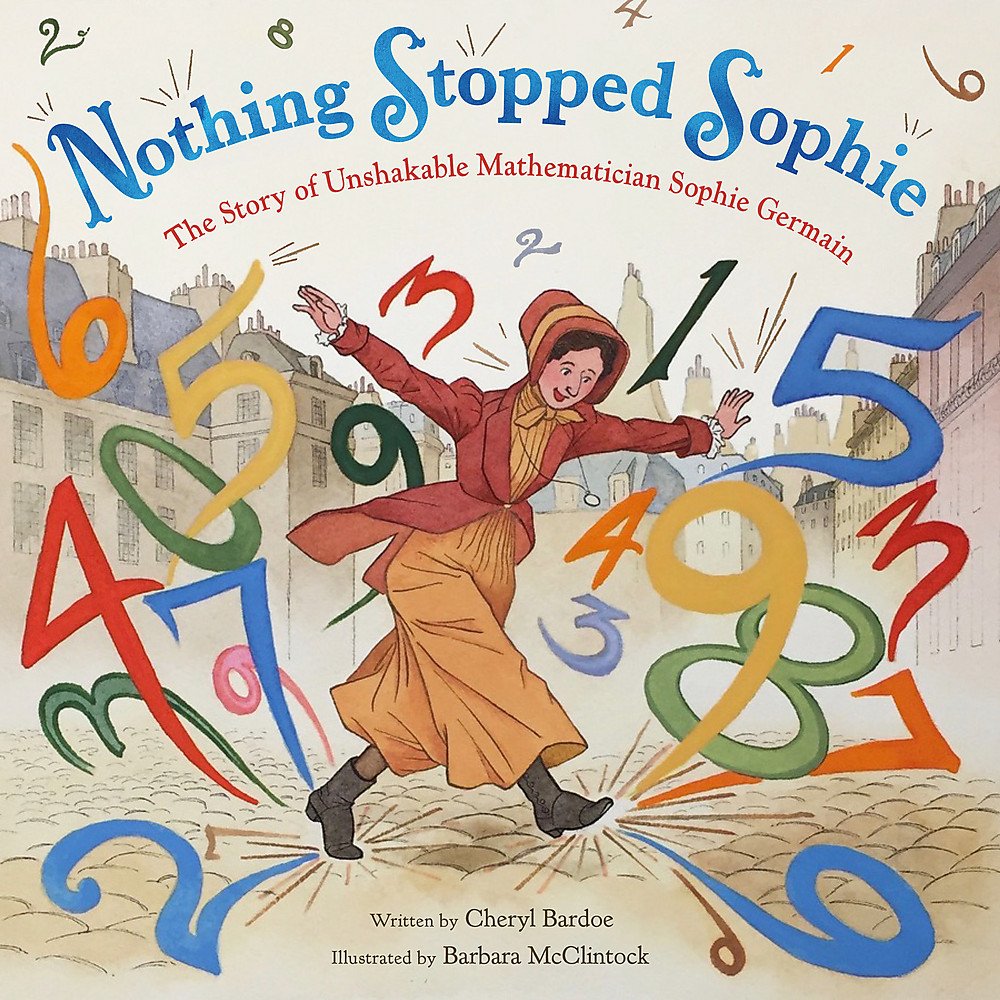 Summary:  Growing up during the French Revolution, Sophie Germain faced a number of obstacles to a career in mathematics.  Girls received little education, and Sophie’s parents tried discourage her late-night studies by taking away her candles and warm clothing.  She was undaunted, though, and they finally realized there was no way to stop her from studying math. When she grew up, she corresponded with other mathematicians under a pen name, but they tended to lose interest when they discovered she was a woman.  She kept studying any way she could, and when the Academy of Sciences offered a medal worth 3,000 francs to find a mathematical formula that would predict patterns of vibration, Sophie was determined to find a solution. It took her several years, but in 1816, she became the first woman to win a grand prize from the Royal Academy of Sciences.  Her work helped other mathematicians and engineers build modern skyscrapers, including the Eiffel Tower. Includes additional information about Sophie and the problem of vibration she solved. 40 pages; grades 2-5.

Pros:  Perseverance is the theme of Sophie Germain’s story, and readers will enjoy learning of her eventual success in the face of daunting obstacles.  The illustrations do an amazing job of incorporating numbers and mathematical formulas into Sophie’s world.

Cons:  I really didn’t understand the vibration problem that Sophie was working on.

One thought on “Nothing Stopped Sophie: The Story of Unshakable Mathematician Sophie Germain by Cheryl Bardoe, illustrated by Barbara McClintock”