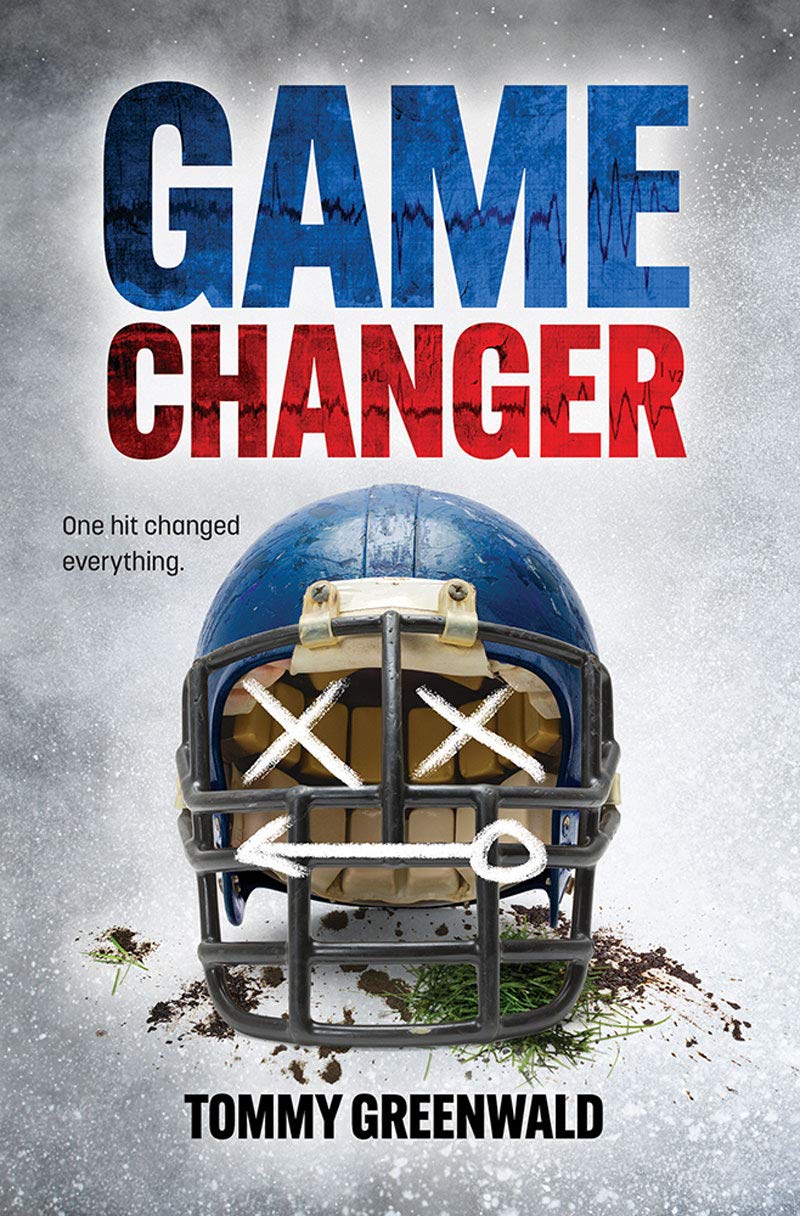 Summary:  Teddy Youngblood is in a coma, hospitalized after a head injury during football practice.  A rising freshman, he was attending a summer camp for the championship Walthorne High School team.  Told entirely in texts, newspaper stories, and transcripts of (one-sided) conversations from visiting family and friends, the narrative gradually reveals that there was more to Teddy’s injury than just an unfortunate accident.  Older players are trying to hush up what happened that day, and younger players, wracked with guilt, are trying to decide whether or not to tell the truth to their parents and friends. As the details slowly come to light, readers will have to decide what the difference is between right and wrong, and whether turning a blind eye to bullying can be just as dangerous as participating in it.  304 pages; grades 5-9.

Pros:  Tommy Greenwald turns to more serious topics than those covered in his Charlie Joe Jackson series, but this book will appeal to the same reluctant readers.  The format makes it a fast read, while the slow revelation of what happened to Teddy makes a gripping story right up until the end.

Cons:  The characters seemed like they were beginning to ramble on the last 30 pages or so… they could have been edited down a bit.

One thought on “Game Changer by Tommy Greenwald”