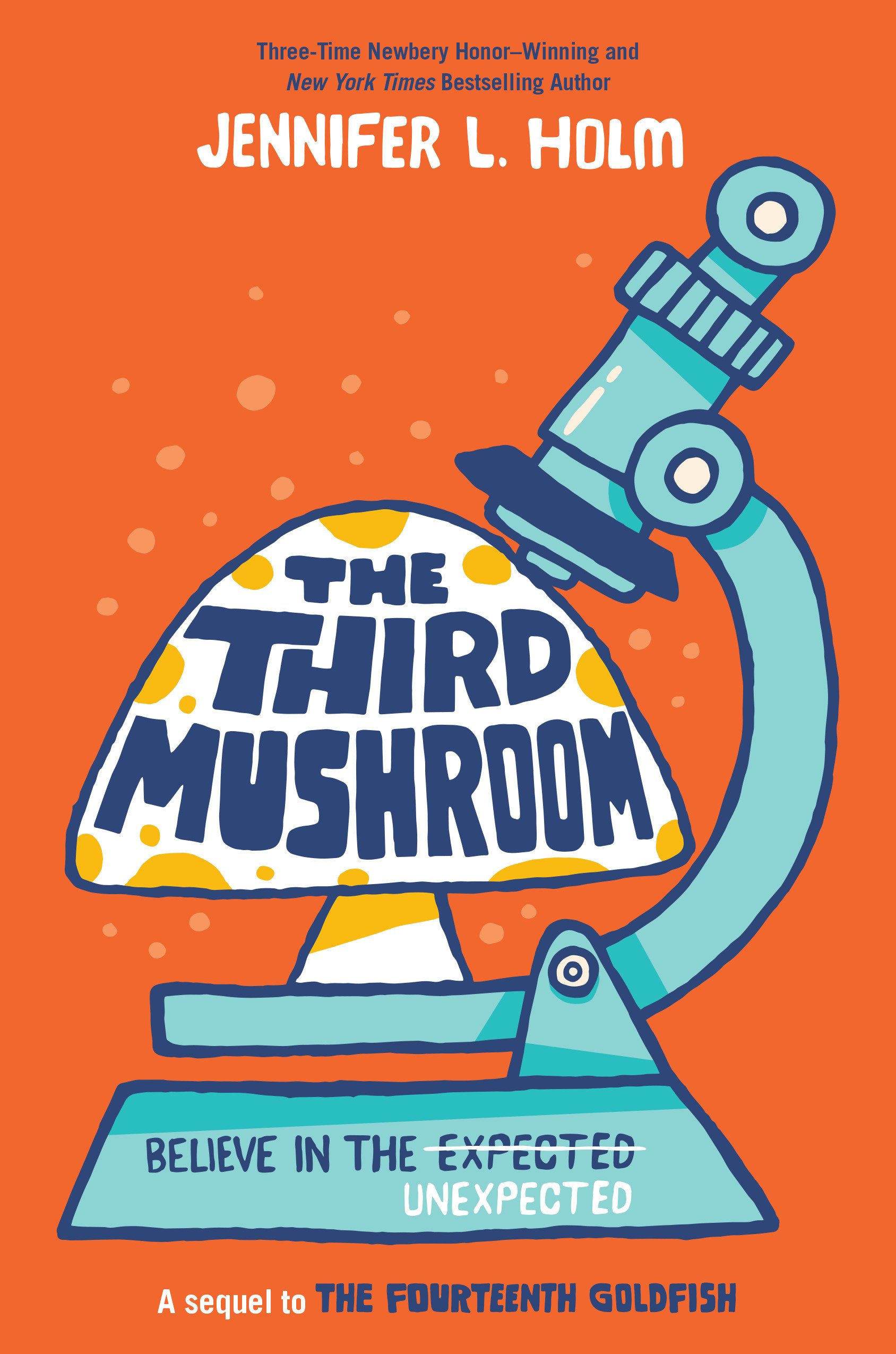 Summary:  Picking up a short time after the ending of The Fourteenth Goldfish, Ellie continues the tale of her grandfather, Melvin, a scientist (with two Ph.D.’s!) who turned himself back into a teenager in the first book.  He returns from the bus trip he took at the end of book 1 and moves back in with Ellie, her mom, and her new stepdad. Ellie’s best friend Raj is the only kid at school who knows the truth about Melvin, who passes himself off as Ellie’s cousin.  Ellie and Melvin decide to enter the science fair when Melvin discovers an axolotl with extra legs entwined in a jellyfish specimen in his lab. Axolotls can regenerate body parts, and the two of them make a discovery that could have implications for human growth.  There’s plenty of information about science and scientists, but also interesting and emotional details about Ellie’s everyday life, like her attempt at a date with Raj, life with her new stepfather, and the poignant death of her beloved cat. Melvin’s experiments on himself make it doubtful that there will be another book in this series unless there is a different angle than the septuagenarian teenager one.  Includes an author’s note, additional information about the scientists mentioned in the story, and resources for further research on them. 240 pages; grades 3-7.

Pros:  Ellie’s voice gives the story a light touch, even as it deals with pretty heavy subjects like life, death, and love.

Cons:  The science experiment, which seemed like it had some pretty interesting implications, just sort of fizzled out at the end of the book.

One thought on “The Third Mushroom by Jennifer Holm”