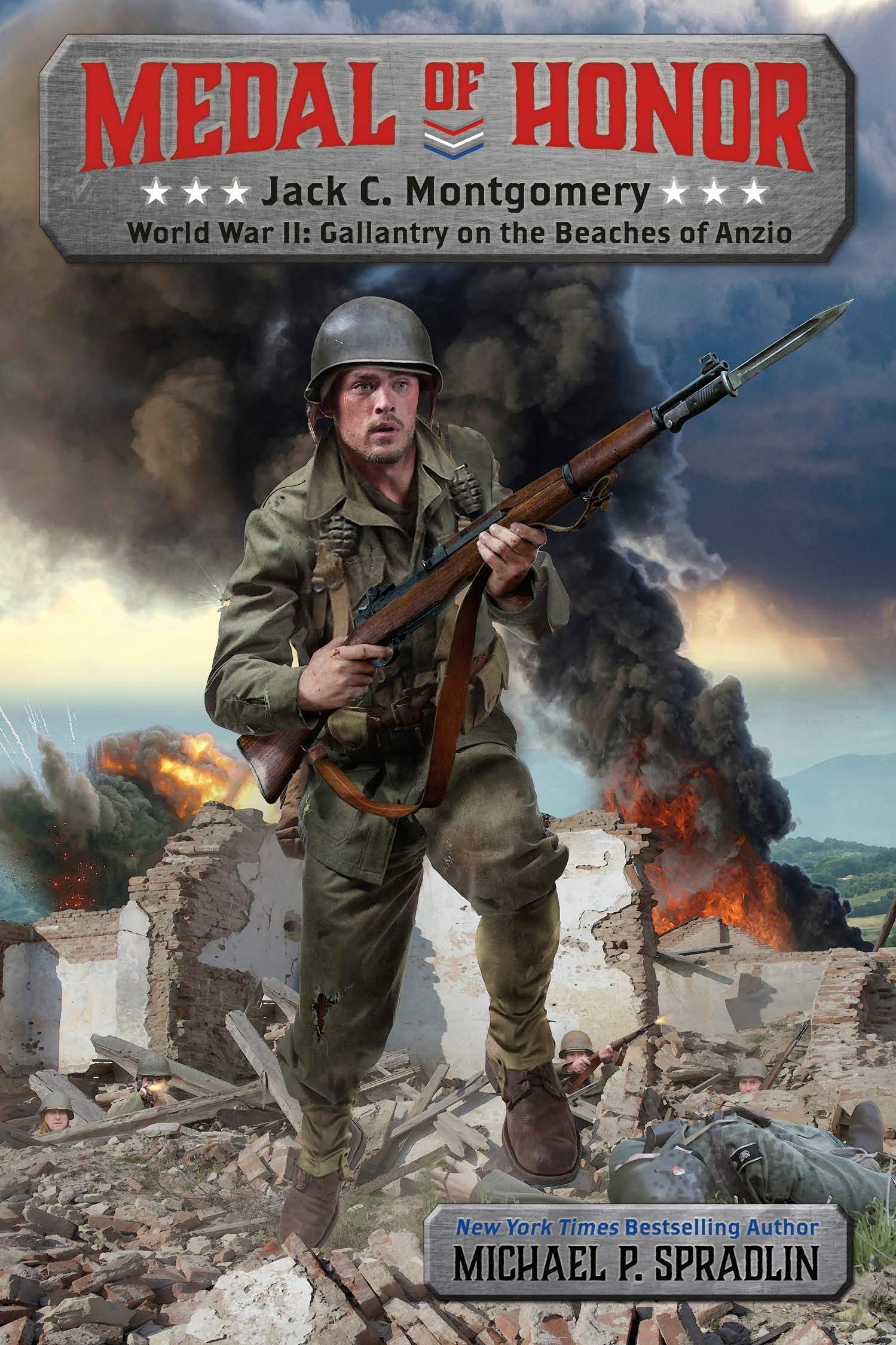 Summary:  The first entry in a new nonfiction series about Medal of Honor recipients tells the story of Jack Montgomery, a lieutenant with the 45th Infantry Division Thunderbirds,  a division made up almost entirely of Native Americans (Jack was a member of the Cherokee tribe).  They fought valiantly in Sicily, then moved onto the Italian mainland at Anzio in January, 1944.  On February 22, Jack’s platoon found themselves surrounded by three groups of Germans.  Telling his men to cover him, Jack single-handedly attacked each group with grenades and gunfire, killing eleven and taking thirty-two prisoners. That night, in a different battle, Montgomery was injured seriously enough to eventually get sent home.  He received the Medal of Honor from Franklin Roosevelt on January 15, 1945. Includes the medal citation, a glossary, and a bibliography. 112 pages; grades 3-6.

Pros:  Military history buffs will enjoy this brief but detailed account of one man’s experiences in World War II.  The main story is told in about 80 illustrated pages, which, combined with the action-packed subject matter, will appeal to reluctant readers.

Cons:  Many of the illustrations are stock photos, with few of Jack Montgomery and his men.