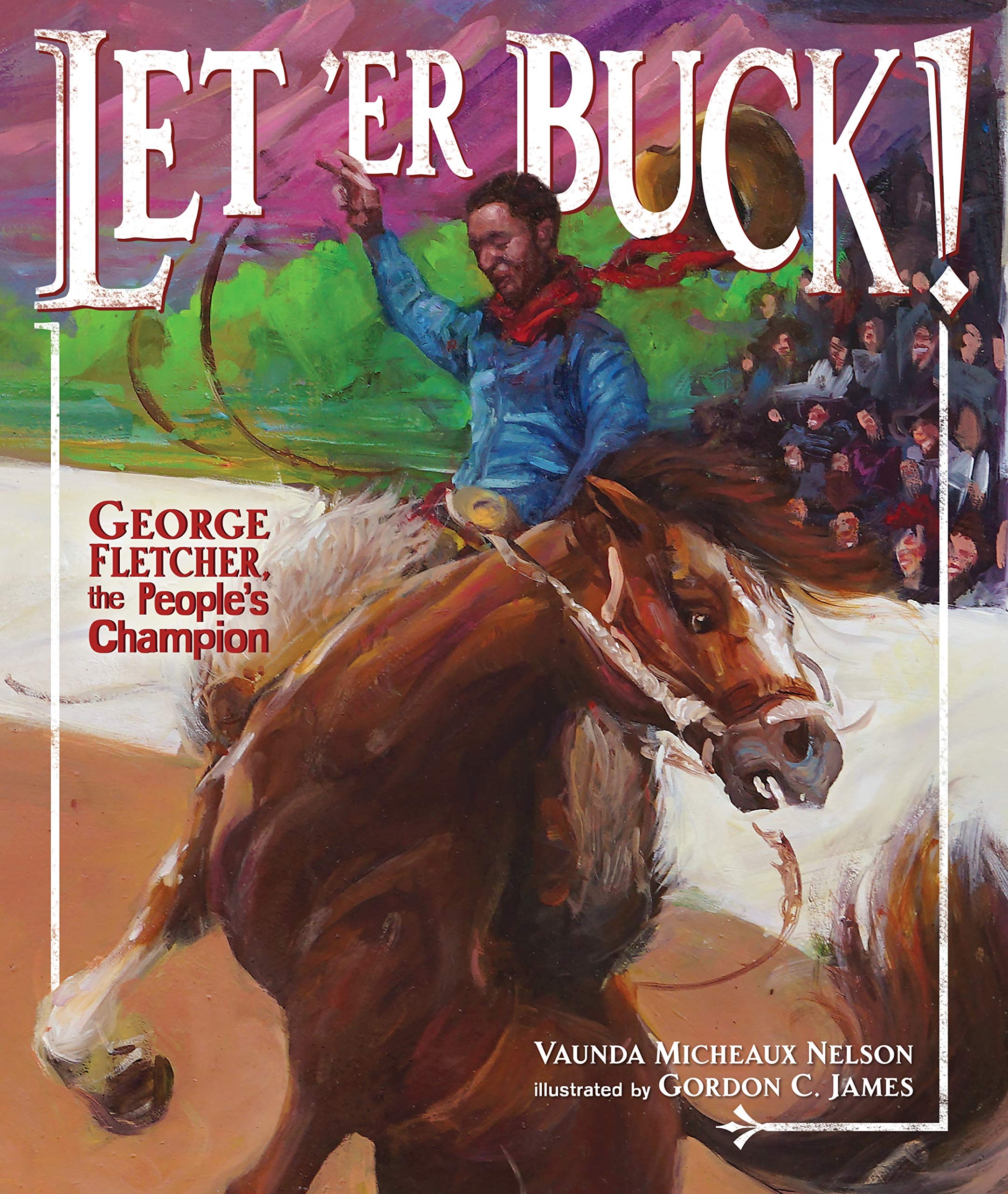 Summary:  Growing up in Oregon in the early 1900’s, George Fletcher was one of the only African-Americans in the town of Pendleton.  He spent a lot of time on the nearby Umatilla Indian Reservation, playing with the kids there and learning about horses. His riding skill led him to the rodeo, where he often experienced racism.  Sometimes black cowboys weren’t allowed to compete; other times they weren’t judged fairly against white competitors. This was demonstrated dramatically at the 1911 Pendleton Round-Up, the biggest rodeo in the Northwest.  George made it to the finals of the Saddle Bronc Championship, where he competed John Spain, a white rancher. It was clear to the audience that Fletcher did the best, but the judges chose Spain as the winner.  Sheriff Tillman Taylor grabbed George’s hat, cut it into pieces, then sold the pieces for $5.00 each, raising more money than the first prize saddle was worth. The audience declared George Fletcher the People’s Champion, parading him around the arena on their shoulders.  Includes a glossary of rodeo terms, additional information about and photos of George Fletcher, John Spain, and Tillman Taylor, and a bibliography. 40 pages; grades 2-5.

Pros:  Told with a Texas twang, this action-packed story brings to light a little-known but brave cowboy and his friends and supporters.

Cons:  Because little is known of George Fletcher, especially his early life, some of the details are more speculation than history (as described in the author’s note about the research).