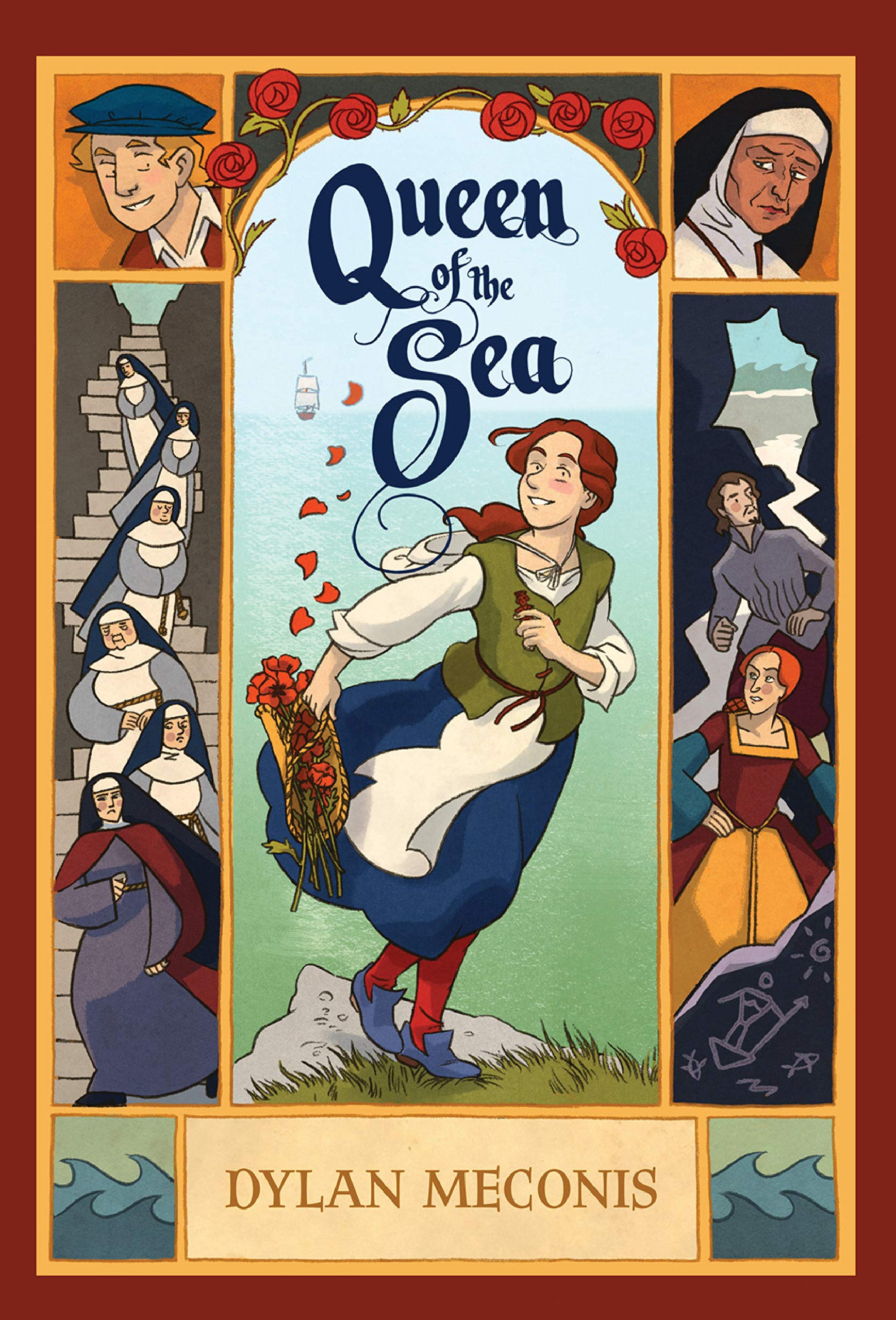 Summary:  Margaret has spent her whole life in an island convent, cut off from the rest of the world except for twice-a-year visits from a ship bringing supplies.  When she is six years old, a boy named William and his mother arrive with one of the shipments. They stay for several years, and the two children become good friends; when William’s mother dies, though, he decides to leave and seek his fortune in the larger world.  Soon he is replaced with a new visitor–the mysterious Eleanor, accompanied by the cruel nun Sister Mary Clemence. As Margaret grows older, she starts to learn the secrets of the island and its inhabitants, including her own shocking story that changes everything. Based on the early years of Queen Elizabeth I (fictionalized as Eleanor), this story ends on a cliffhanger as Eleanor and Margaret prepare to escape the island to an uncertain fate.  393 pages; grades 5-8.

Pros:  I’ve never predicted that two graphic novels would win the Newbery in a single year, but this and Jerry Craft’s The New Kid are two of the best books I’ve read this year.  There are so many details about the history of the early Elizabethan period and convent life here, all unobtrusively woven into the story so that readers won’t even notice that they’re being educated.  And the characters are all so memorable that I wasn’t as challenged to keep them all straight as I sometimes am with graphic novels. I am praying to Saint Elysia for a sequel.

Cons:  It’s a heavy book and seems like the kind of pages that will quickly begin to part with the binding.