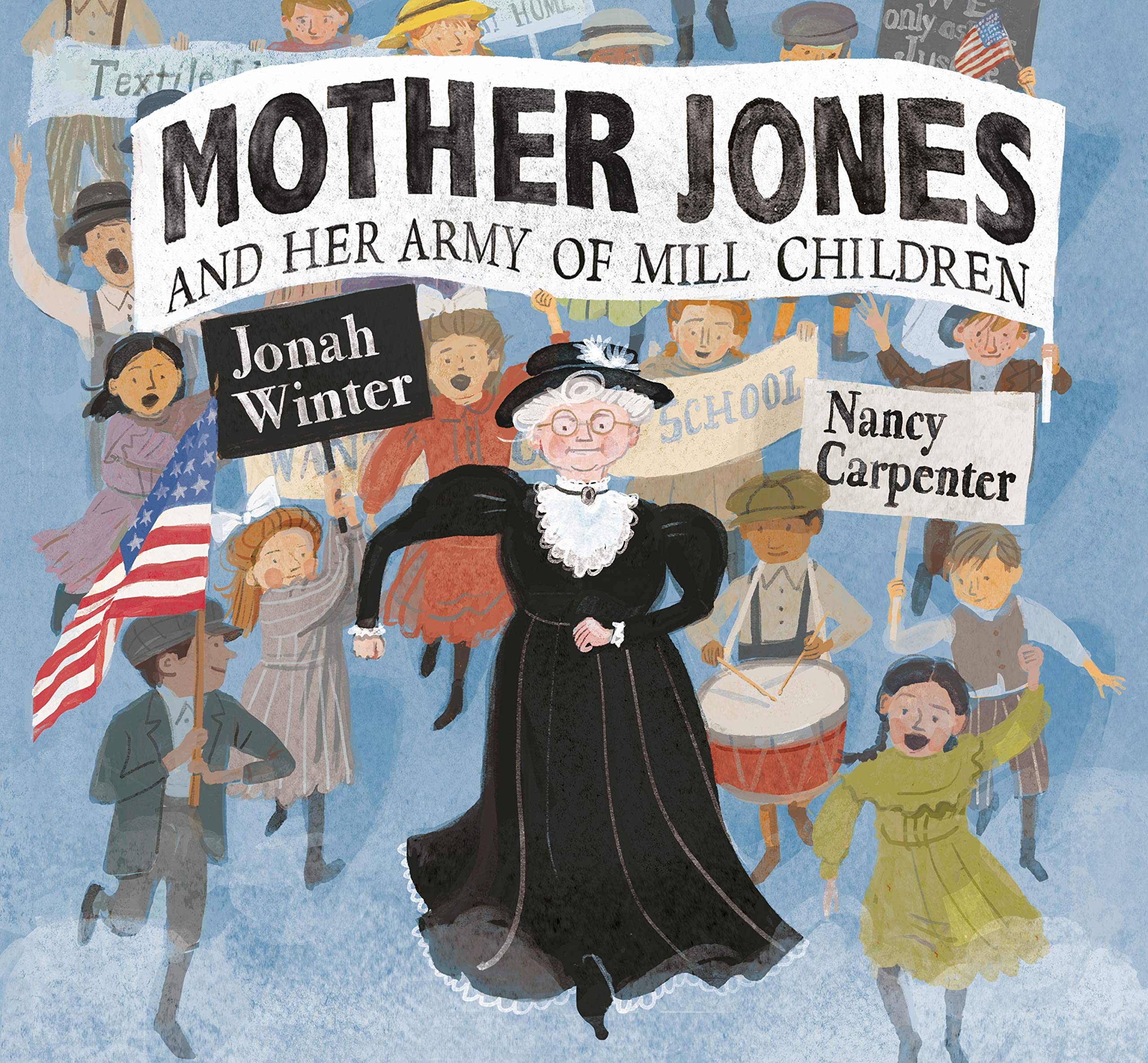 Summary:  Mother Jones tells her story, beginning with some of the things that have made her mad: conditions for coal miners in West Virginia, factory workers getting shot at for protesting for fair pay, and young children working ten-hour days in Philadelphia factories.  It was these last that inspired her to set out with 100 children on July 7, 1903, determined to march from Philadelphia to New York City, and then on to Theodore Roosevelt’s “fancy-schmancy” Long Island summer home to speak with the president himself. They traveled 100 miles in the hot summer sun, demonstrating in towns as they went.  By the time they reached New York, many of the kids had given up and gone home, but 37 of them marched in a torchlight parade up Fourth Avenue. After a trip to Coney Island, Mother Jones sent most of the children home, approaching the Roosevelt mansion with just three of the boys and two other men. They were turned away at the gate, but the Children’s Crusade had shone a spotlight on child labor, and laws began to change.  Includes an author’s note, four photos, and a bibliography. 40 pages; grades 2-5.

Pros:  An inspiring story that will show kids the power of some unlikely people:  a 66-year-old woman and 100 poor children taken from factories. The text does a masterful job of using Mother Jones’s voice and incorporating many of her quotes into the story.  The author’s note gives full credit to Mother Jones for being instrumental in changing labor laws for both children and adults.

Cons:  Theodore Roosevelt certainly doesn’t come off too well in this story.