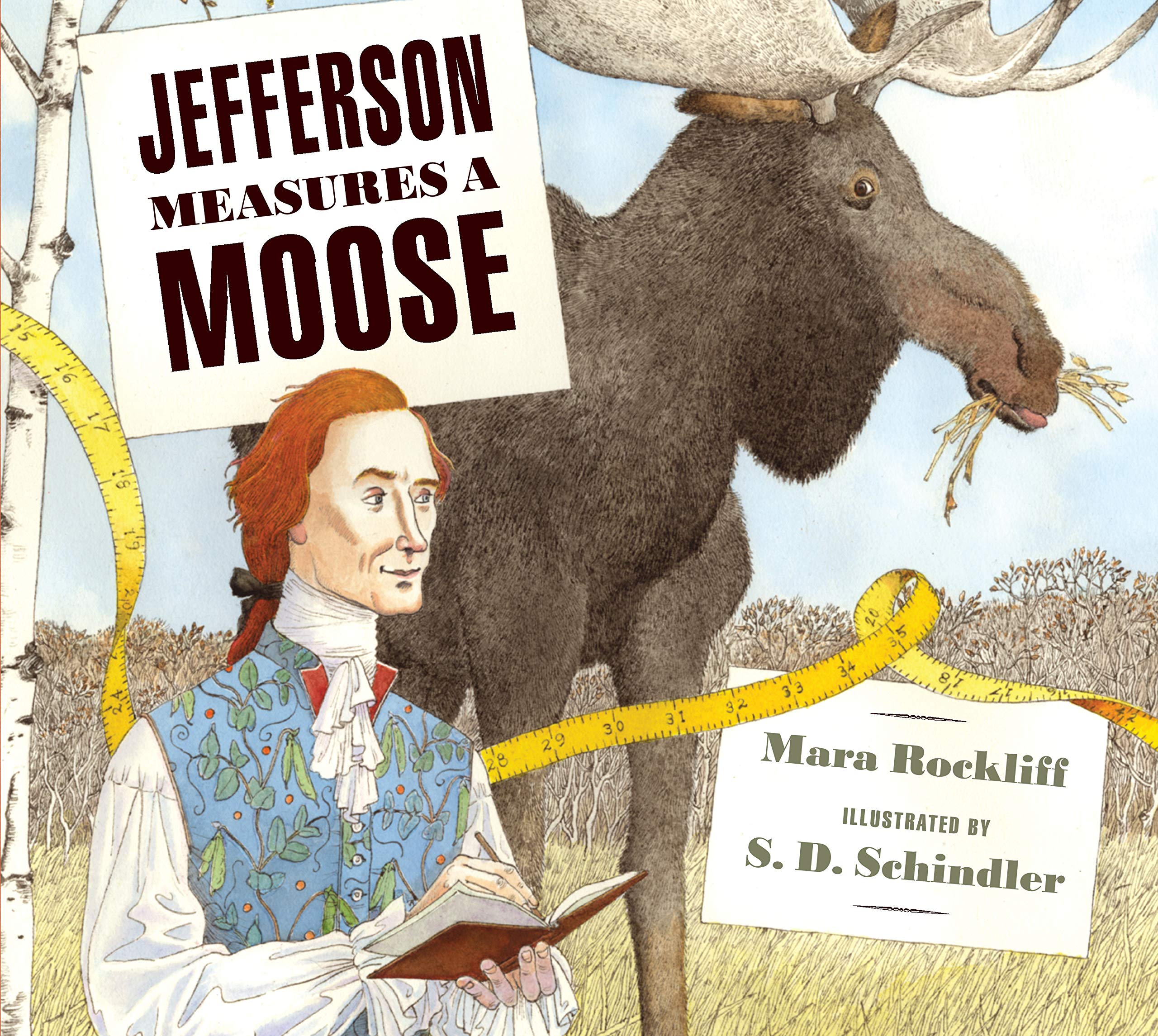 Summary:  Thomas Jefferson loved numbers and was always measuring, observing, and jotting down all things quantitative.  So when he read a book by a French naturalist named Buffon, claiming that America was a terrible place populated with weak and puny animals, Jefferson was determined to set the record straight.  He wrote a book of his own, filled with measurements of different American animals.  But when he presented this book to Buffon in person, the Frenchman was unimpressed.  Jefferson was living in France at the time, so he put his friend James Madison to work back home measuring moles and weighing weasels.  He even got a friend from New Hampshire to ship him a dead moose (which arrived in France a bit worse for the wear).  Buffon died before printing a retraction, but Jefferson continued his work to prove to Europeans that Americans and their animals were healthy and robust.  Includes an afterword with additional information; some examples of Jefferson’s numbers; and lists of both primary and secondary sources.  48 pages; grades 2-5.

Pros:  As she did in Mesmerized: How Ben Franklin Solved a Mystery That Baffled All of France, Mara Rockliff has written a fun, well-researched, and informative picture book in which a Founding Father takes on a Frenchman and blinds him with science.  The excellent back matter makes this a great starting point for research.

Cons:  While the illustrations were fun and perfectly adequate, I preferred the more distinctive ones in Mesmerized done by Iacopo Bruno, who also illustrated Rockliff’s Anything But Ordinary Addie.