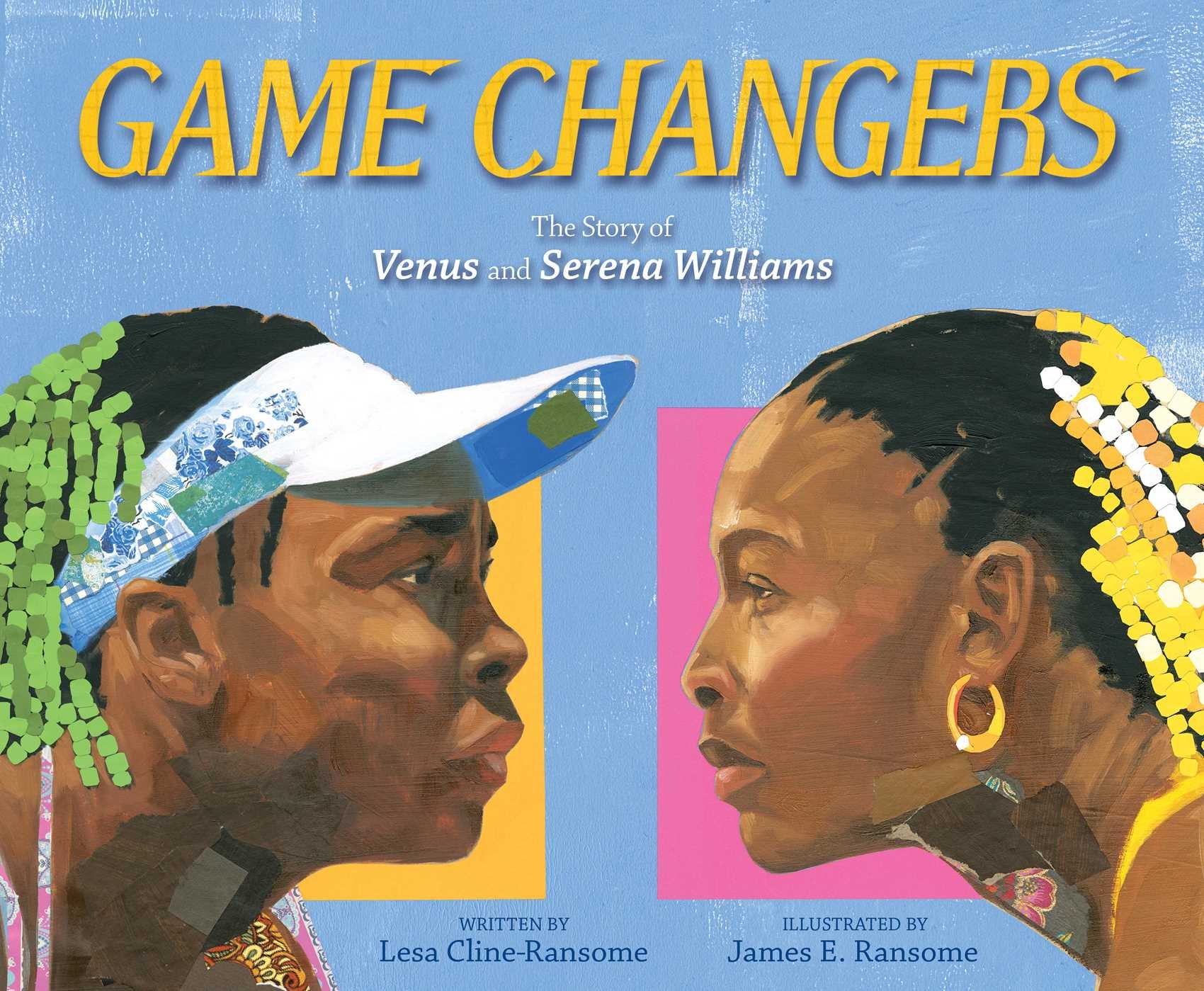 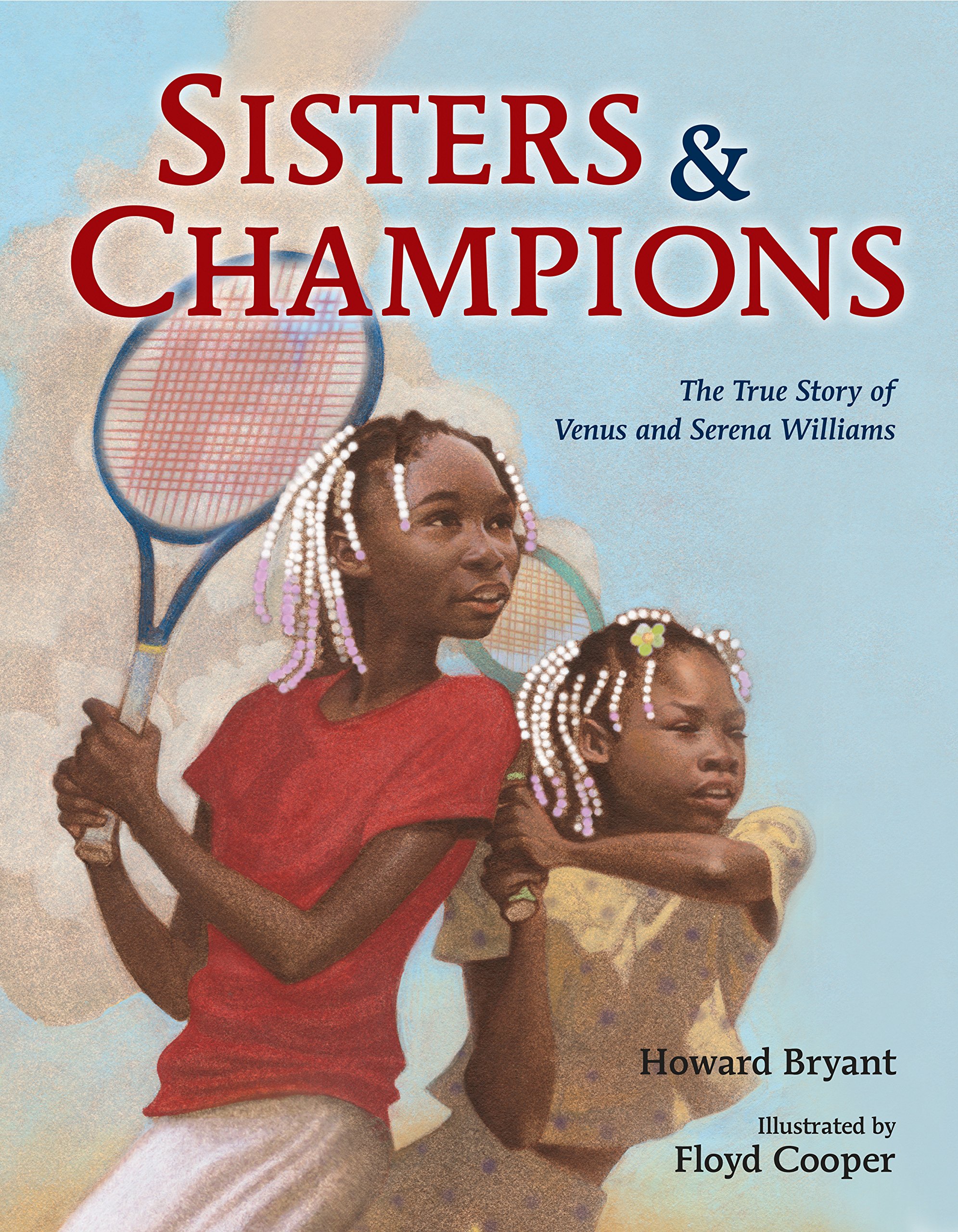 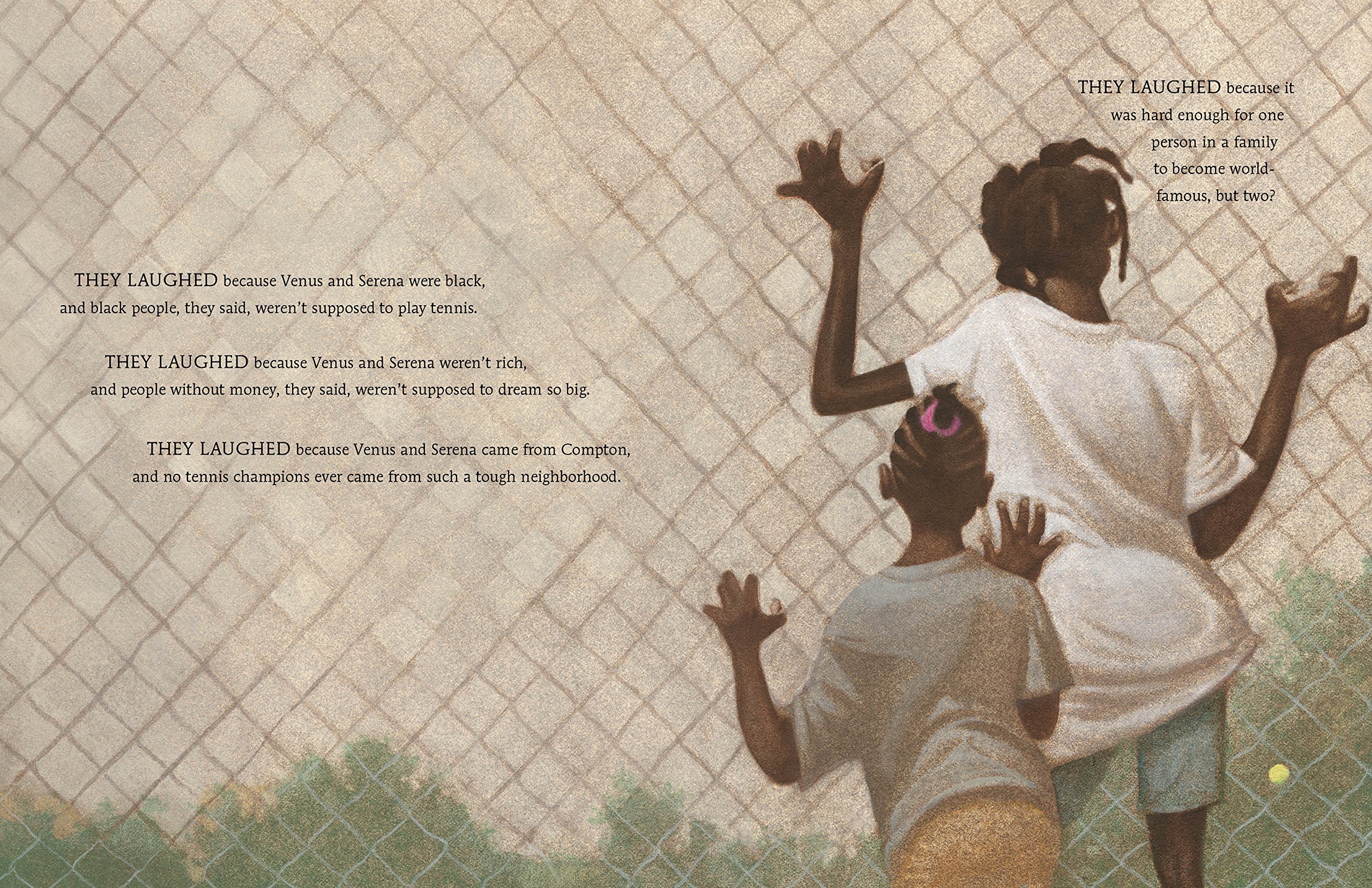 Summary:  When I went to write a review about Game Changers, I discovered Sisters and Champions, another 2018 book about Venus and Serena Williams.  Both are picture book biographies that emphasize the girls’ unlikely background, growing up in Compton, a rough Los Angeles neighborhood.  Richard Williams, their father, is introduced in both books as their coach who never wavered from his belief that they could become professional tennis stars.  Venus’s rise to success and fame, followed shortly by Serena’s is documented in the books, as well as the fact that the sisters often played each other for the championship at many professional matches.  Cline-Ransome’s book talks a bit more about the racism the two of them encountered as they moved up the ranks in what had traditionally been an almost all-white sport. Her story ends with Venus taking pictures of Serena after Serena had beat her for the first time at the French Open.  Bryant’s goes a bit further, touching on illness and injuries that both women have had to overcome. Game Changers includes an afterword, source notes, a selected bibliography, and a list for further reading; no back matter in Sisters and Champions.  48 pages (Game Changers) and 32 pages (Sisters & Champions); grades 1-4 for both.

Pros:  I’m happy to see two excellent books on the Williams sisters by acclaimed authors and illustrators; Serena and Venus are a frequent topic of research in my third grade libraries.  Both books are well done, but if I had to pick one, it would be Game Changers.  I preferred the sharp, action-packed cut-paper illustrations to Cooper’s pastels, and the back matter makes it a better choice for research.

Cons:  There were some inconsistencies between the two. Cline-Ransome: “Venus won every single one of her sixty-three junior tournaments by age ten.”  Bryant: “Their father wouldn’t let his girls play junior tournaments even though everyone played juniors.”  Also, no photos in either book.