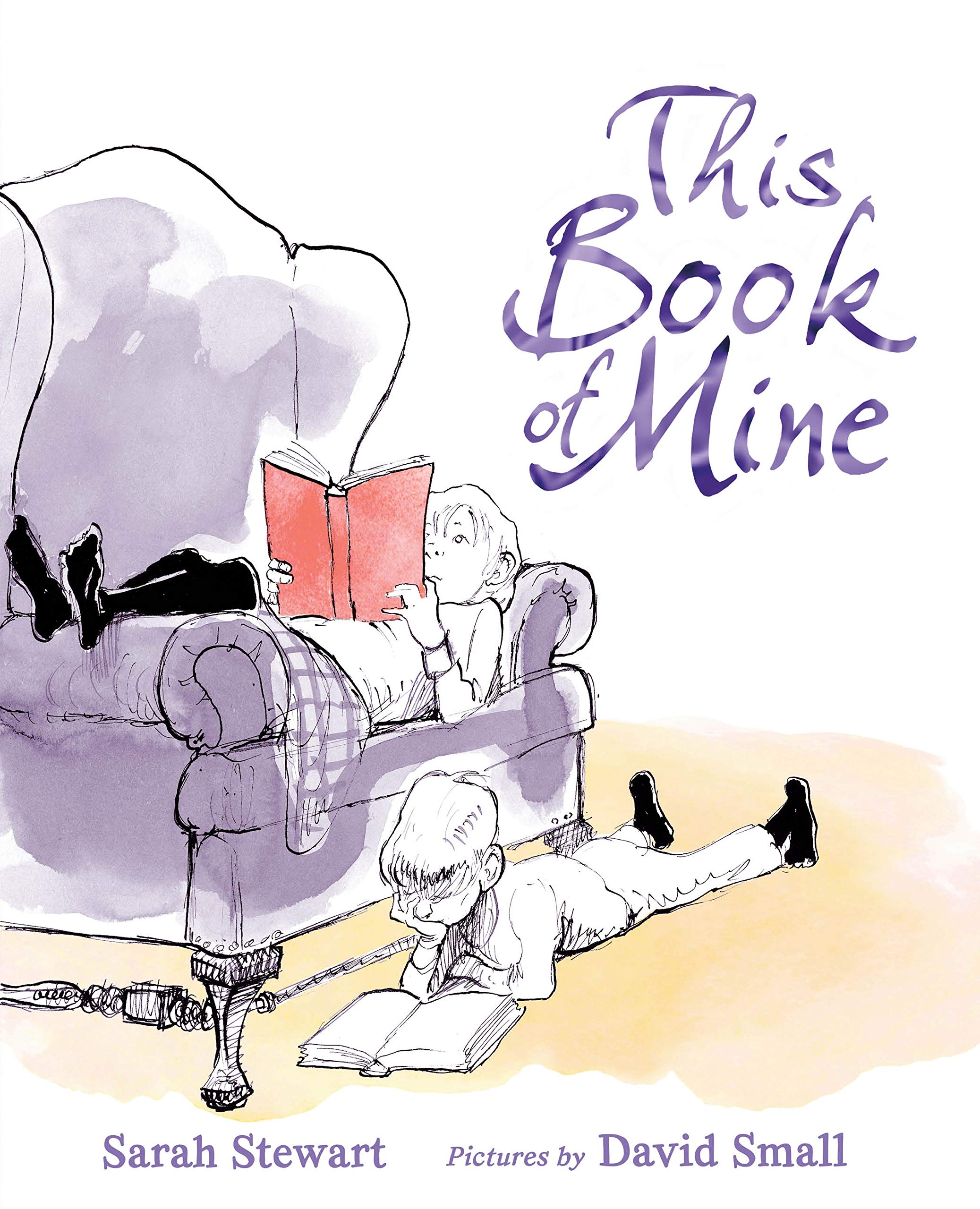 Summary:  A diverse cast of characters uses books to spark their imaginations, comfort themselves, lose themselves, and to find a friend.  A baby even uses the corner of a book for teething. Only nine sentences long, the text works well with the mostly purple illustrations, with the different books providing spots of other colors.  32 pages; ages 3-7.

Pros:  Short, sweet, and simple, this would be a great way to generate classroom discussion about the wonders of books and reading.

Cons:  It seemed a bit too short. 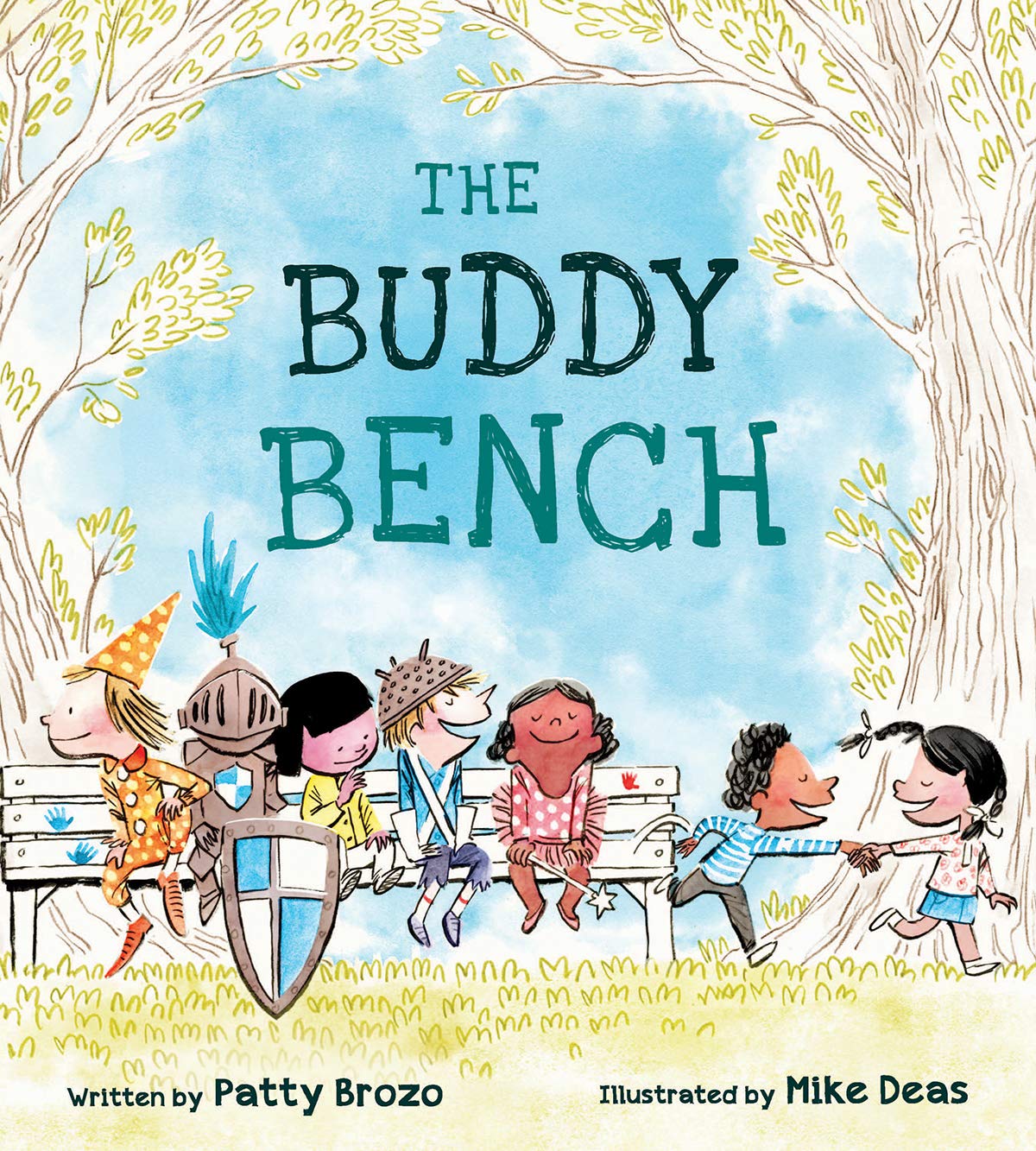 Summary:  When Miss Mellon’s class goes out to recess, many of the kids find friends to play with, but a few are left out.  As the story unfolds, we learn the various reasons: a broken leg, a stutter, old clothes with holes, being small…all are reasons why kids feel like they don’t fit in.  A post-recess conversation results in the class banding together to build a buddy bench. The other kids know when they see someone sitting on the bench, that child is looking for someone to play with.  Includes information and additional resources about buddy benches. 36 pages; ages 4-8.

Pros:  A perfect start to discussions about how to include others.  Even if kids don’t have the know-how or resources to build a buddy bench, they can work together to find solutions to make sure everyone gets included at recess.

Published by Farrar Straus and Giroux 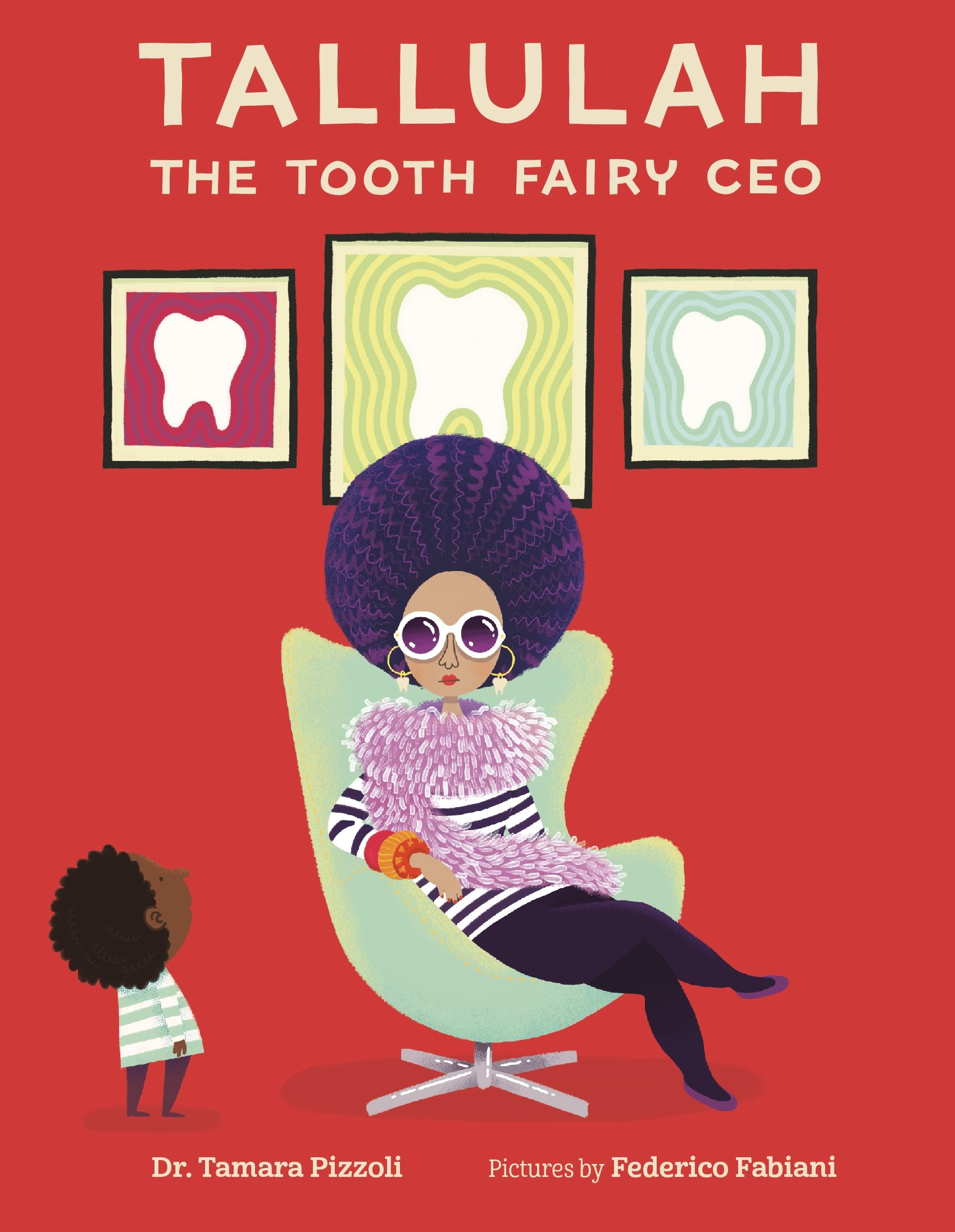 Summary:  Tallulah is like no tooth fairy you’ve ever seen.  She’s the CEO of her own company, Teeth Titans Incorporated, as well as the founder of the National Association for the Appreciation and Care of Primary Teeth (NAACP-T).  But Tallulah’s not all about work. She believes in finding a balance between the three P’s: passion, purpose, and what pays. She does yoga, chats with her therapist, and visits museums.  She recruits and trains other tooth fairies, and when night falls, off they go to collect teeth from kids around the world. One night, Tallulah encounters something unusual: a boy who’s lost his tooth and left her a note instead.  After a quick consultation with her Board of Directors, she leaves a note in return, gifting him with a tooth compartment lanyard from her company to help him keep track of his teeth in the future. The final page shows the boy with a gap-toothed grin and Tallulah watching him from the bushes outside his house.  40 pages; ages 4-8.

Pros:  Kids will love unconventional fairy Tallulah, and may be inspired to come up with some of their own ideas about the tooth fairy.  Tallulah is smart, savvy, and nobody’s fool…a great role model for girls and boys.

Cons:  Some of the humor will be appreciated by adults, but may go over the kids’ heads.

Summary:  From the break-in at the Watergate hotel on May 25, 1972 to Richard Nixon’s resignation as U.S. President on August 9, 1974, this book covers what went on in the White House in a unique fashion.  The story is narrated by a “fly on the wall”, whose story is interspersed with quotes from many different key players in the events. There are black and white illustrations, some with cartoon bubbles that quote the people shown.  The epilogue tells what happened to those who went to jail (answer: all served ridiculously short terms and made obscene amounts of money off of their experiences when they got out), and those who put them in prison by persisting in their investigation.  Includes almost 200 sources and a three-page bibliography with a tiny font. 240 pages; grades 5-8.

Pros:  Even though I’ve watched All the President’s Men about ten times, this added a lot to my understanding of Watergate and the depths of the corruption going on in Richard Nixon’s presidency.  Once I got through the first few chapters and figured out who was who (there are a lot of characters, and they’re almost all white men in suits), I couldn’t put it down.  Anyone from tween to adult will add to their knowledge of history pretty painlessly by reading this book.

Cons:  1. . The illustrations are fun, but photos would have been a nice addition. Those who went to jail are pictured at the end, but there’s not a single photo of Nixon. 3. As one might expect from a book featuring Tricky Dick, there is plenty of salty language, either quoted directly or through #?!&* indicators. 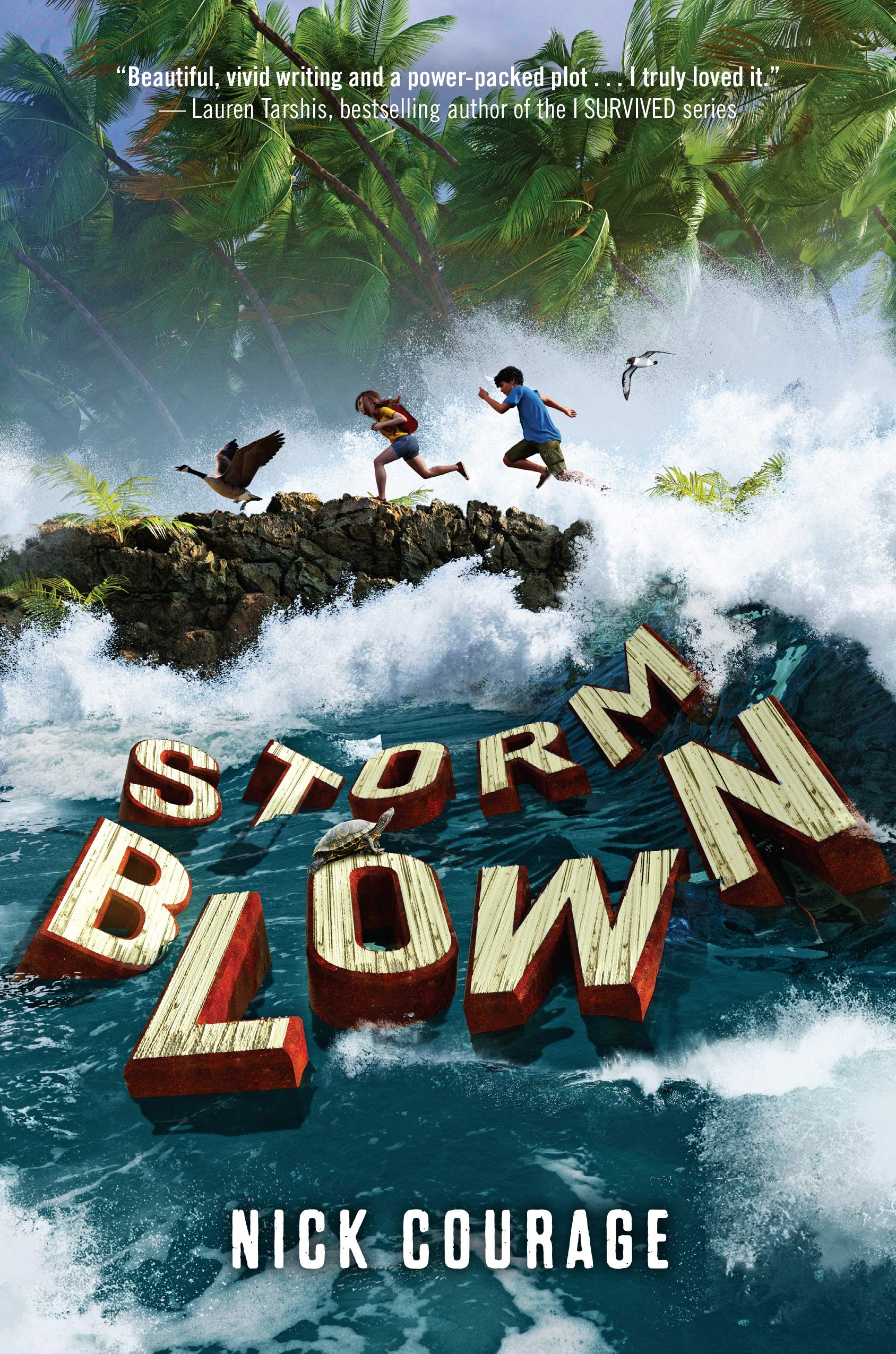 Summary:  Anyone needing to brush up on their dance moves will find inspiration in this book.  Everyone dances–kids, adults, parents, grandparents, principals, and construction workers.  Everyone, that is, except for one boy who crosses his arms and flat-out refuses. A girl (his sister?) tries to convince him, showing him different places and moods that lend themselves to dancing, and even giving him a chart with more than a dozen dance moves.  But even a two-page-spread dance party that includes robots, dinosaurs, and a giant disco ball fails to convince him. Finally, he stalks off to his room, where he reveals that his preferred style of dancing is alone, and shows his moves on the final page. 40 pages; ages 3-7.

Pros:  So much energy!  This would make a fun dancing storytime, with plenty of inspiration in the cute illustrations.

Cons:  I wished a few of the pictures were a little bit bigger for the purpose of sharing with a group. 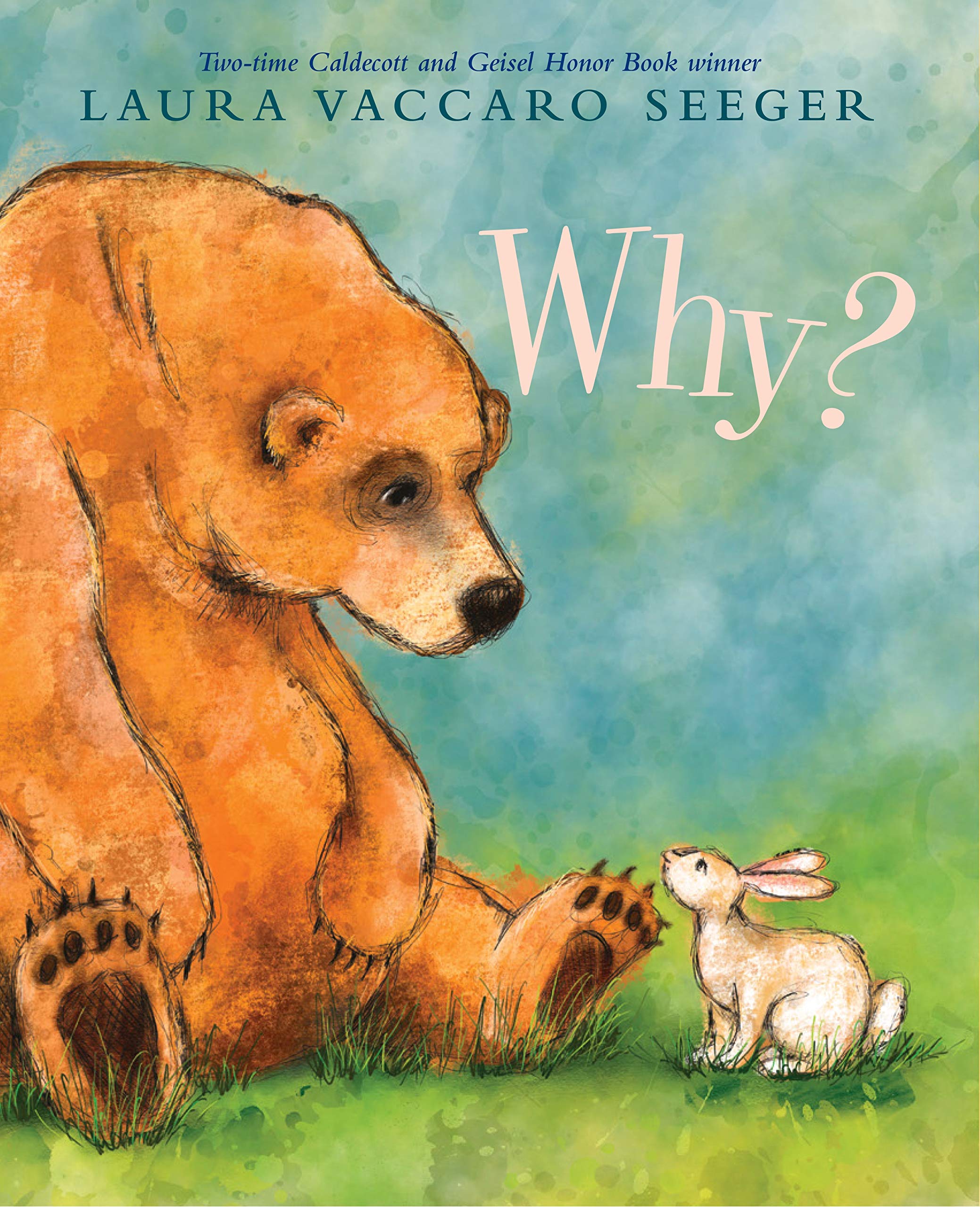 Summary:  “Why?” a curious rabbit asks his friend the bear.  “Because flowers need water to grow,” answers the bear as he waters his flowers.  “Because they are very far away,” he responds as the two look through a telescope.  “Wind” is the simple answer as the rabbit hangs on to a branch, and “Gravity” as he is blown off and falls into Bear’s arms.  When Rabbit asks about a dead bird, Bear says, “I don’t know why. Sometimes I just don’t know why!” As he heads for his den, Rabbit begs him to stay.  Now it’s Bear’s turn to ask “Why?” To which Rabbit responds, “Because then I would miss my friend. That’s why.” 32 pages; ages 3-8.

Pros:  You can’t really go wrong with a Laura Vaccaro Seeger book.  This one is an ode to friendship and also parent-child relationships with adorable animal illustrations.

Cons:  All those “why’s” can get a little pesky.