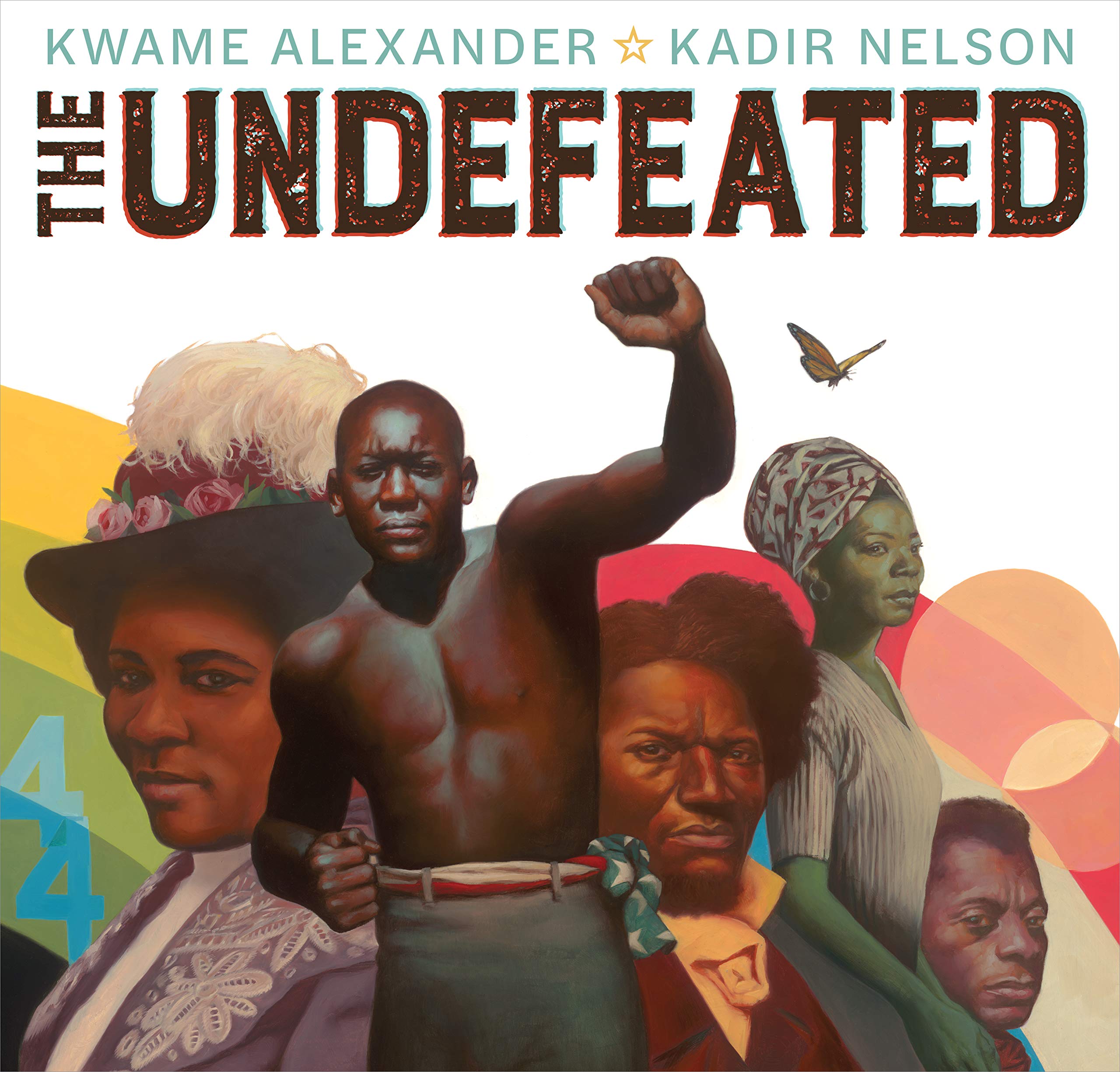 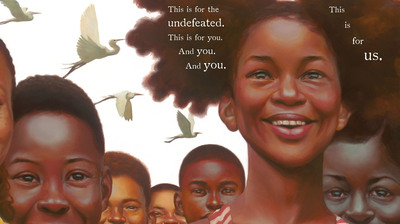 Summary:  “This is for the unforgettable/The swift and sweet ones/who hurdled history/and opened a world of possibility.”  Kwame Alexander’s poem is an ode to African Americans, both the famous and the unknown ones who played important roles in America’s history.  Kadir Nelson’s oil paintings on white backgrounds portray the subjects; a list at the end identifies them and gives more information about each one. Alexander has also written an afterword to tell how he came to write this poem in 2008, the year his second daughter was born and Barack Obama became president.  He concludes in the final line of the poem, “This is for the undefeated./This is for you./And you./And you./This is for us.” 40 pages; grades 1-5.

Pros:  The poem is extremely moving, as well as being an excellent introduction to a chunk of African-American history.  I hope Kadir Nelson’s amazing paintings will be recognized with some kind of an award.

Cons:  In the group pictures, each person is identified, but it’s just a list, so it’s difficult to tell who is who in the painting.

One thought on “The Undefeated by Kwame Alexander, illustrated by Kadir Nelson”