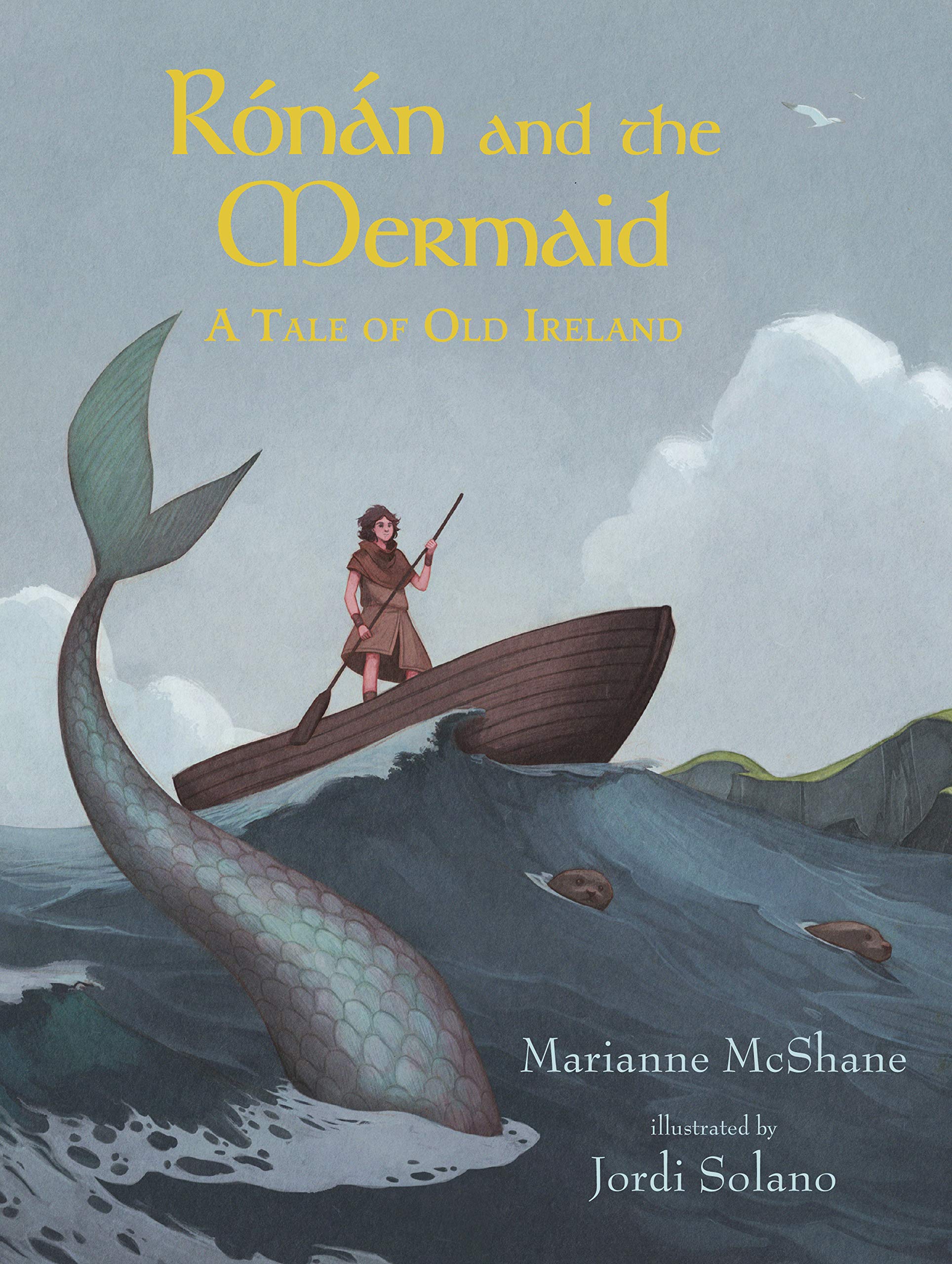 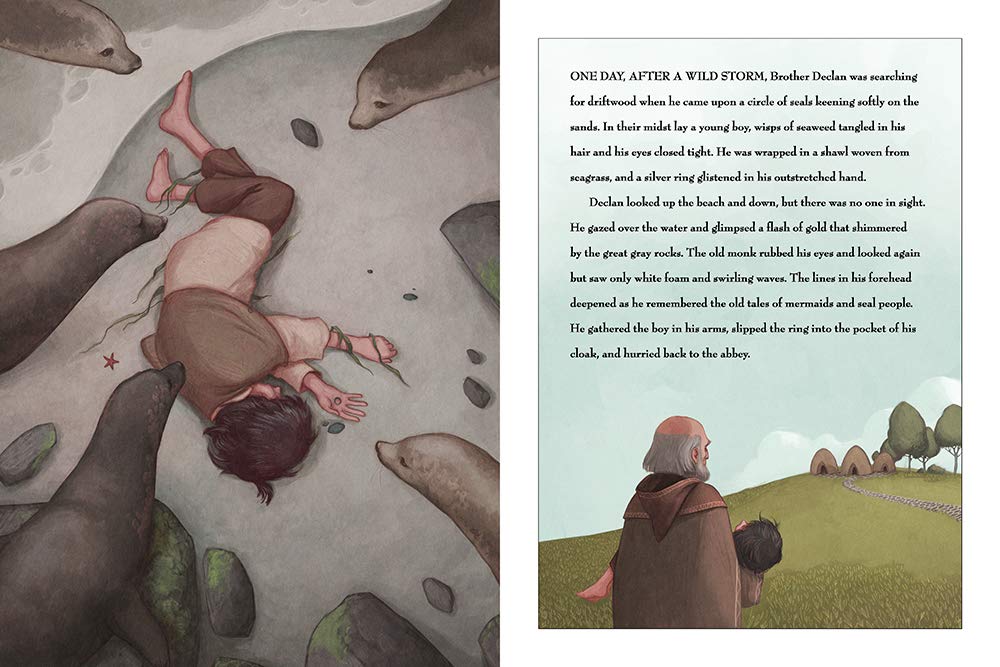 Summary:  When Brother Declan discovers a boy lying in the sand surrounded by seals, he takes him back to the Abbey of Bangor.  As he picks up the boy, he notices two things: a flash of gold in the water and a silver ring with the letter L on it in the boy’s hand.  As the boy recovers, he tells the monks that his name is Rónán, and that he and his father were caught in a storm while out fishing.  His father drowned, and as Rónán hears stories from the monks about mermaids, he starts to believe he was saved by one, specifically a legendary mermaid named Lihan.  The boy stays at the abbey, learning to do chores and to play the harp.  One night he hears the song of the mermaid, and plays his harp back to her.  The next morning, he goes out in a boat and finds Lihan.  It turns out she’s been waiting 300 years for peace, which she thinks can be had by getting blessed by the abbott.  Rónán brings her back to the abbey, and Lihan receives the blessing, is christened Muirgen, and becomes known as the Mermaid Saint.  Includes an author’s note telling the origins of this story.  32 pages; grades K-5.

Pros:  A fun and interesting retelling of a tale that will appeal to anyone with an interest in mermaids (selkies are mentioned as well).  The watercolor paintings add the right touch with their renderings of the Irish coast and the sea.

Cons:  The ending was kind of anti-climactic.  If I ran across a mermaid, I don’t know what my first thought would be, but it wouldn’t be to turn her into a saint.