Summary:  Brought to you by the same team (with new author Gomez) that produced The Three Ninja Pigs, Ninja Red Riding Hood, and Goldi Rocks and the Three Bears, here’s another martial arts-inspired fractured fairy tale told in rhyme.  Hensel (renamed from Hansel and now a girl…or “chick”) and Gretel use their martial arts training when they discover their parents held prisoner by a fox in a cornbread house.  Hensel gets stuck in a cage, but Gretel’s stealthy ninja moves rescue her.  The two chicks combine forces to free their parents and stuff the fox in the cage.  Result?  “Justice, not dinner was served.”  40 pages; ages 4-8.

Pros: As in previous books, the rhymes and vocabulary are hilarious, and Caldecott medalist Santat provides plenty of visual accompaniment.  A great read-aloud.

Cons:  Nothing will ever top The Three Ninja Pigs.

Summary:  Excitement is building in the White House as a new President is about to be inaugurated.  Mouse siblings (and White House residents) Ava and Dean are particularly excited because the new Commander in Chief has two children of her own.  The mice hope to add a Lego to the collection of White House treasures that generations of mice have maintained in tunnels around the house.  They see their chance to explore the kids’ rooms when everyone else is distracted by the inauguration ceremony, but plans go awry.  First, they get locked into a room with no tunnels, then the kids come back and discover them, resulting in a “Code Brown” that brings in Secret Service agents to try to get rid of the “vermin”.  There’s a happy ending for all, both human and rodent, and a promise of further interactions and adventures between the mice and their new human friends.  Back matter includes pictures of all the U.S. Presidents, fun facts about Inauguration Day, a floor plan of the part of the White House in the story, and a preview of book #2.  112 pages; grades 1-3.

Pros:  As a kid, I would have loved imagining being a mouse in the White House.  Ava and Dean are likeable characters, and readers will effortlessly learn a few facts about the presidency while enjoying the mice’s adventures.

Cons:  The plot is fairly predictable and the characters are pretty one-dimensional. 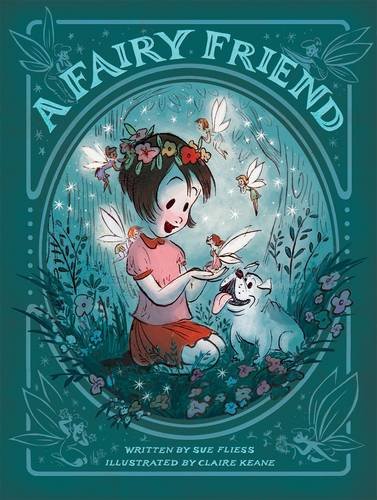 Summary:  Fairies are all around us, but they can be shy and hard to find.  You have to really seek them out.  The best way is to build a house with soft, fun furnishings, and some flower petal stew to eat.  If you’re lucky, a fairy will move in and become your friend, teaching you to fly and keeping you safe with her magic.  She may not stay forever, but you should never trap a fairy.  Let her go, and some day she and her friends will return.  32 pages; ages 4-8.

Pros:  Rhyming text and Disney-esque pictures (the illustrator is a former Disney animator) will spark the imagination of young readers, who will undoubtedly want to try to lure a fairy or two to their own homes.

Cons:  It would have been nice to have a boy join the girl protagonist.  I bet boys would enjoy making fairy houses, too.

Summary:  Thorn is trying to find his missing father when he is captured and sold into slavery.  He’s rescued by Tyburn, an executioner from the kingdom of Gehenna, a country of darkness and gloom, rumored to be home to zombies and other questionable beings.  13-year-old Lily, a.k.a. Lilith Shadow, is the new queen of Genenna, having come to power when her parents and brother were murdered.  Tyburn has executed five of the bandits who killed the royal family, and is determined to track down the sixth one, whom he believes to be the mastermind and someone who wants to see Lily dead.  When Thorn becomes Tyburn’s squire, he meets Lily and gets drawn into the dangerous world around her.  Together, they experiment with some dark magic and race against time to try to unmask the evildoer whose ultimate goal is to take over Gehenna.  336 pages; grades 4-6.

Pros:  Fans of Harry Potter and Percy Jackson will enjoy this first entry in a new series featuring young teens learning to use their magical powers to defeat the evil around them.  With lots of adventures, plot twists, and short exciting chapters, this is sure to please fantasy readers.

Summary:  Before the title page, a boy lies on his bed, wishing he could fly.  A couple pages later, he’s in wheelchair on the beach, watching a bird called a godwit flying with his flock.  They’re heading north, on the longest migration any animal in the world makes, traveling 7,000 miles from Australia to Alaska.  It’s a perilous journey, but the godwit finally makes it.  He builds a nest and finds a mate.  Together they have four babies, only one of which survives to make the return trip with his parents.  The flock flies for nine days and nights without stopping, arriving back at the beach where the story started, and where the boy has now abandoned a set of crutches to run along the beach.  An author’s note tells more about godwits and some of the threats to their survival.  48 pages; grades K-3.

Cons:  A hungry fox eats the other three chicks. Summary:  The title page shows three pigs cowering in their house, while the wolf leans against a tree, yawning.  Next up is Jack, chased by a sweating, exhausted giant.  Clearly it’s time for the villains to get some rest.  They gather together for the night, surprisingly kind for one another, to eat dinner and get ready for bed.  Rumpelstiltskin could go for a bedtime story; the three billy goats’ troll needs a long bath.  Finally, it’s time to crawl under the covers.  A witch checks under the giant’s bed to reassure him that there are no princesses hiding there.  Then finally, “Underneath a starry sky/sing a baddie lullaby.  Day will bring more evil schemes/Good night, baddies…sour dreams!”  32 pages; ages 4-8.

Pros:  The rhyming text, illustrations, and entire idea behind this book are all very funny and cleverly executed.  Kids will enjoy identifying the classic fairy tale associated with each villain, and may be reassured to see that the “baddies” are really not so bad after all. 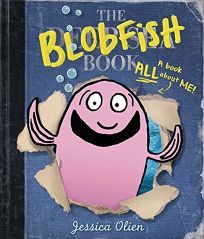 Summary:  Blobfish takes a book called The Deep Sea Book and turns it into The Blobfish Book.  The original is about the deepest part of the ocean, with photographs of some of the animals that live there.  Blobfish’s version has a pink cartoon of himself drawn onto the photographs, attempting to make it all about him.  Finally, the book gets to the page about blobfish, but the sentence “The blobfish was once voted the world’s ugliest animal” stops the narrator in his tracks.  Fortunately, the other sea creatures are paying attention, and they join forces to create a final page that celebrates Blobfish and cheers him up again.  Includes more facts about the deep sea and its creatures, plus a list of additional resources.   40 pages; ages 4-8.

Pros:  2016 is turning into The Year of the Blobfish…this is the second kids’ book featuring a blobfish in the last six months (see Pink is for Blobfish).  This one is a fun blend of fact and fiction, with some facts about the deepest parts of the ocean being snuck in around Blobfish’s slightly obnoxious, but always good-intentioned narration.

Summary:  Joe is off to England from Cleveland, Ohio, having been drafted to fight in World War II.  His younger brother Charlie slips a letter into his bag before he leaves, and this begins a correspondence between the two brothers that lasts from June 6, 1942 until August 2, 1944.  Only the first and last letters are from Charlie, although others are alluded to as Joe writes home about his war experiences.  Although Charlie’s always looked up to Joe, Joe doesn’t see himself as a hero, just an ordinary guy struggling to survive in extremely difficult conditions.  Training, dealing with a bully in his unit, capturing a spy, and a (sort of) failed mission are all detailed in his letters, which lead up to the climax of D-Day on June 6, 1944.  The final letter is Charlie’s, telling Joe how his courage helped Charlie deal with a bully at home.  An author’s note gives a little more background on Joe’s mission and the history recounted in soldiers’ letters home during World War II.  112 pages; grades 2-5.

Pros:  A good introduction to World War II for younger readers, with likeable characters, inspiring courage, and some adventure, but not too much gory detail.

Cons:  Joe’s mission, which seems to have taken a couple days, takes him almost five months to describe in his letters. 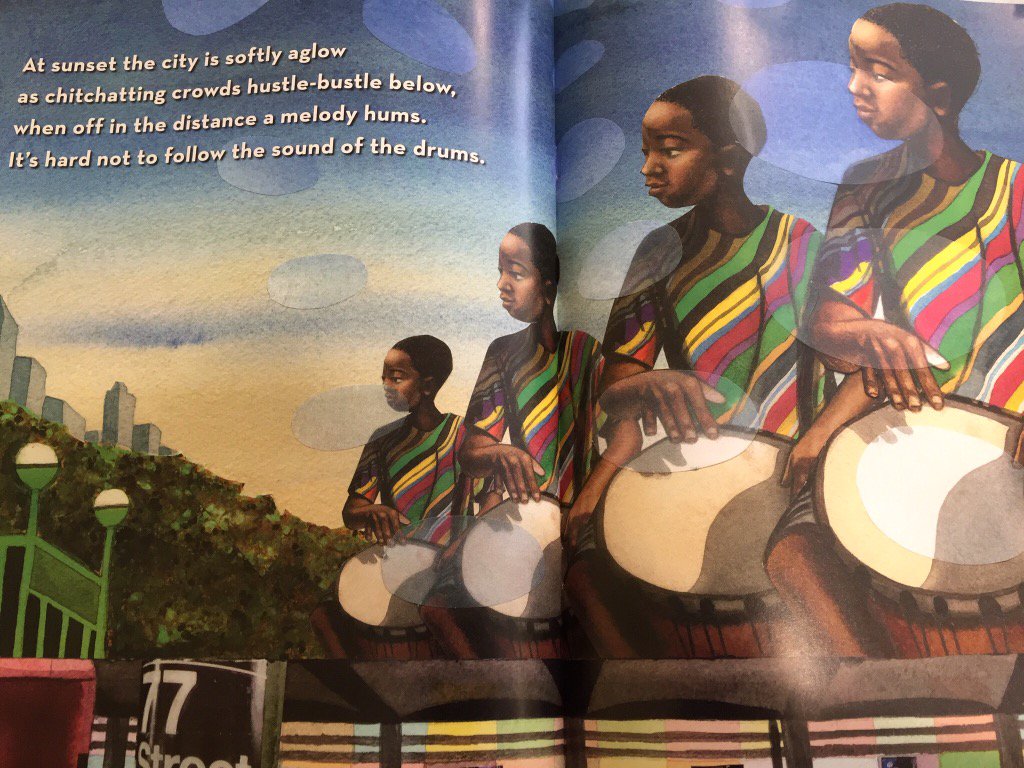 Summary:  Rhyming text follows a little girl around the city, finding different shapes in what she sees.  Shapes include a square, rectangle, triangle, circle, oval, diamond, and star.  The watercolor and collage illustrations are colorful and busy, making it a fun challenge to find the items mentioned in the text.  An author’s note tells of her love for New York City that inspired this book, and the illustrator’s note explains how he created the pictures (and that the girl in the book is his four-year-old daughter).  40 pages; ages 4-8.

Pros:  Award-winning illustrator Bryan Collier has created a bright visual feast on every page of a book that would make an excellent introduction to shapes.  Kids will be inspired to find shapes in their everyday lives.

Cons:  Only seven shapes are introduced. 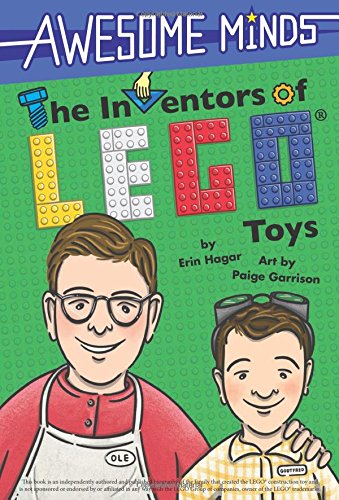 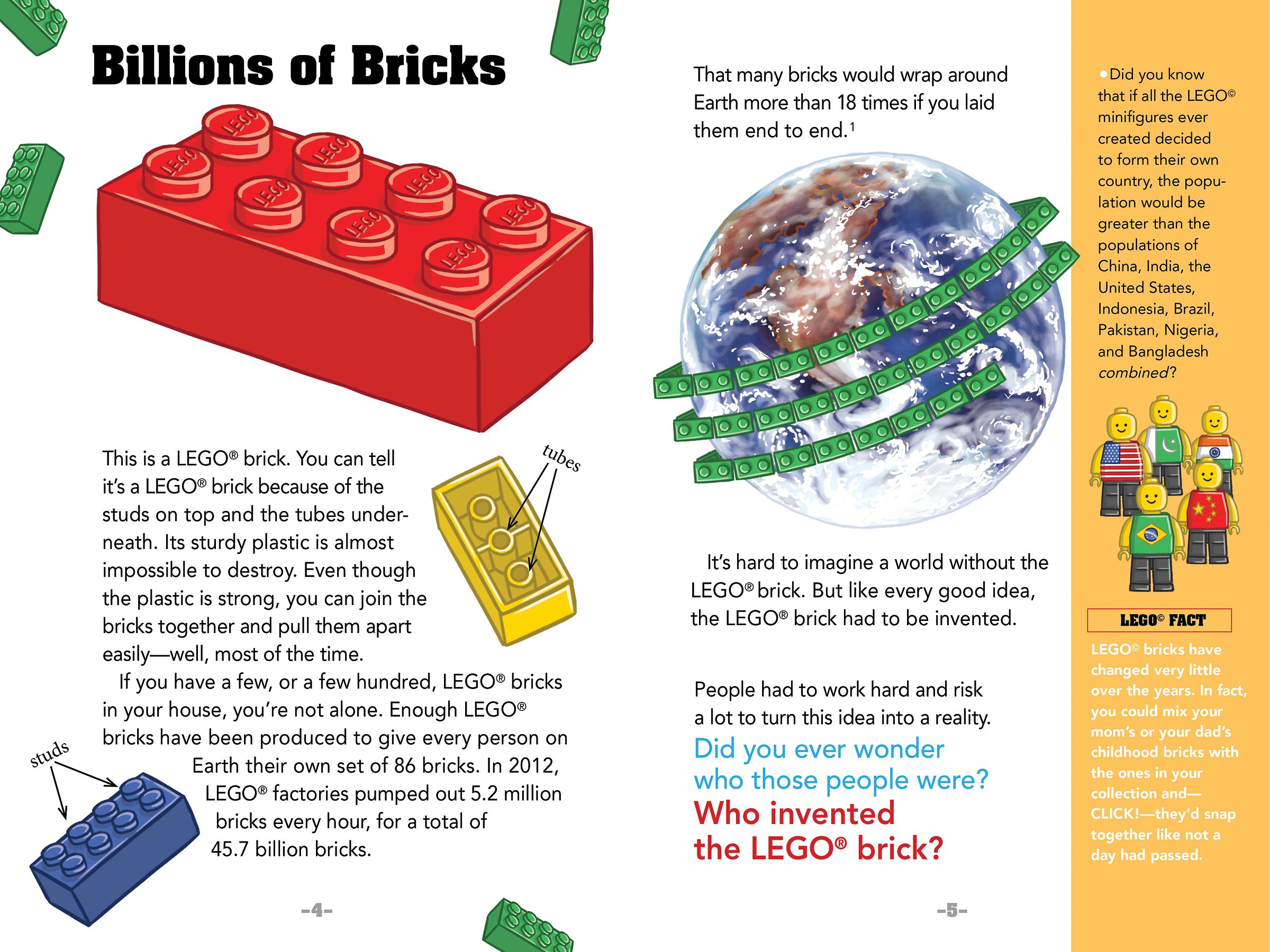 Summary:  When Ole Kirk Christiansen made the decision to change careers from carpenter to toymaker, he couldn’t have predicted the impact he would ultimately have on the world.  His family-owned business became the LEGO company.  After World War II, Ole Kirk decided to switch from wooden toys to plastic.  His son Godtfred took over the business, and ultimately made the fateful decision to focus on one toy—the sets of LEGO bricks the company had begun manufacturing in 1949.  Of course, this expanded to the LEGO empire we know today.  The story goes up to the present, with a couple pages devoted to the development of LEGOLAND and some of the amazing ideas that have come out of the LEGO company.  Includes a glossary, index, and book list of other books about inventors.  48 pages; grades 2-5.

Pros:  Filled with colorful illustrations and interesting sidebars on almost every page, this engagingly written biography/history will entertain and education LEGO fans everywhere.

Cons:  Should we be afraid that if minifigs got together to form their own country, it would be greater than the population of the United States, China, India, Indonesia, Brazil, Pakistan, Nigeria, and Bangladesh combined?