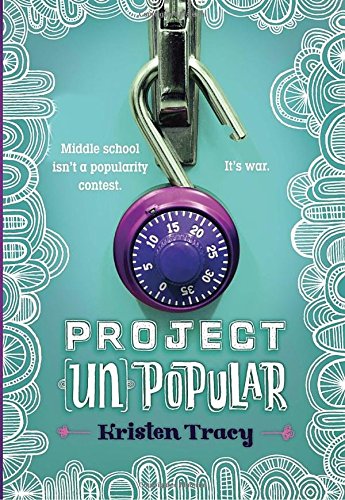 Summary:  Perry’s excited to be starting middle school, especially when she joins the yearbook staff as a photographer.  When eighth grade editor Anya takes Perry and her best friend Venice aside to give them “feedback” on their photos, Perry is thrilled, but Venice is suspicious.  Seventh grader Leo tells them that Anya isn’t to be trusted, and before long he and Venice are plotting against her.  Perry, feeling left out, allies herself with Anya, but becomes disillusioned when she realizes Anya is creating a yearbook that will showcase her and her popular friends.  Perry tries to take control, but ends up making things far worse, ultimately causing a suspension for Leo and detention for both her and Venice.  It looks like Perry and Venice’s friendship may be over, but things are smoothed over by the end, and they’re ready to face the future in book 2 of this series.  336 pages; grades 4-7.

Pros:  Readers will laugh out loud at Perry’s missteps and constant misreadings of various situations.  A series that’s sure to be as popular as Anya purports to be.