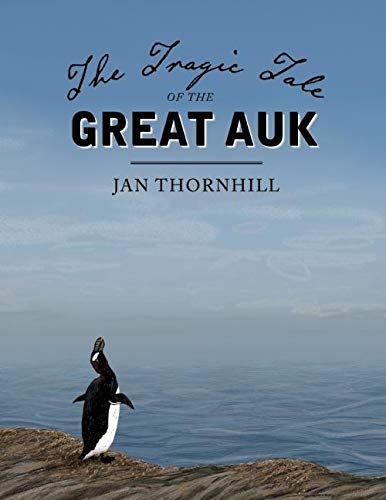 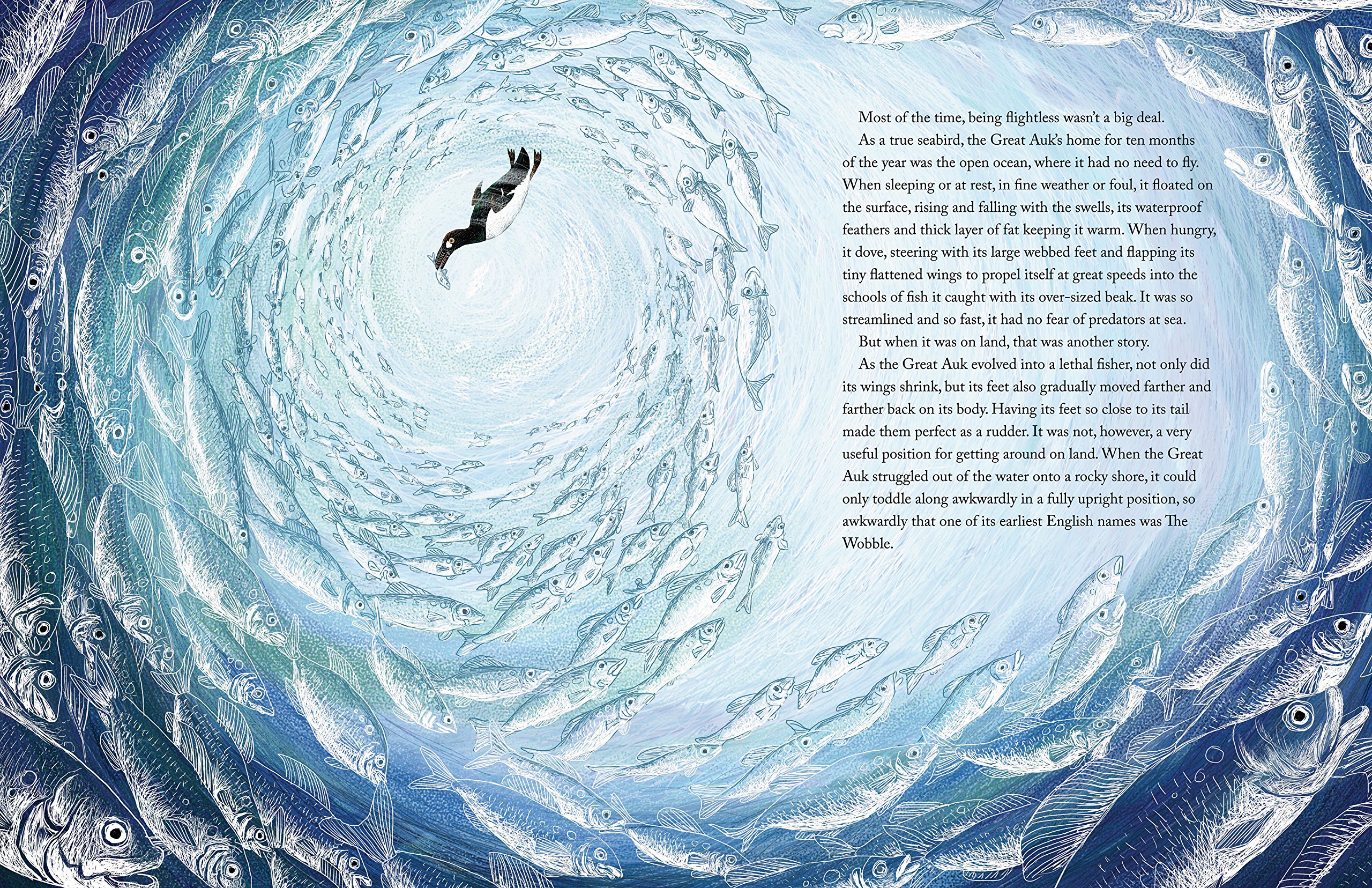 Summary:  For thousands of years, the Great Auk lived in northern seas.  It evolved to live in the water, only coming ashore to mate and lay a single egg once a year.  On land, it was slow and clumsy, but it nested in rocky places that were difficult for predators to reach.  Humans coexisted with the Great Auk for centuries.  The birds and their eggs were hunted, but not to excess.  When Europeans started traveling to North America, though, everything changed.  Ships’ crews were delighted to find fat, slow birds in great numbers to replenish their dwindling supplies of food during a long journey.  Eventually, the birds started dying off until entire colonies disappeared.  Later, birds and eggs were hunted by collectors, who would kill and stuff the birds for their displays.  In 1844, the last pair was killed by Icelandic hunters hired by a Danish collector.  This sad story ends on a few positive notes.  Funk Island, once home to many Great Auks is now a preserve for sea birds.  The decomposing bodies of the many Auks that were killed there turned into soil that covered the rocks, making the island hospitable to puffins.  The final page invites readers to join the ordinary people from around the world who are working to conserve other species before they, like the Great Auk, disappear.  44 pages; grades 2-6.

Pros:  Informational writing at its best; the Great Auk’s story is engagingly told and beautifully illustrated, touching on all kinds of topics from evolution to adaptation to conservation.  Readers will be horrified by the wasteful hunting of the birds, and hopefully inspired to help prevent other species’ extinctions.

Cons:  There’s a lot of text for a read-aloud.