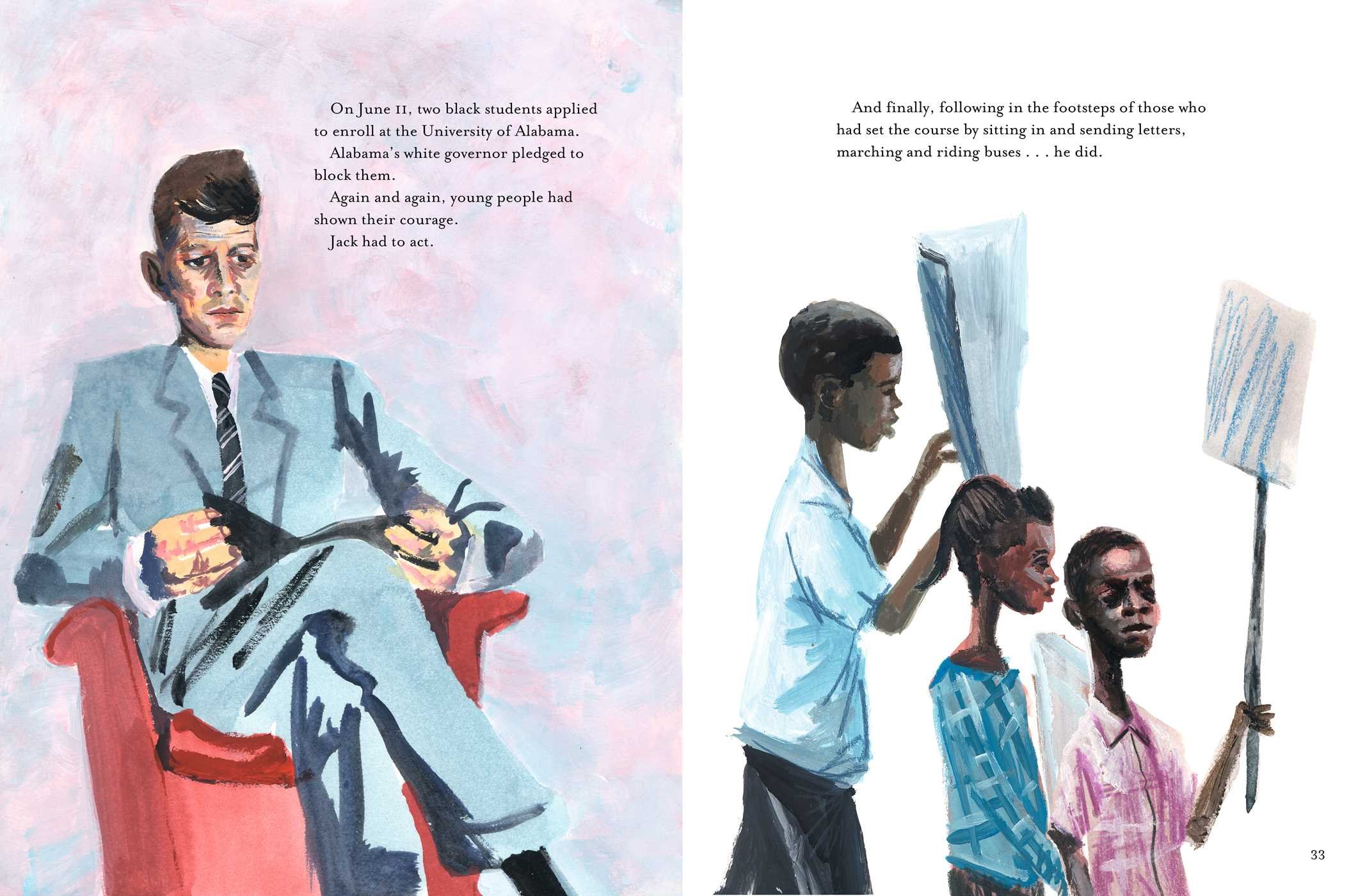 Summary:  Young John F. Kennedy didn’t always do well in school, and he was often sick.  But as he grew up and studied history, he became interested in the meaning of courage and how he could help others in the world. When his older brother Joe died in World War II, Jack became the focus of his family’s political ambitions.  When he was elected President, he quickly took action in a number of areas, like establishing the Peace Corps and starting the space race.  But he was less decisive on civil rights.  African-American leaders like Martin Luther King, Jr. and Jackie Robinson pressured him to act more forcefully, but it wasn’t until he saw young people around the country marching and going to jail that he found the courage to speak up.  The “big speech” of the title is his civil rights address, given June 11, 1963, that ultimately led to the 1964 Civil Rights Act.  Readers are encouraged at the end of the book to take action like those who inspired JFK to make this famous speech.  An author’s note gives more background; there are also thumbnail profiles of other famous people in the book and additional resources.  56 pages; grades 3-6.

Pros:  An inspirational story of the many accomplishments of John F. Kennedy, as well as a look at an area he where he was slow to act, and how others’ deeds finally led him to do the right thing.  The bold paintings complement the bold actions of the narrative.

Cons:  For a picture book, there’s a lot of content for readers to understand.