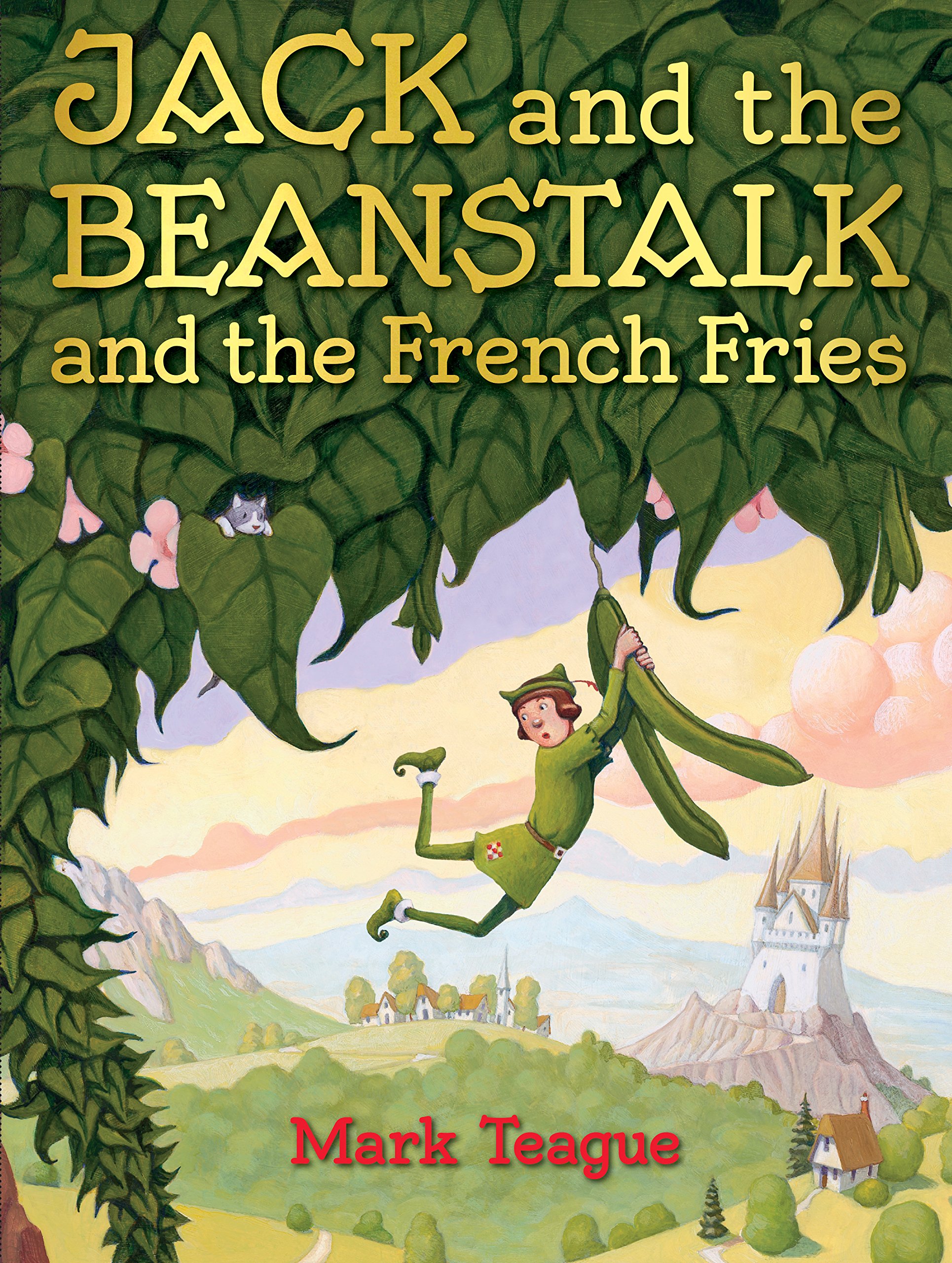 Summary:  The familiar story of Jack begins as usual when he trades the family cow for some bean seeds that his irate mother tosses out the window.  The huge stalk grows, but then the story veers off into a new and humorous direction.  Jack’s mother is thrilled with the free food the beanstalk provides, and Jack finds himself eating bean soup, bean salad, and other bean dishes three times a day.  When he receives a bean bag and a slice of bean cake on his birthday, he’s ready to take a hatchet to the stalk.  But the old man who sold him the seeds reappears and encourages Jack to check out what’s at the top of the huge plant.  Jack takes his advice and discovers a giant’s wife, who is cooking…you guessed it, beans.  The giant feels the same way as Jack does about beans, and the two return to Jack’s home in search of French fries.  They plant a vegetable garden, which proves to be influenced by the presence of the beanstalk, and grows a plethora of large vegetables.  Everyone–humans and giants alike–is thrilled with the new diet, which of course includes extra-large fries.  40 pages; grades K-3.

Pros:  Mark Teague has produced another winning takeoff on a fairy tale.  Kids will love the funny story and illustrations, and teachers will enjoy comparing it to other versions of Jack and the Beanstalk.