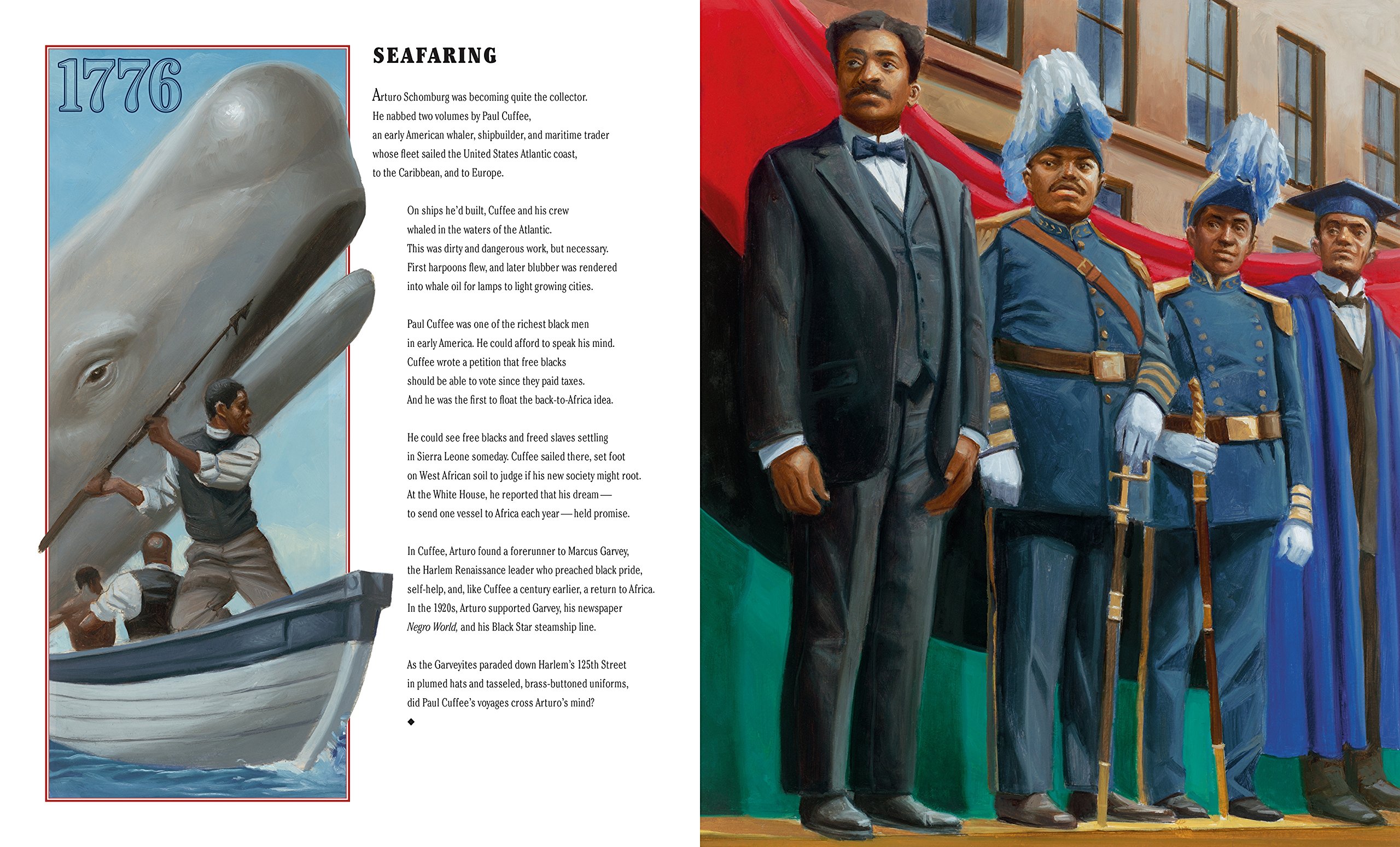 Summary:  Arturo Schomburg grew up in Puerto Rico, where he loved reading and history.  When his fifth grade teacher told him that people from Africa had no history, he began a lifelong quest to prove her wrong.  At age 17, he moved to New York and became a bank clerk, but his real passion was collecting books, papers, and pamphlets having to do with African and African-American history.  Eventually, his collection grew to such a size that his wife said she was leaving if he didn’t sell it.  The New York Public Library purchased it, and it became the cornerstone of their Negro History, Literature, and Prints collection.  Schomburg also served as curator for the Negro Collection at Fisk University Library in Tennessee.  Includes a timeline and bibliography. 38 pages; grades 3-6.

Pros:  The free verse poems that make up the text tell the story of Arturo Schomburg, but also of many of the people whose stories he collected, including Phillis Wheatley, Frederick Douglass, and Toussaint Louverture.  A poem called “Whitewash” explores the African heritage, mostly ignored, of such famous people as John James Audubon, Alexandre Dumas, and Beethoven.  The large oil paintings that illustrate this oversized book bring all these subjects to life.

Cons:  From the outside, this looks like a picture book biography of Arturo Schomberg, but there is much more to it.  It would be doing a disservice to try to get through it all in a single sitting.