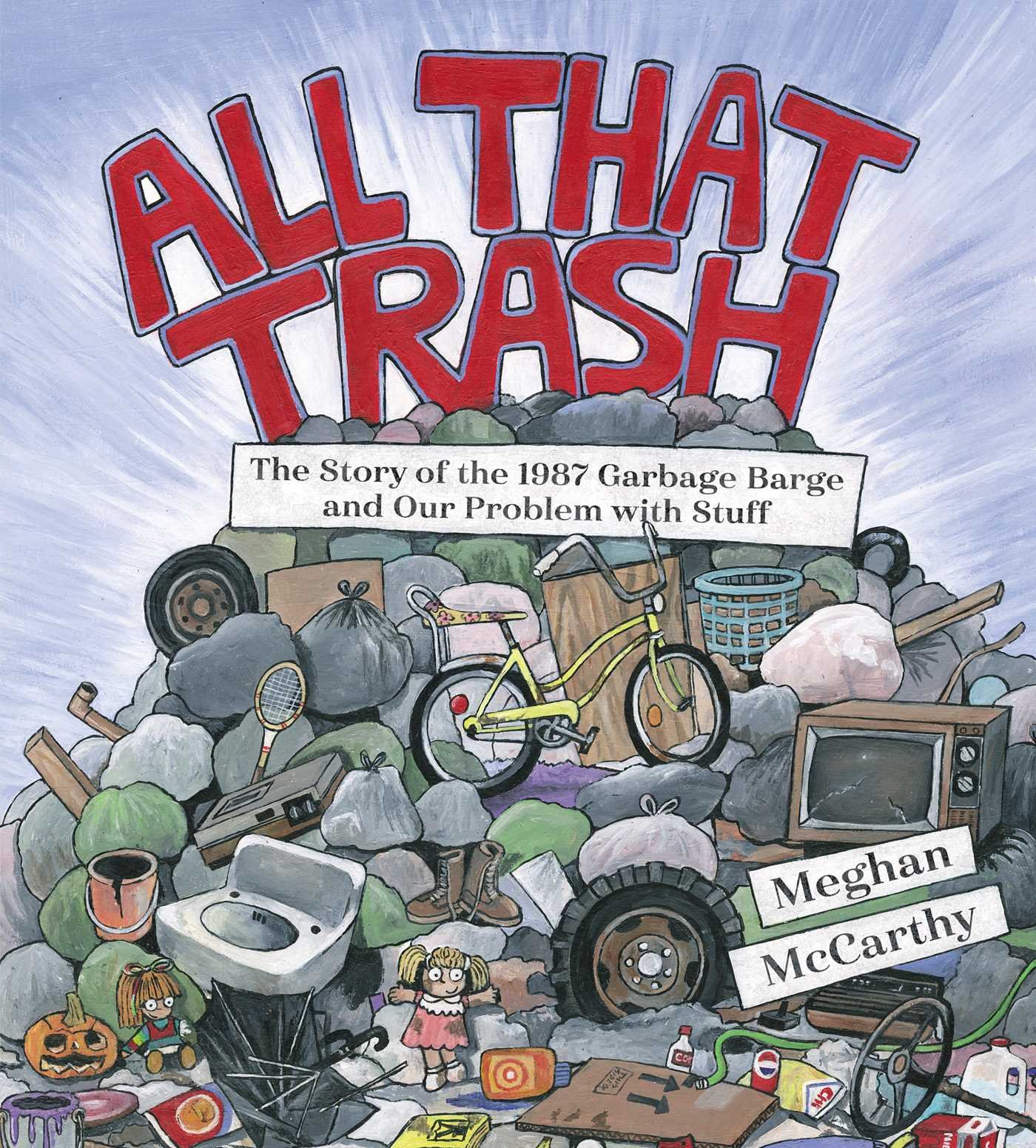 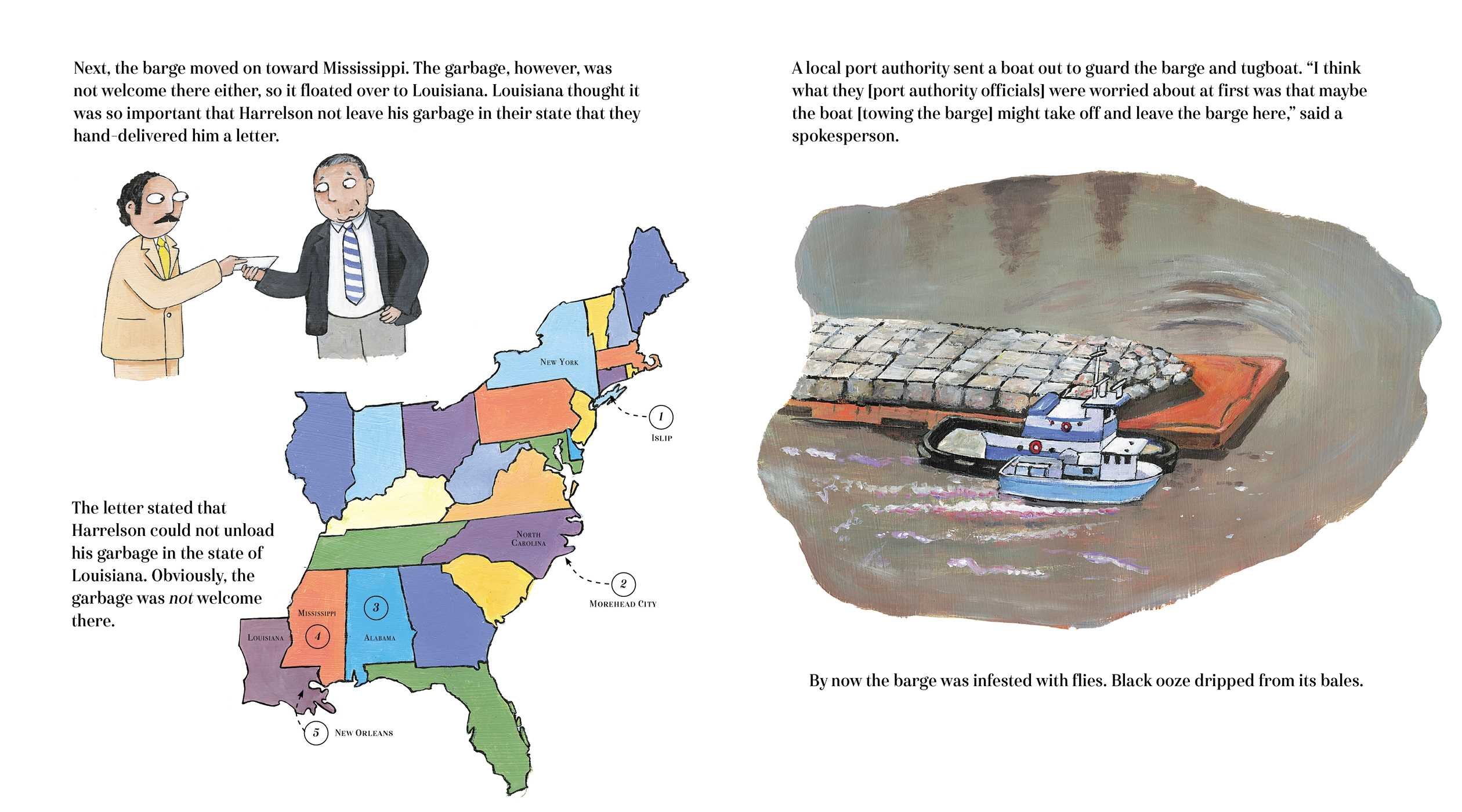 Summary:  In 1987, Lowell Harrelson had the brilliant idea to make electricity from the methane gas released by decomposing garbage.  He rented a barge, hired two tugboat drivers, and loaded over 3,000 tons of garbage to be hauled from New York to North Carolina.  When the (incorrect) rumor got out that there was medical waste on the barge, officials in North Carolina refused to let the trash into the state. Thus began a saga that continued for five months and over 6,000 miles as one state after another (and a few countries) refused the barge entry.  Unbelievably, the trash ended up back in New York, where sanitation workers burned it. The news media picked up the story and ran with it, raising awareness about the problem of overflowing landfills and giving momentum to the recycling movement. Includes additional facts about the barge, garbage, and recycling, as well as a very complete bibliography.  48 pages; grades 2-5.

Pros:  Meghan McCarthy has a knack for finding obscure stories and bringing them to life, making them relevant to today’s readers.  Her bug-eyed portraits and cartoon bubbles make this entertaining and highly readable, while the text imparts plenty of information.