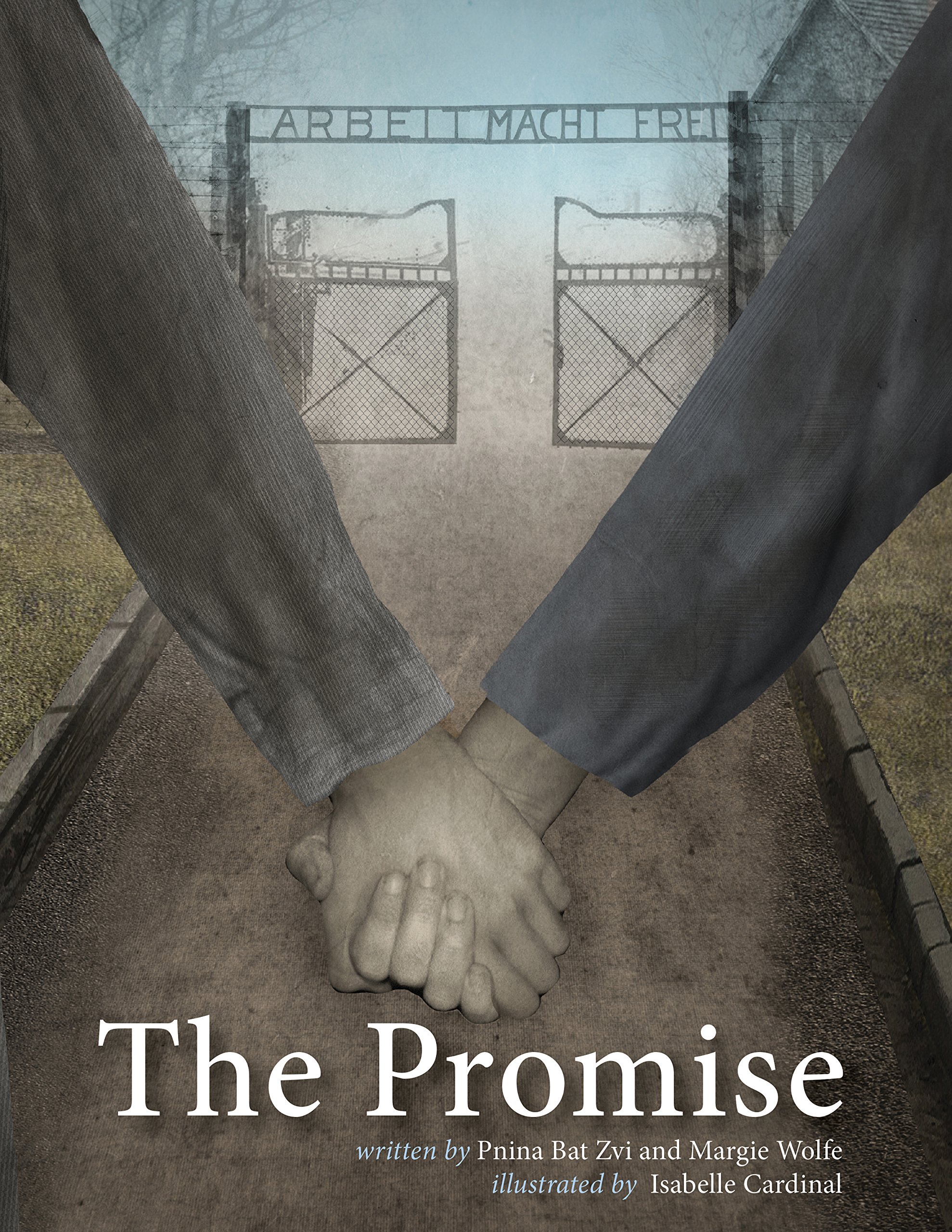 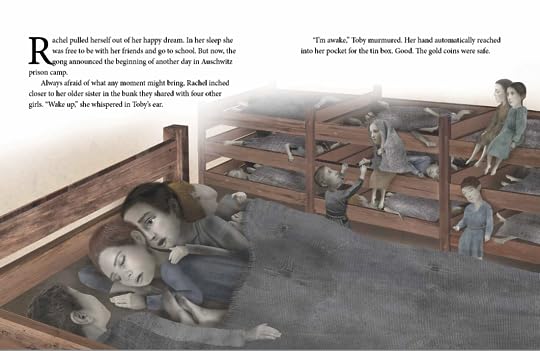 Summary:  Rachel and Toby have been in Auschwitz since the night their parents were taken away by the Nazis.  Before he left, their father gave Toby three gold coins.  Their mother told them to stay together no matter what.  Toby promised to take care of Rachel and not to spend the coins unless she absolutely had to.  When Rachel falls ill in the concentration camp, Toby realizes the situation is desperate enough to warrant using the coins.  She successfully rescues her sister from the sick ward, defying the Nazi guards and earning herself a beating.  The girls are allowed to stay together, though, and survive their imprisonment until the end of the war.  32 pages; grades 4-8.

Pros:  A beautiful and moving story about courage, loyalty, and hope during the most difficult circumstances.  The authors are cousins, the daughters of Rachel and Toby.

Cons:  Most reviewers recommend this book for grade 2 and up, but I would be hesitant to share it with kids under the age of 10.  The illustrations are kind of creepy, and the death of several characters at the hands of the Nazis is implied.