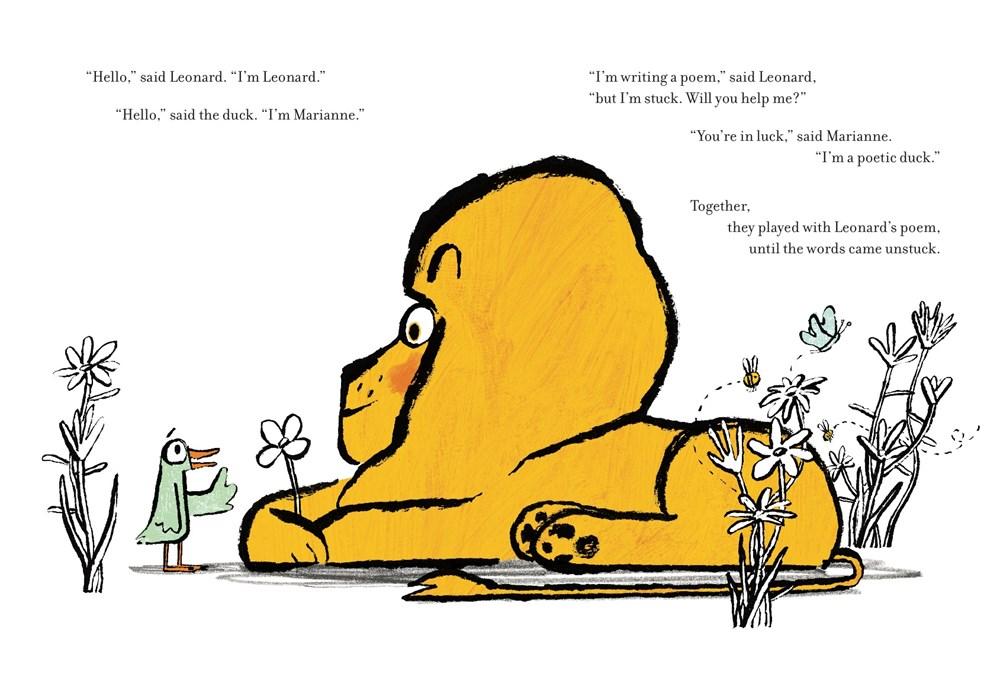 Summary:  Lions are supposed to be fierce and chomp other animals, but Leonard is different.  He likes to daydream and write poetry, and when he meets a duck named Marianne, he makes friends with her instead of eating her.  They’re happy creating poems and discussing the nature of the universe until the other lions show up and start telling Leonard that he’s not behaving like a real lion.  Marianne disagrees, and the two of them come up with a poem that perfectly expresses how they feel. The conclusion: “Some say words can’t change the world. Leonard says, if they make you think, maybe they can.  Is there just one way to be a lion?  I don’t think so…Do you?”  32 pages; ages 4-8.

Pros:  Ferdinand the Bull for the 21st century.  This brief, sweet story celebrates friendship and being yourself in terms that preschoolers will understand.

Cons:  It seems unlikely that Leonard will survive long without at least some chomping.