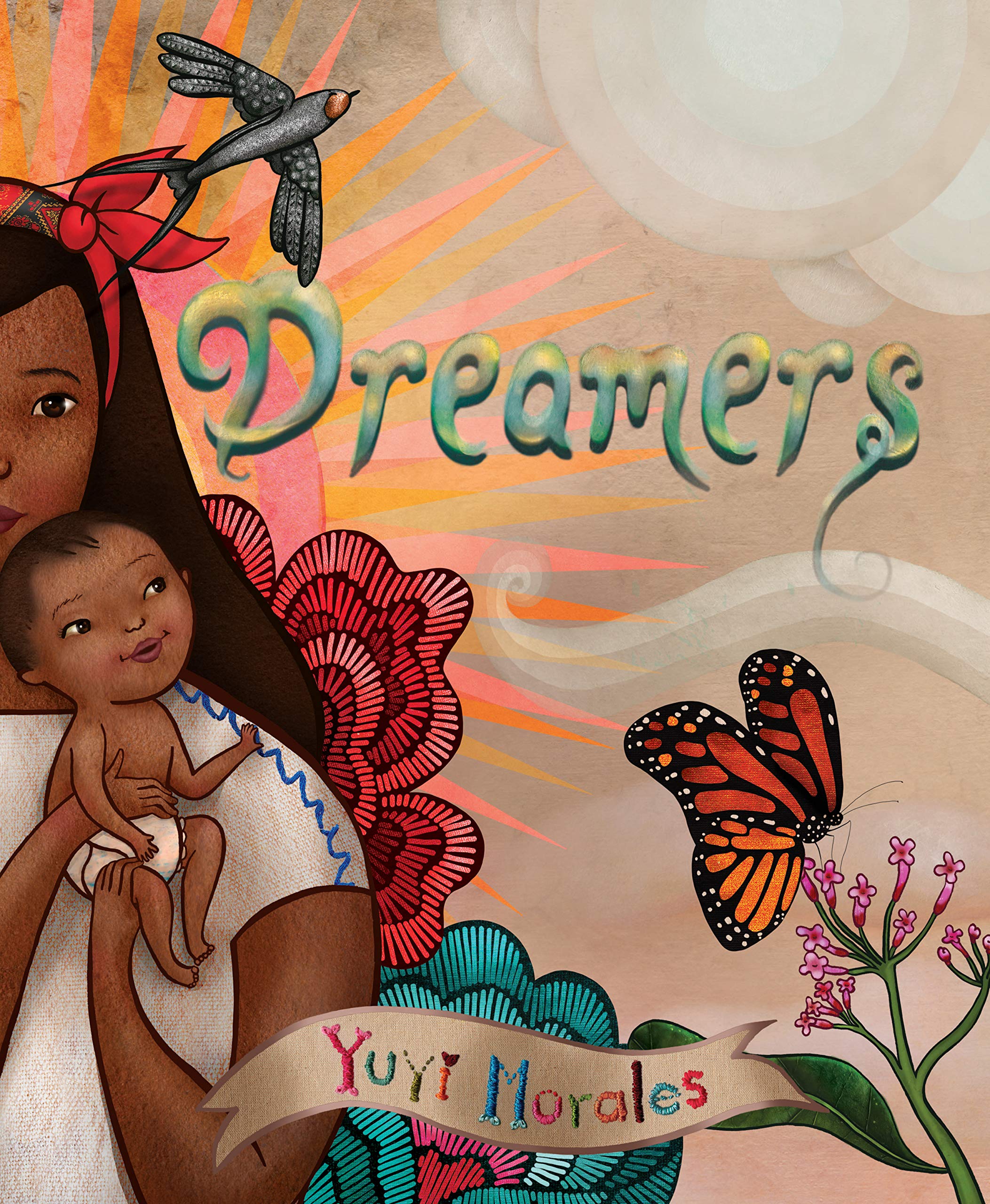 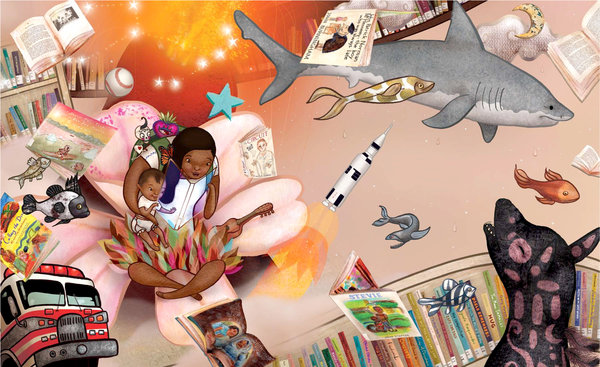 Summary:  “I dreamed of you,/then you appeared./Together we became/Resplendent life, you and I.”  So begins Yuyi Morales’s book addressed to her son, whom she carried across a bridge into a new country when he was a baby.  Together they explore their new home, confused by the language and often making mistakes (demonstrated by the picture of her playing with her young son in a public fountain, while a police officer stands by with his hands on his hips).  One day they discover a miraculous place: the public library. “Suspicious. Improbable. Unbelieving. Surprising. Unimaginable.” Slowly, she learns about the library, and picture books open up a new world to her and her son, teaching them to read, write, and speak.  “We are stories./We are two languages./We are lucha./We are resilience./We are hope./We are dreamers, sonadores of the world./We are Love Amor Love.” Includes “My Story”, a two-page note from Morales about her journey from Mexico to the U.S. and how the public library helped her and her son Kelly pursue their dreams in their new country; also books that have inspired her.  Simultaneously released with Sonadores, the Spanish language version. 40 pages; ages 4-8.

Pros:  Yuyi Morales hasn’t really been on my radar as an illustrator, but this beautiful book made me go back and look at what other books she has done (her best known is probably Viva Frida which won both the Belpre Medal and a Caldecott honor).  Her note on how she created the pictures reveals that they are a blend of acrylics and ink, along with a long list of items that she photographed and scanned.  This makes for bright, colorful, textured illustrations. Kids will enjoy finding books that they recognize in the pictures from the library. The brief, poetic text beautifully expresses the hopes and dreams of those immigrating to the U.S.  Look for this title during awards season.

Cons:  Young kids may need some help in understanding what is going on in the story.