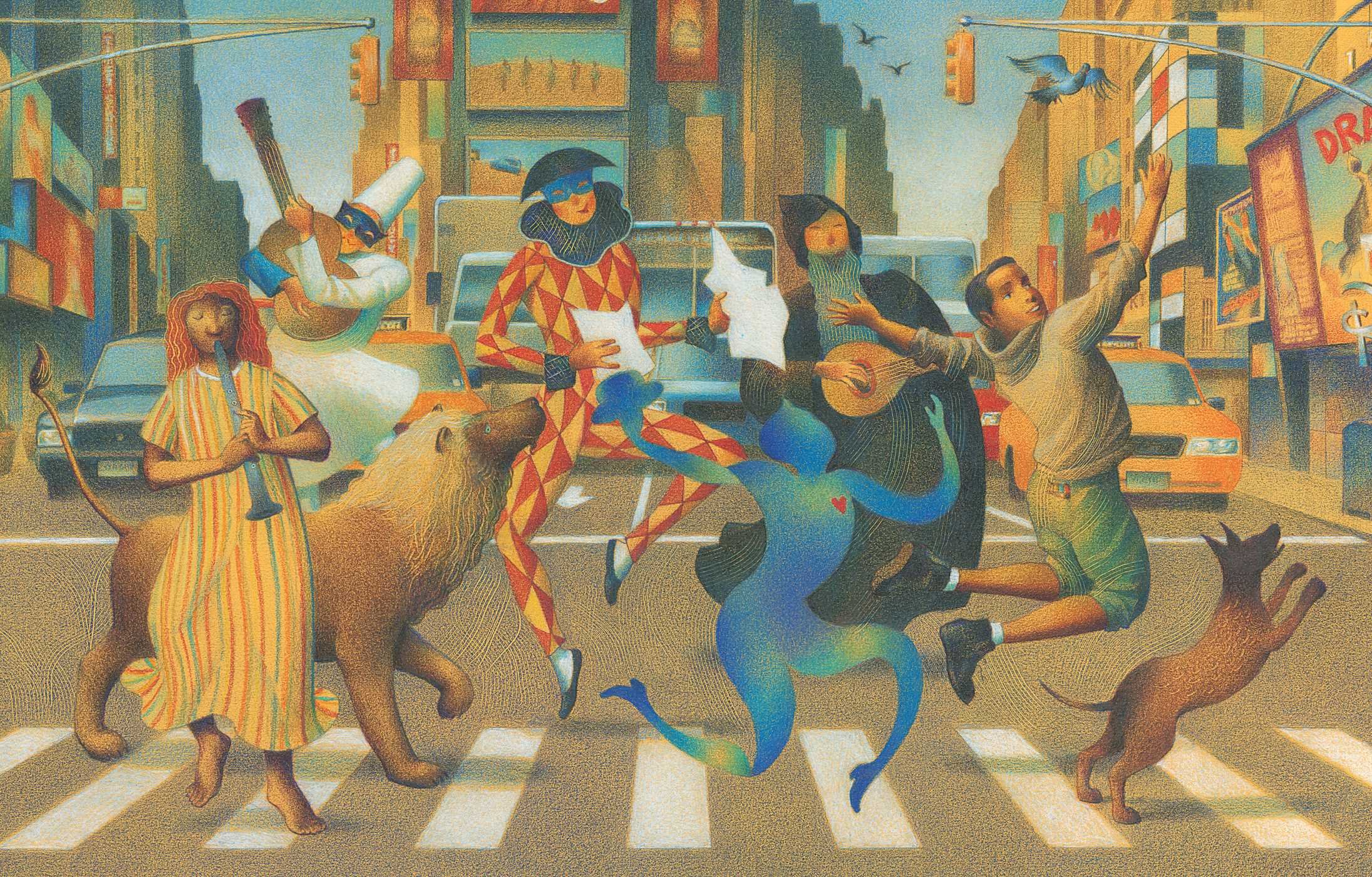 Summary:  A boy rides his skateboard over the Brooklyn Bridge to the Museum of Modern Art.  Inside he is captivated by three painting: Pablo Picasso’s Three Musicians, Henri Rousseau’s The Sleeping Gypsy, and Henri Matisse’s Icarus.  As he gazes at them, the figure from Icarus steps out of the painting and starts dancing with the boy.  The three musicians soon join them, playing their instruments, and finally the woman and lion from Rousseau’s painting follow the group as they head out of the museum.  They explore the city, riding the subway, taking a dip on the Cyclone roller coaster, eating hot dogs, and climbing the Statue of Liberty before heading back to MOMA.  The boy says goodbye as they all return to their paintings, then he gets his skateboard and heads for home. Along the way, he sees a big building and is inspired to paint pictures of his new friends on its side.  An author’s note tells how he developed his own love of art and hopes to inspire readers. 48 pages; ages 4-8.

Pros:  This wordless picture book is a follow-up to Colon’s 2014 Draw!, sharing with readers a love of art and creativity that started when he was a child.  The watercolor paintings give the illustrations a dreamy quality that is appropriate for a story of imagination.  Maybe a contender for Caldecott recognition.

Cons:  I wish the original paintings had been shown somewhere in the book.