Published by Lee and Low 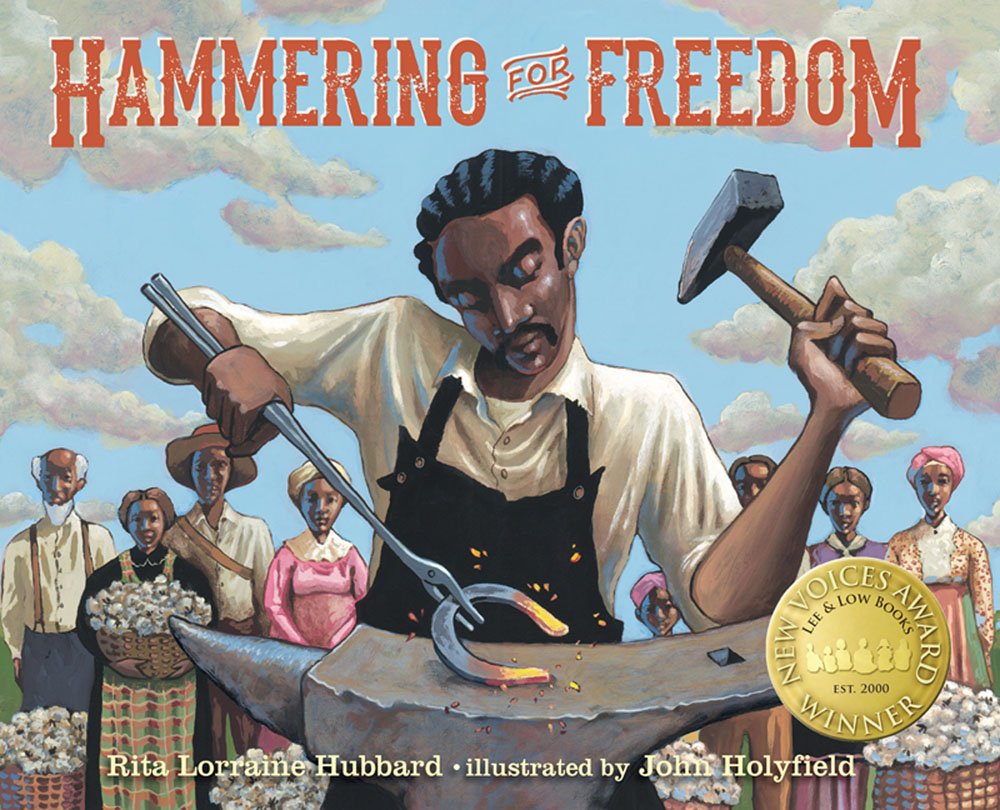 Summary:  William “Bill” Lewis was born on a Tennessee plantation in 1810, where he and his family had to work long days in the fields of Colonel Lewis’s plantation.  At a young age, he was moved to the blacksmith’s shop where he became good enough at repairing and building tools that he was able to make a little money.  By the age of 27, he had saved enough to rent himself out and start his own business in Chattanooga.  By that time he had also married and had a son.  Slowly he saved enough money to buy his own freedom, his son’s, and his wife’s, which meant the rest of their children were born free.  He paid cash for a large house for them all to live in.  Twenty six years after arriving in Chattanooga, he finally succeeded in freeing his mother, aunt, and all of his siblings.  Includes an author’s note with more information about Lewis and source notes.  32 pages; grades 1-5.

Pros:  An inspiring story of an ordinary man who lived a life of hard work, thrift, and community service to improve the lives of himself and his family.

Cons:  I was disappointed to learn in the author’s note that, after all that hard work, Lewis lost a good deal of his net worth post-Civil War.