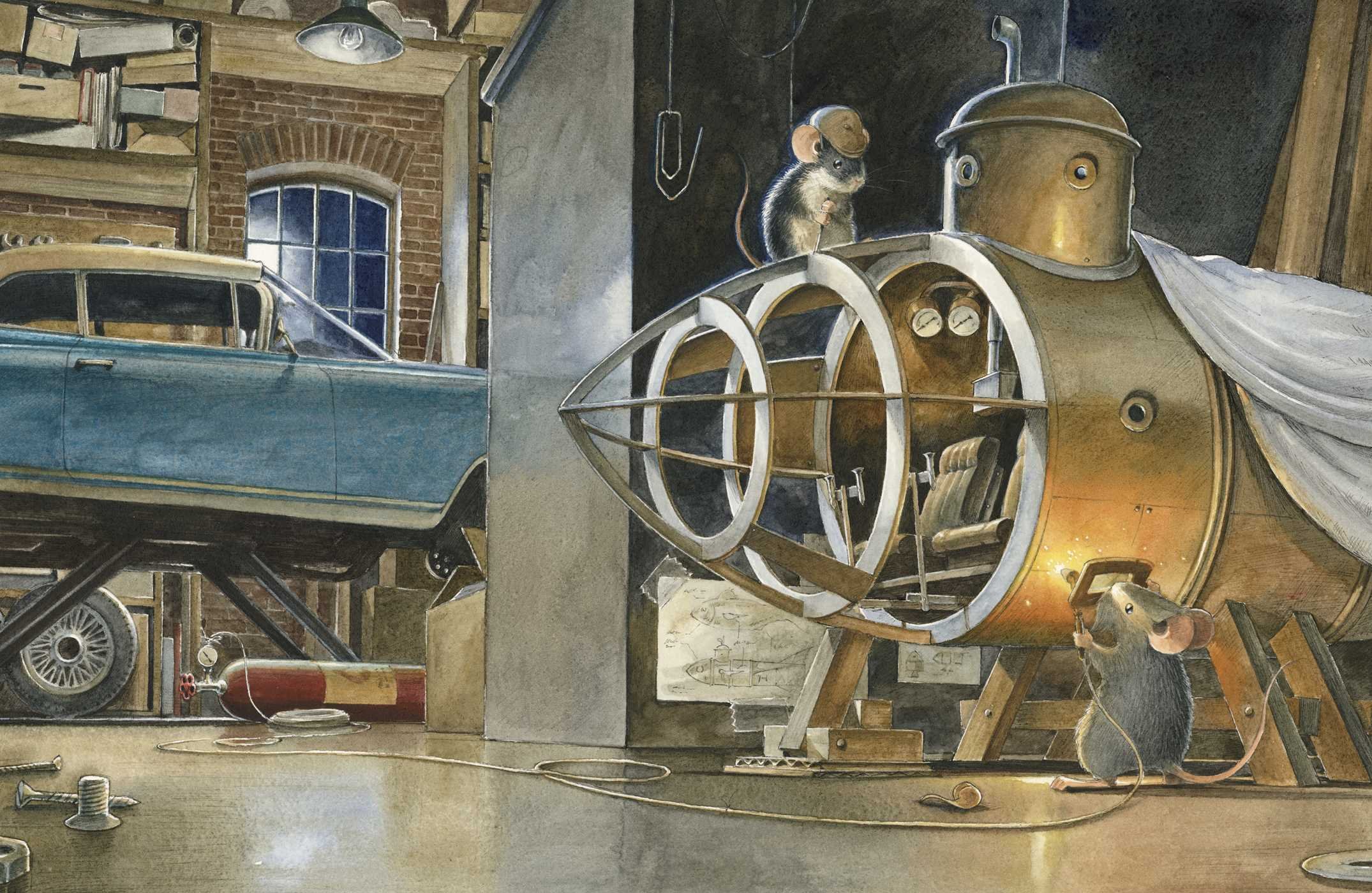 Summary:  The Professor teaches at the University of Mice, located behind the shelves of a bookstore.  One day, a new student named Pete approaches him with a request for help in finding out more about an ancestor who supposedly lost a treasure at sea.  It’s unclear whether or not the ancestor went down as well. The Professor is reluctant to help much at first, but when he discovers Pete experimenting with a submarine, he gets caught up in the adventure.  After many trials and occasional missteps, the two of them manage to create a sub and two diving suits. Hitching a ride on a cargo ship, they travel to the spot where the sunken boat lies. They’re able to launch their submarine and go aboard the ship, where they discover the treasure–Pete’s ancestor’s journal.  They learn that he created the light bulb, then managed to get to America where he was able to share his plans with Thomas Alva Edison. And the rest is history–for both mice and humans. Includes historical facts about the history of the light bulb and Edison. 112 pages; grades K-4.

Pros:  I’ve somehow missed Kuhlmann’s other books on famous mice (Lindbergh and Armstrong), but was enchanted with this book, particularly the illustrations.  The details of the mouse world and their creations are amazing, and the hard work and serendipity required to come up with a successful invention are well documented.  This would be a great read-aloud, allowing plenty of time to take in all the artwork.

Cons:  The story and writing aren’t as strong as the illustrations.