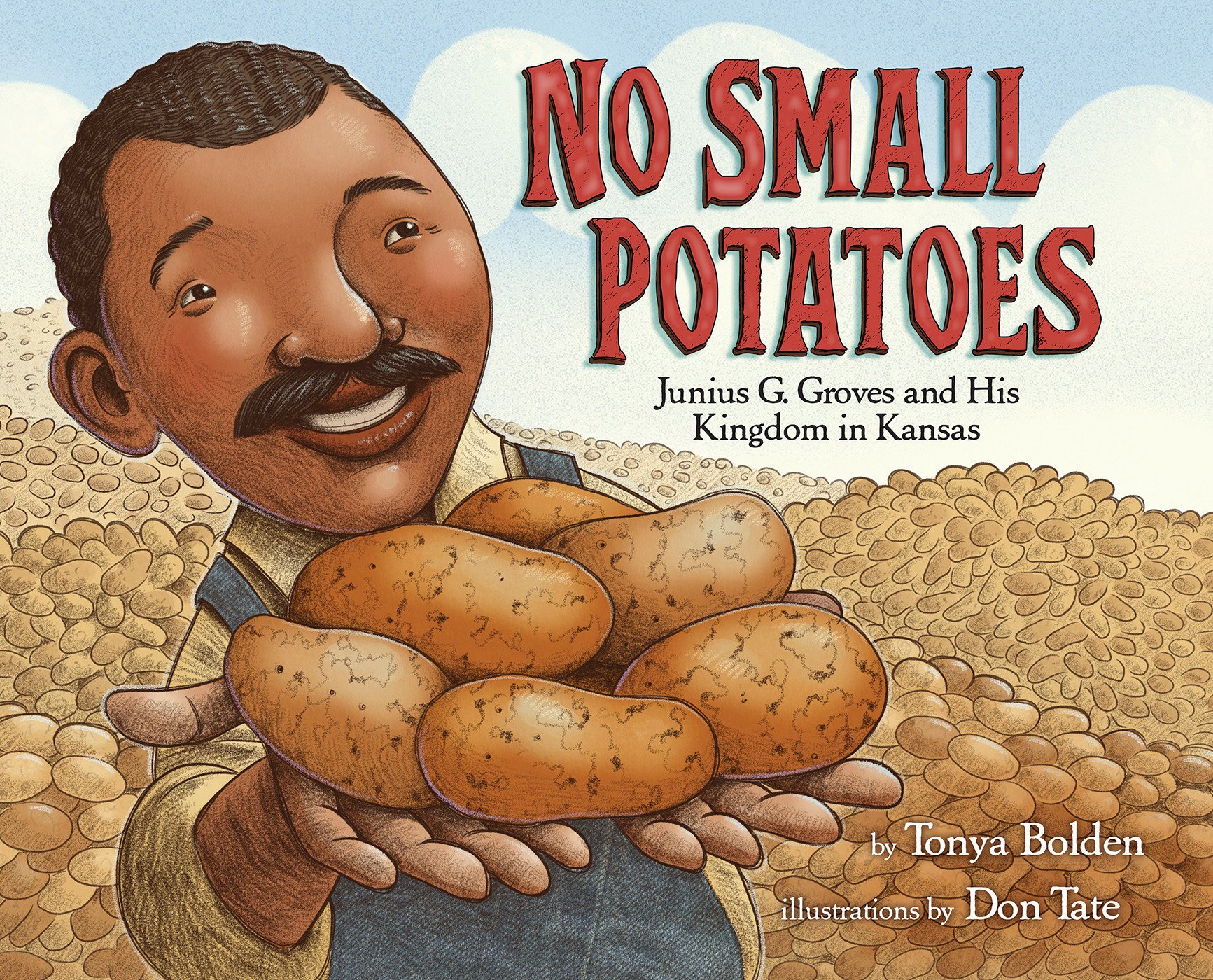 Summary:  Slavery ended just a few years after Junius Groves was born on a plantation in Kentucky.  As a young man, he headed for Kansas to farm.  Starting out as a hired hand earning 40 cents a day, he worked hard to become a foreman, tripling his wages and eventually allowing him to rent his own land to farm.  With his wife Matilda at his side, he saved enough money to buy a farm.  The two of them worked hard, along with their twelve children, to make the farm prosperous.  Their main crop was potatoes: in 1894 he was named Potato King of Wyandotte County by the local paper; six years later, he was called the Potato King of the whole state of Kansas, and in 1902, he was crowned Potato King of the World.  In addition to millions of pounds of potatoes, Junius helped grow a church, a store, a golf course, and a town called Groves Center.  Includes a timeline, glossary, and list of sources.  40 pages; grades 1-4.

Pros:  A real rags-to-riches tale extolling the rewards of hard work, told in a style that almost makes it feel like a tall tale.

Cons:  The potential downside of vying for the title of Potato King of the World at the Thanksgiving table today.