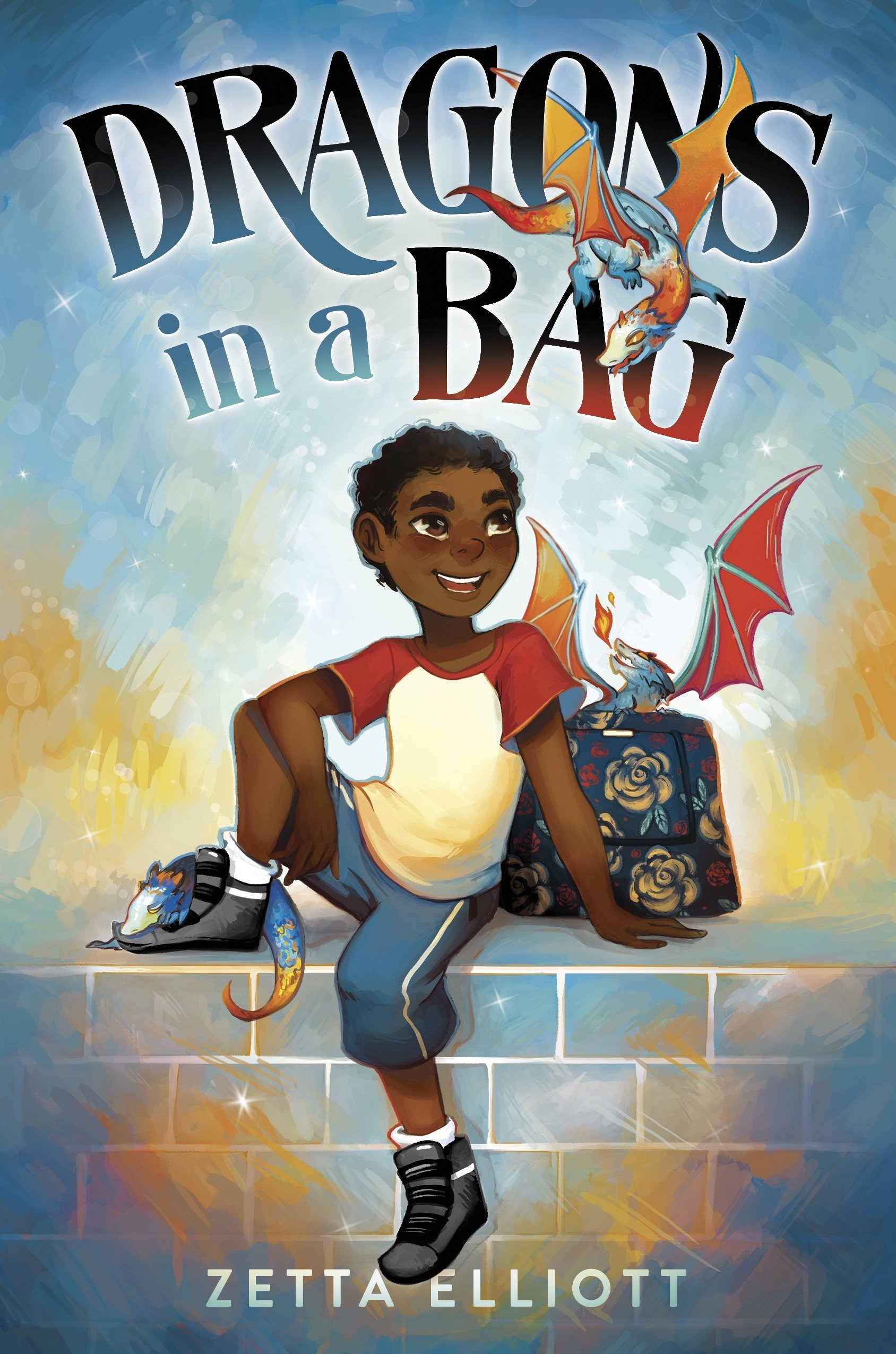 Summary:  Jaxon’s not happy when Mama has to go to court to fight their eviction and drops him off with a strange and somewhat unfriendly older woman.  He can’t help but feel curious, though, when she receives a mysterious package from Madagascar that seems to contain something alive. Before long, he learns that the woman, Ma, is a witch with a long-term connection to his mother that Jax never knew about.  He gets drawn into a fascinating world of magic, meeting an unusual cast of characters that includes his long-lost grandfather, and finds out that Ma’s mysterious package contains three tiny dragons. When he and Ma travel back in time, though, things start to go wrong, and Jaxon fears he may have ruined everything.  By the time Mama returns, he’s found a way to begin to fix his mistakes and has agreed to become Ma’s apprentice. His mother isn’t thrilled with this turn of events, but an invitation from Ma to move in with her sets the stage for an interesting sequel. 160 pages; grades 3-6.

Pros:  This would make a good first fantasy book–the magic is fairly straightforward and the book is fairly short with quite a few illustrations.  Kids will relate to Jaxon as he tries to figure out the strange circumstances he is thrust into, and will be curious to find out what happens to him and his new dragon friends.

Cons:  It felt like the story was just getting going toward the end; here’s hoping the sequel will be out soon.