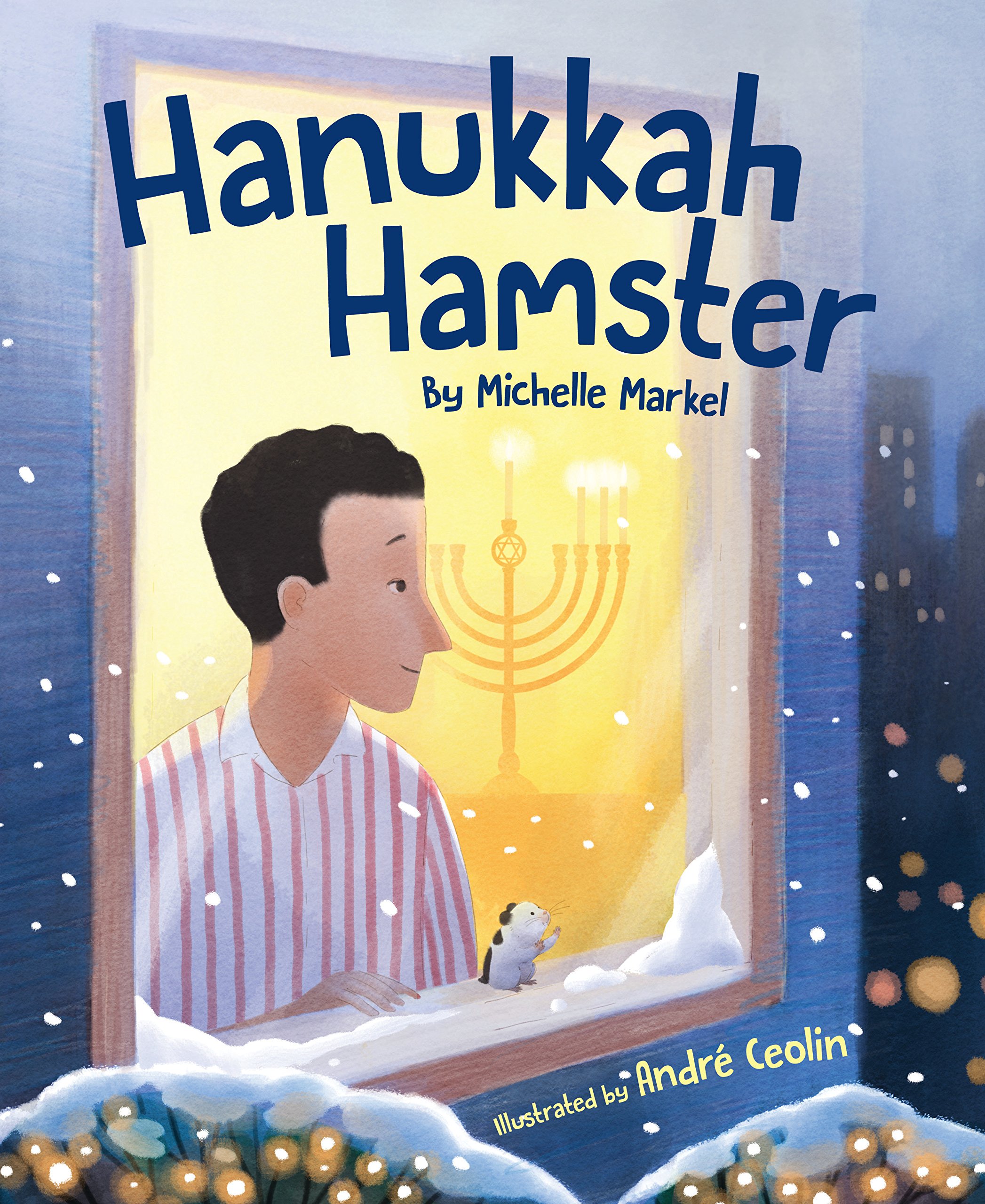 Summary:  At the end of a busy day driving his taxi, Edgar finds a hamster in the back seat.  One of his customers must have lost it, and Edgar reports it to the cab company’s lost and found.  In the meantime, he takes the hamster home and feeds him. They share some supper, and Edgar decides to name his new friend Chickpea after one of the salad ingredients.  Together they light two Hanukkah candles. By the time Edgar is lighting four candles, he’s making toys for Chickpea and sending photos of him back to his family in Israel.  When a woman and her son show up outside his apartment building after work one evening, Edgar’s heart sinks. Sure enough, it turns out the boy had gotten a new hamster for his classroom, and it escaped when they were all riding in Edgar’s cab.  Edgar shows them his pictures, and they can see how happy Chickpea is. “I think this hamster belongs with you,” says the woman.  “He looks right at home.”  The final page shows the two friends sharing jelly doughnuts, with all the candles lit on the menorah behind them.  32 pages; ages 4-8.

Pros:  I know Hanukkah is over for this year, but I just saw this book this week.  It’s a charming story, and the illustrations of Chickpea are adorable. Edgar’s story is compelling, and he seems to have a positive, can-do spirit.  Put this on your holiday list for next year.

Cons:  I was hoping for a little romance for Edgar when the woman and her son showed up.