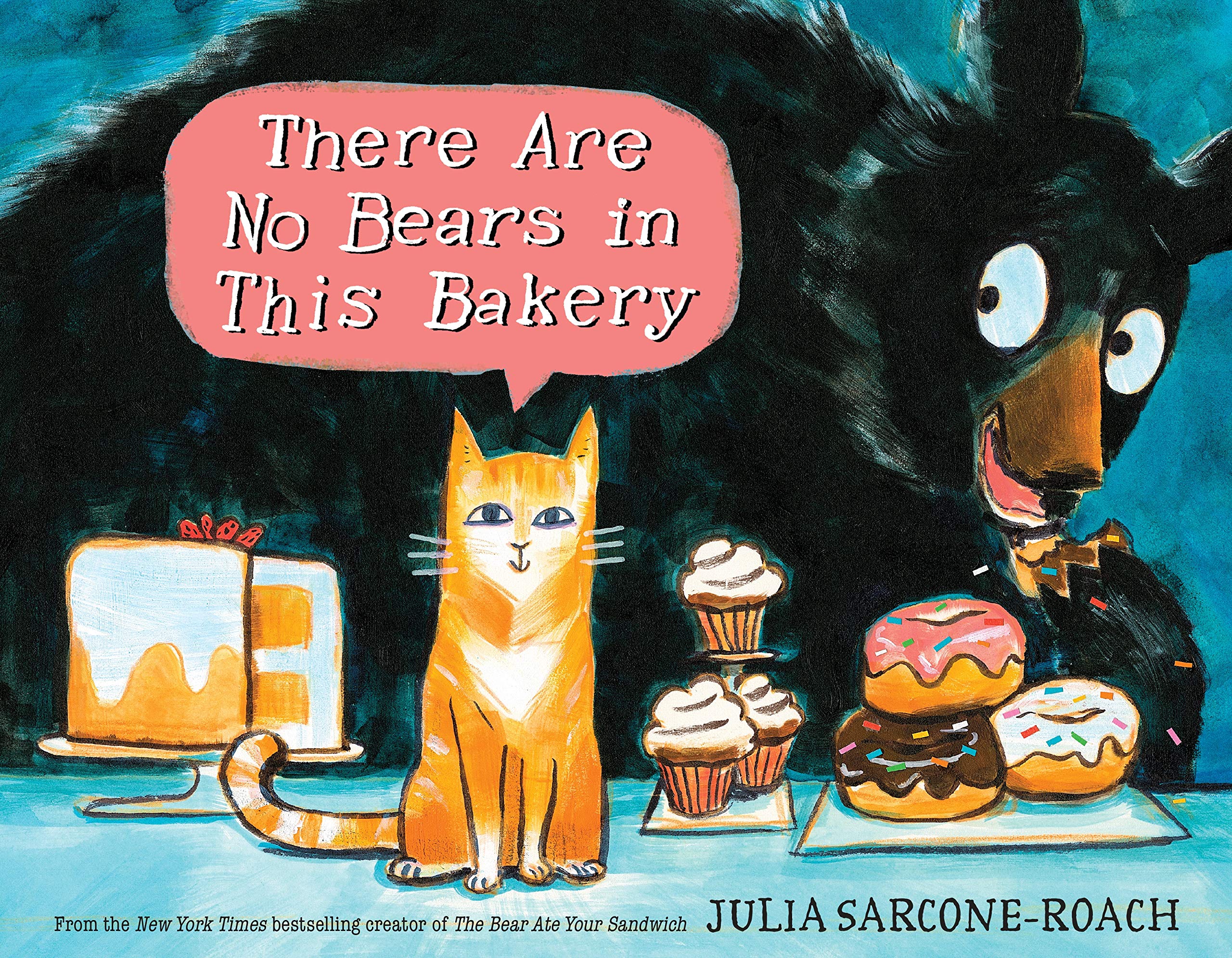 Summary:  The cat narrator is a tough detective, prowling through the night to investigate unusual sounds. Last night, when he checked out what he thought was a gigantic mouse behind the bakery, he discovered a bear cub.  “The problem was clear. And I was on the case,” he says, but the pictures tell a different story, showing him helping the bear access cake, donuts, and other treats. Just as they’re finishing up, the mother bear appears, scaring the cat.  “Lights out!” he exclaims, as he is engulfed in darkness…but it turns out he’s just being wrapped in a giant bear hug. Mama Bear explores the bakery, and then all three animals go their separate ways. The sun is rising as the cat returns home, curling up for a nap after a hard night’s work.  The last page shows the baker standing open-mouthed as she surveys the wrecked bakery; the shadows of the two bears can be seen outside the window. 40 pages; ages 4-8.

Pros:  There will be plenty of laughs over the antics of these three animals, and the discrepancies between the cat’s narration and the illustration.  The language is rich, and could serve as an introduction to similes or a mentor text for mysteries.

Cons:  The baker has a tough day ahead of her.