Published by Farrar, Straus and Giroux 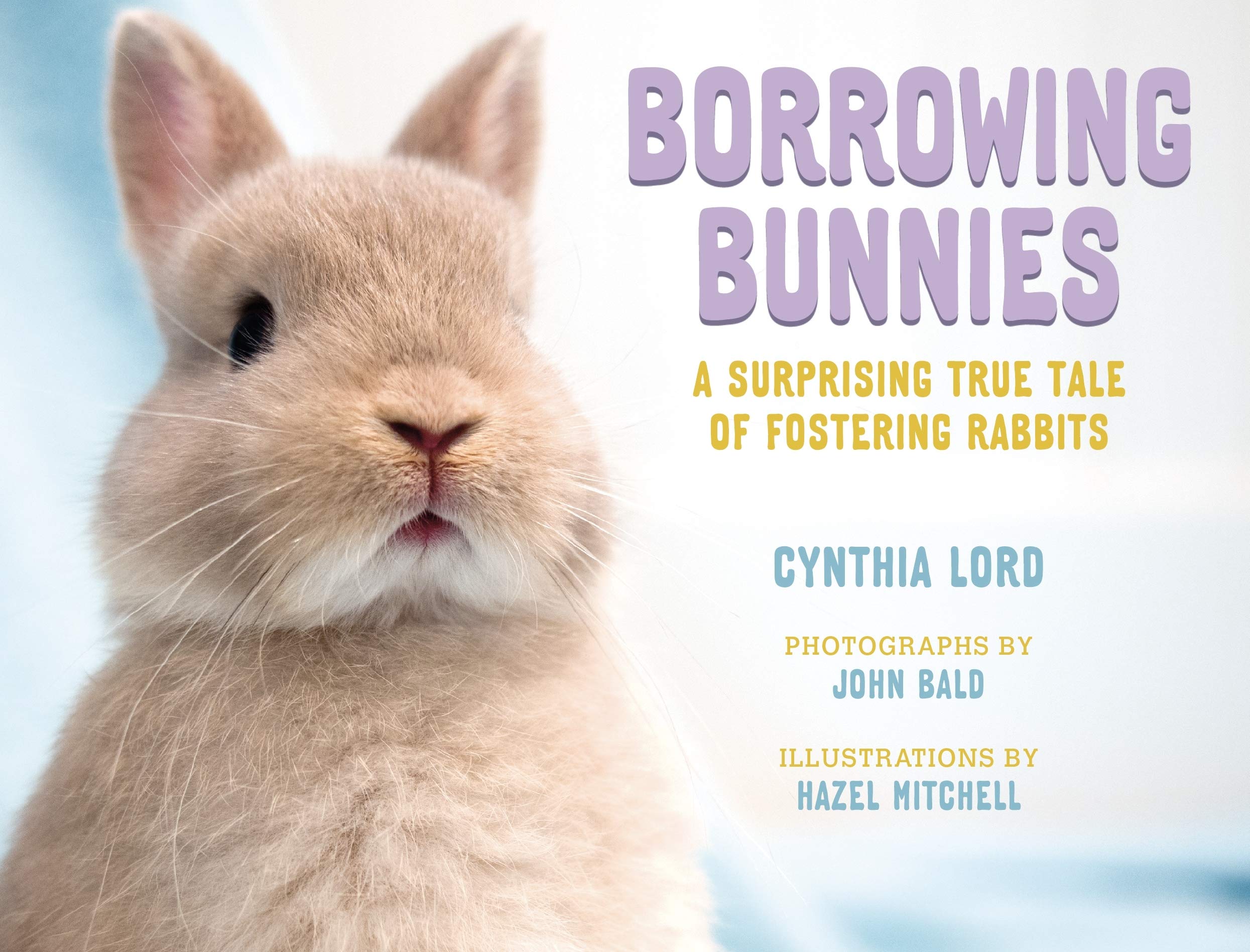 Summary:  Cynthia Lord tells of her family’s experience fostering rabbits, focusing on a pair of Netherland Dwarf rabbits named Benjamin and Peggotty.  Coming from a home where they weren’t treated well, the rabbits soon settled into a comfortable life in their new house. The family was just getting ready to think about putting them up for adoption when one morning they discovered four new babies!  They were named Pip, Dodger, Fezzi, and Tiny Tim after characters from Charles Dickens books. Sadly, Pip and Tiny Tim only survived a few days, but Dodger and Fezzi thrived. After eight weeks of fostering, Peggotty, Fezzi, and Dodger were all adopted; Benjamin stayed behind in what had become his new permanent home.  Includes a page of information entitled “Do you want your own rabbit for keeps?” that tells kids all that is involved in having a pet rabbit. 40 pages; grades K-3.

Pros:  It doesn’t get much cuter than baby bunnies; Cynthia Lord’s photographer husband documented every adorable stage of the bunnies’ stay with them.  The last page is a good checklist to make sure no one gets swept up in bunny fever without being prepared for what it takes to have a rabbit for a pet. This book will pave the way for Lord’s new novel, Because of the Rabbit, due out March 26.

Cons:  The sad fates of Pip and Tiny Tim.