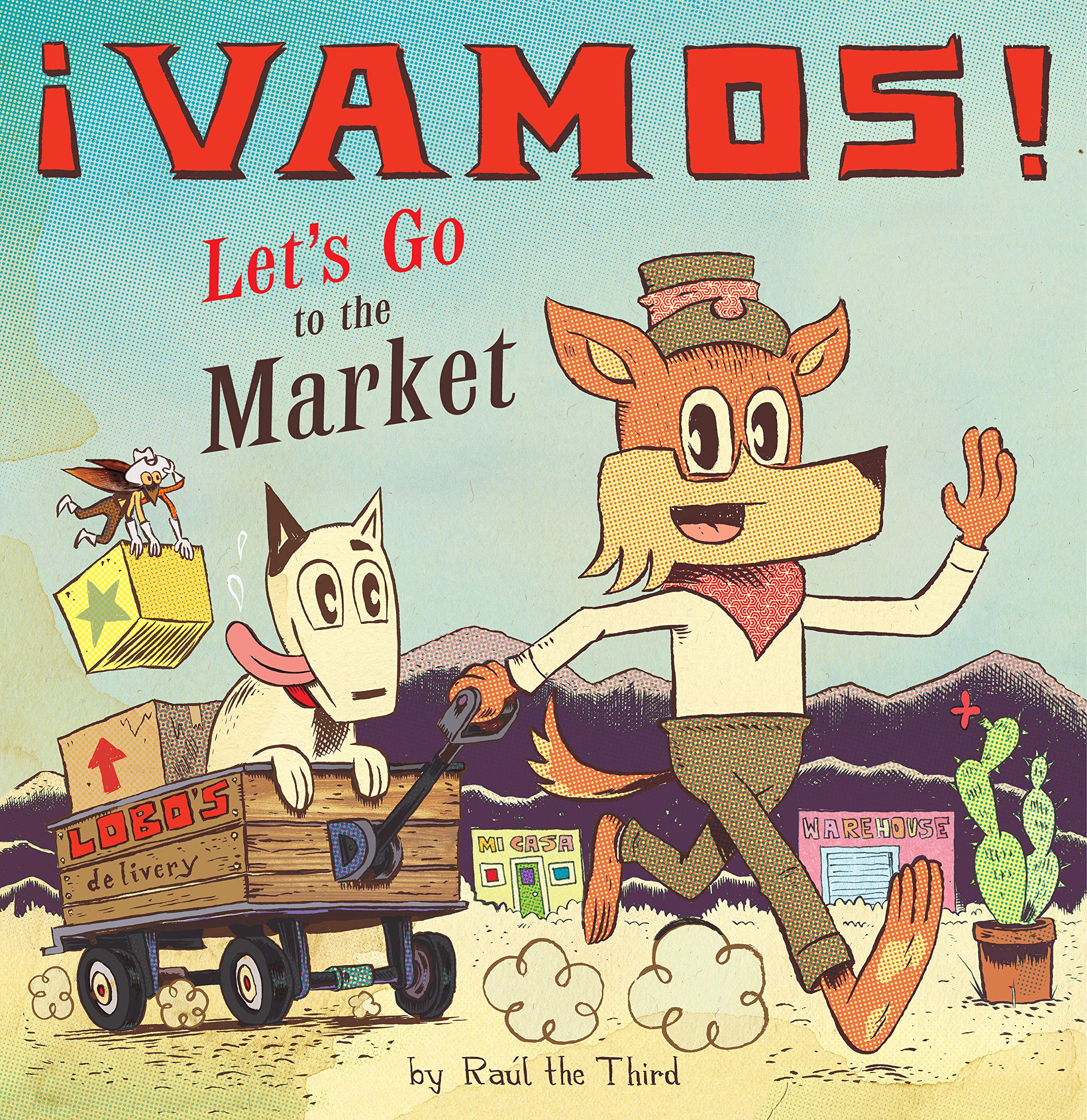 Summary:  Little Lobo and his dog Bernabé have a big day in store as they load up the wagon to make deliveries to various people at the Mercado.  There are all kinds of interesting characters, both human and animal, to be seen as they travel. Finally, they arrive and start delivering their goods.  Little Lobo has many friends at the Mercado, and between their gifts and his own purchases, his wagon is almost as full at the end of his delivery run as it was at the beginning.  His last stop is at the local Lucha Libre place, where he not only meets his favorite wrestler, El Toro, but gets to give him a ride home in his wagon. The day ends with Lobo and Bernabé getting into bed, ready for sleep after a busy day.  Includes a glossary of all the Spanish words used in the text. 48 pages; ages 4-8.

Pros:  Richard Scarry meets Diego Rivera in this dizzying, magnificent tour of Lobo’s Mexican (I think–it’s not specified) town.  There are so many fascinating characters performing all sorts of interesting jobs in illustrations that could keep readers absorbed for hours.  Many Spanish words and phrases woven into the story combined with the glossary at the end makes this a good introduction to the language.

Cons:  The illustrations were almost too busy, and occasionally overwhelmed the more modest text.