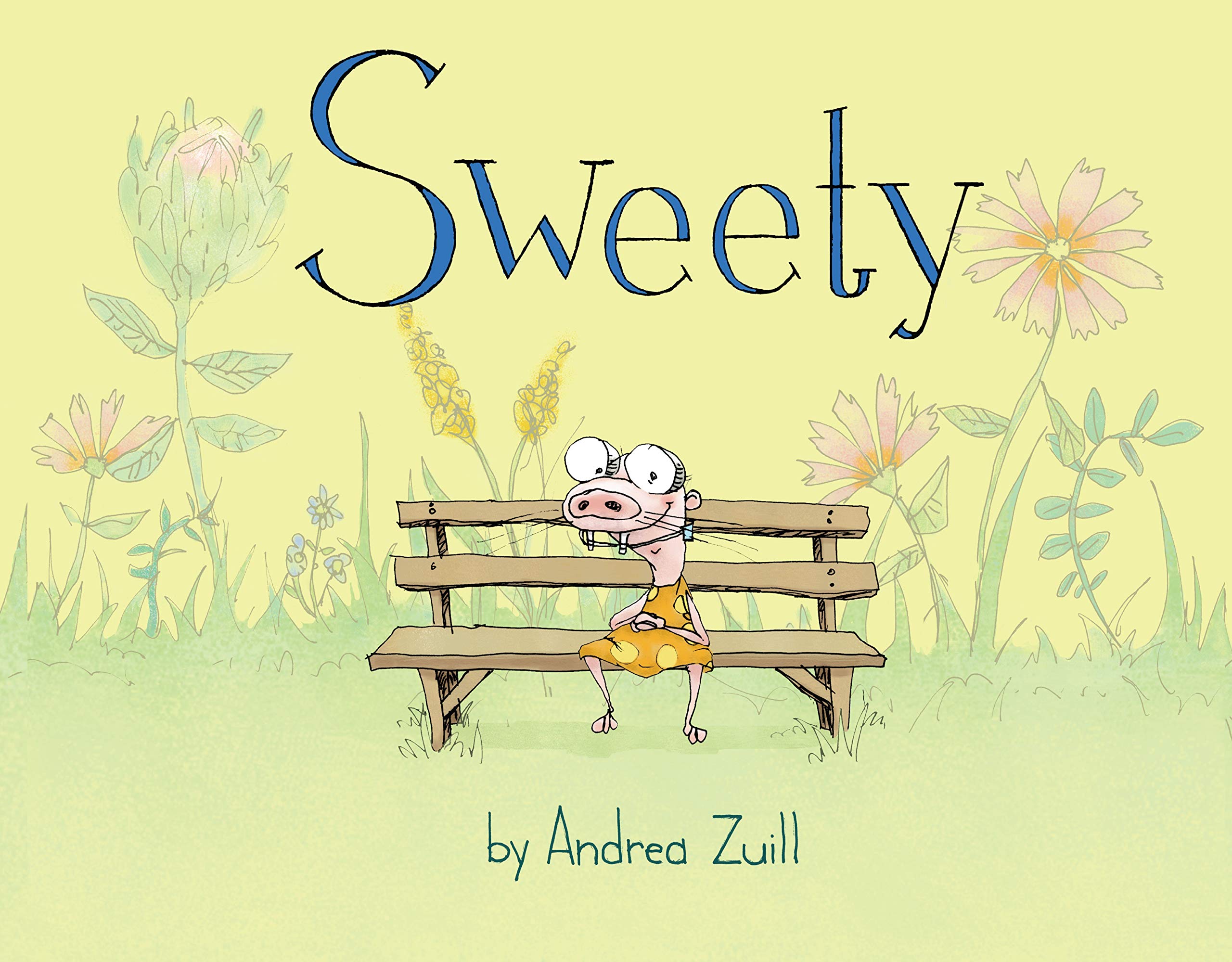 Summary:  Sweety is a young naked mole rat described by her grandmother as “a square peg”.  Sporting thick glasses and orthodontic headgear, she has a passion for collecting and identifying mushrooms and presenting her school reports using interpretive dance.  She can see she doesn’t fit in, but doesn’t know how to change. Fortunately, there’s Aunt Ruth, also a square peg, who assures Sweety that it’s okay to be herself.  They page through some photo albums together, where Sweety sees her mom and aunt as children and as mohawk-sporting teens, giving a few clues as to where Sweety may get her outside-the-box personality.  In the end, she decides to go her own way, and is rewarded by meeting another mole rat who seems to share some of her interests. 32 pages; ages 3-8.

Pros:  The “be yourself” message is delivered in a humorous fashion; all the naked mole rates may look a little unusual to the human readers, pointing out the ridiculousness of what makes one more “popular” than another.  The illustrations provide a light touch that saves the story from getting too bogged down in its message.