Summary:  During basic training during World War I, the soldier narrator tells how a stray dog started hanging around every time he sat down to eat.  The dog’s odd flat face and short legs earned him the name Stubby, and he became an unofficial mascot for the soldier’s division. Smuggled onto a train, then a boat, Stubby made it all the way to France, where he joined the soldier in the trenches, warning them of approaching enemy soldiers and impending gas attacks.  Severely wounded, Stubby spent time in an army hospital, but returned to the front six weeks later. Both Stubby and his soldier friend survived to the end of the war, and happily returned to a peaceful life back in the U.S. An afterword tells more about Stubby (who met Presidents Wilson, Harding, and Coolidge), and Corporal Robert Conroy, the soldier who adopted him.  32 pages; grades K-3.

Pros:  Dogs and the military are always popular subjects in my schools, so this story of a cute dog who courageously served in World War I is sure to be popular.

Cons:  Stubby is always portrayed with slightly bugged-out eyes and a big grin, making him look a few cards short of a full deck. 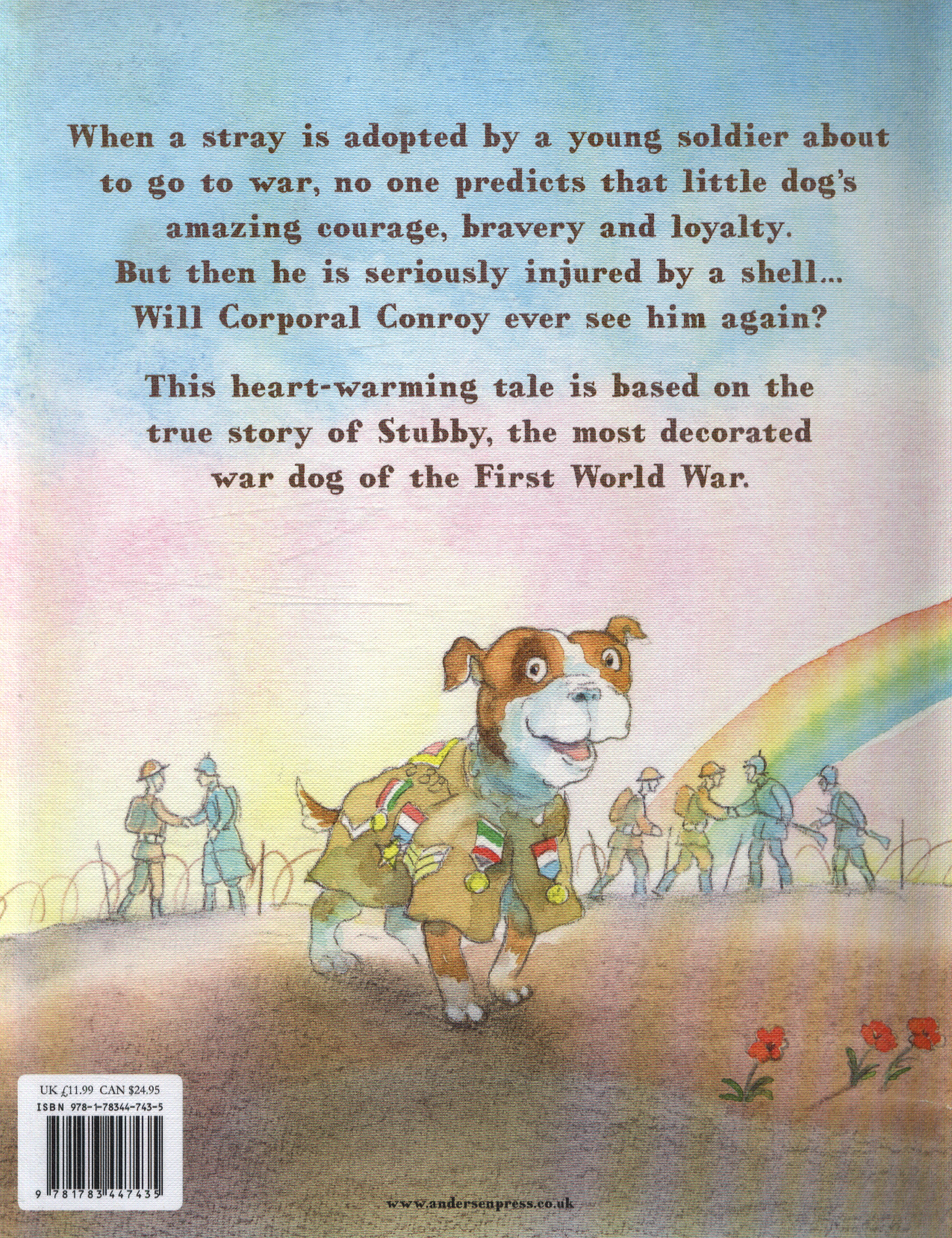