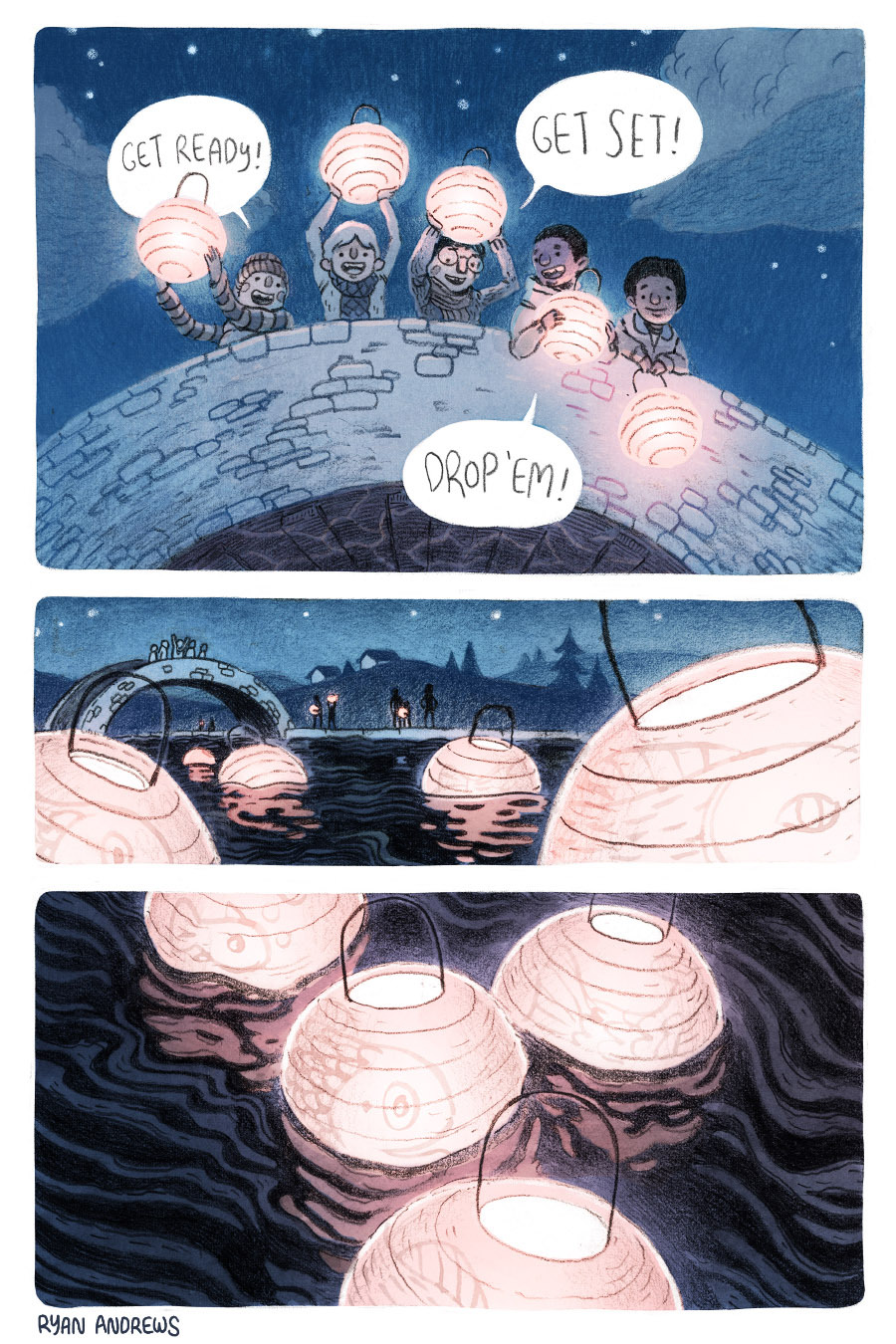 Summary:  At the annual Autumn Equinox Festival, Nathaniel and his pals have agreed to follow the lanterns set afloat down the river.  Lots of kids ride along the river for awhile, but their group is going to find out once and for all where the lights end up. As they travel, though, the other kids turn back one by one until there are only two left: Nathaniel and Ben, the kid nobody likes who has been tagging along, unsuccessfully trying to join the group. Nathaniel begrudgingly agrees to travel with him, though, and the two end up on a madcap adventure where they meet a friendly bear on a quest, a tiny witch and her oversized dog, and some mysterious enlightened beings.  The two slowly bond over their shared experiences and narrow escapes, and by the end they’re still traveling, intent upon circumnavigating the world on their bicycles. 336 pages; grades 4-8.

Pros:  A graphic novel that would appeal to fans of Amulet, with its episodic plot involving ordinary mortals thrust into a magical world.  The dark-blue-and-black illustrations perfectly capture the feeling of a nighttime adventure.  We can hope for more of Nathaniel’s and Ben’s escapades on the road.

Cons:  The plot was pretty meandering.

One thought on “This Was Our Pact by Ryan Andrews”