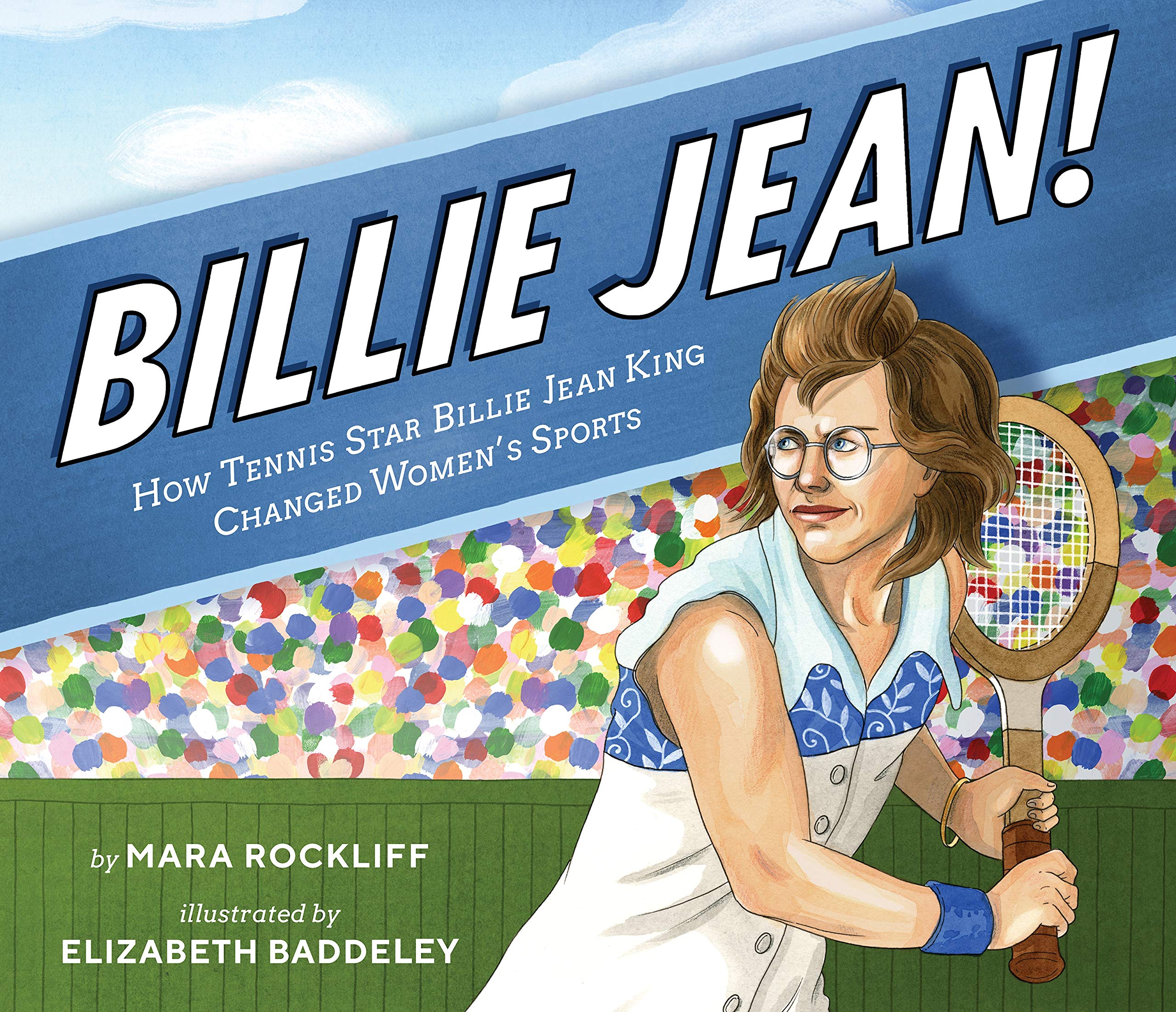 Summary:  From the time she was a child, Billie Jean King gave her all in whatever she was doing.  Seeing her dismay when she learned that there were no women in major league baseball, her parents suggested she try tennis.  She proved to be a natural, and slowly rose to break into the national rankings. After playing at Wimbledon just after high school graduation, she found herself working two jobs to get through college while the boy tennis players enjoyed full scholarships.  Her professional career continued to flourish, but Billie Jean was dissatisfied with the unequal prize money for men and women. She created an all-women’s tennis tour, and later helped form the Women’s Tennis Association. Probably her most celebrated moment came, though, during the “Battle of the Sexes”, her famous match with Bobby Riggs in which she decisively beat him, proving that men could be defeated by women in the world of sports.  An author’s note gives further information on Billie Jean King’s work to end gender discrimination in sports and as an LGBQT activist. 40 pages; grades 1-5.

Pros:  It’s hard not to be inspired by Billie Jean King’s hard work and determination, both on and off the tennis court.  Kids who have seen the 2017 movie Battle of the Sexes will enjoy learning more about King; as near as I can tell, this is one of the only picture books about her.

Cons:  While the illustrations are serviceable, they aren’t as unique and memorable as some of Mara Rockliff’s other recent books like Lights, Camera, Alice! and Anything But Ordinary Addie.