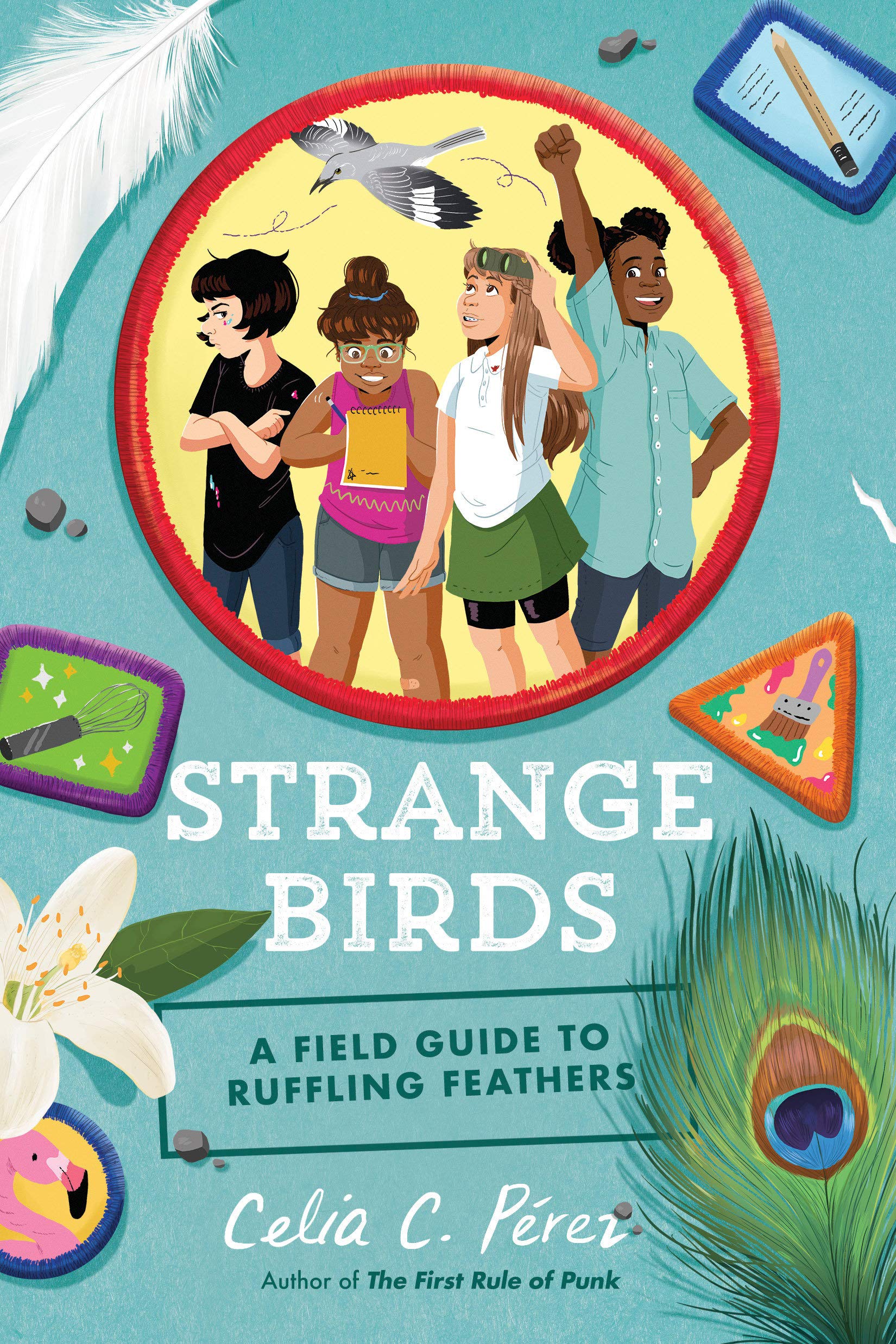 Summary:  When wealthy Lane DiSanti is facing a summer of family separation and boredom, she decides to form a club.  She reaches out to three other girls who are strangers to her: Ofelia, whose mother works for Lane’s grandmother; Aster, who is nervous about starting school after years of schooling with her grandfather; and Cat, whose passion for birds has gotten her kicked out of a girls’ club called the Floras.  The girls band together to help Cat in her quest to get rid of the hat made of real bird feathers that the Floras have used for years. The girls begin a campaign of civil disobedience, with each one facing consequences unique to her situation and influenced by her heritage (Cat and Ofelia are Cuban American and Aster is Bahamaian American).  Told in alternating third-person points of view, the story follows the girls through increasingly daring pranks and the end shows that even getting caught and being separated at summer’s end won’t be enough to slow them down. 384 pages; grades 4-7.

Pros:  In her follow-up to The First Rule of Punk, Celia Pérez has written a story full of girl power and interesting insights about racism and privilege that could possibly be in line for some awards.  The varying perspectives and quirky characters reminded me of Raymie Nightingale by Kate DiCamillo and Hello, Universe by Erin Estrada Kelly.

Cons:  Clearly I’m in the minority, but I wasn’t a huge fan of either of the aforementioned books (that is one bitter review I wrote of Raymie Nightingale), and I didn’t love this book as much as I thought I would based on The First Rule of Punk.  I liked and appreciated it, but it took me awhile to get into it, I had some trouble keeping the characters straight, and I felt like the ending could have been more satisfying.