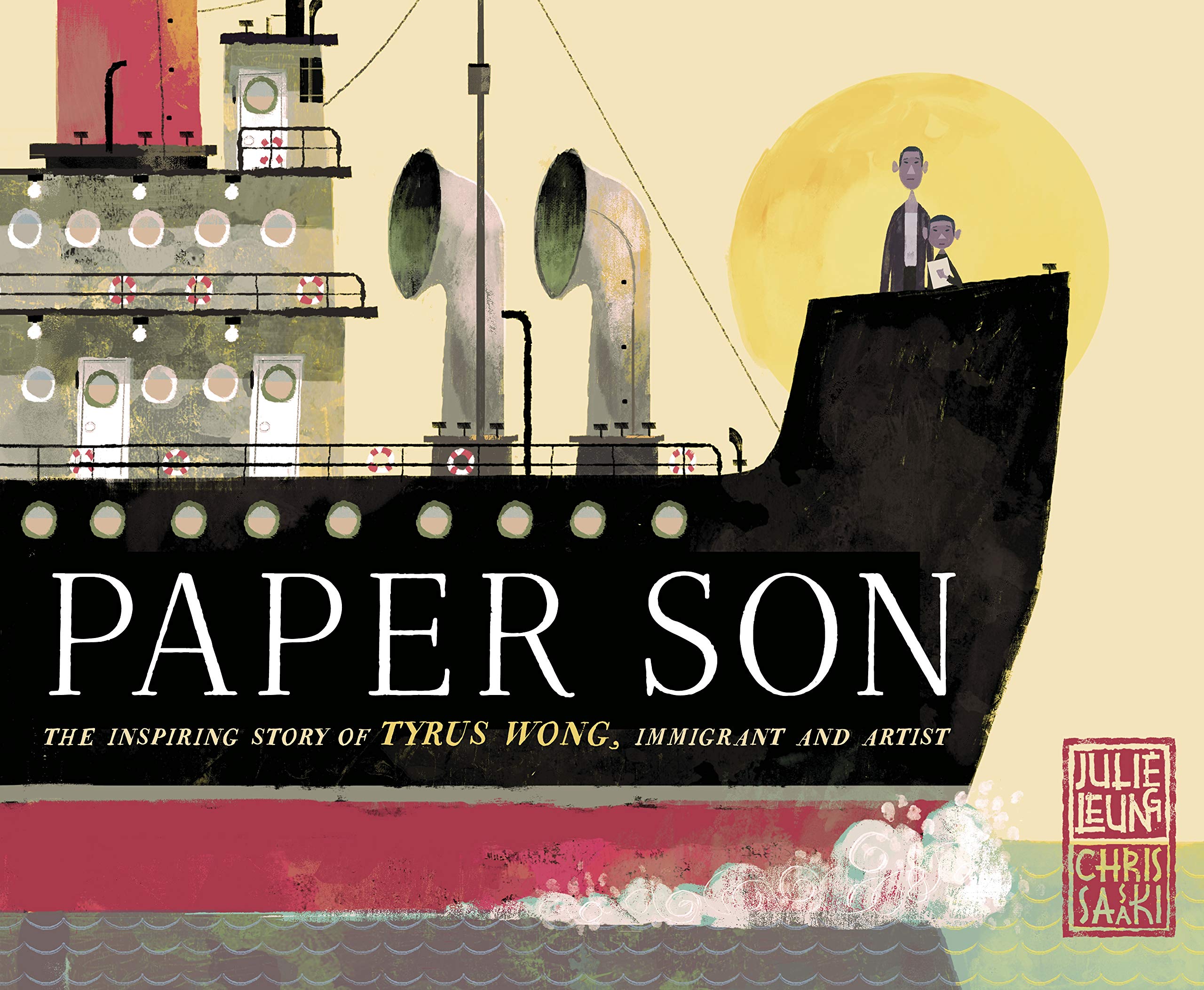 Summary:  In 1919, Wong Geng Yeo immigrated to the United States with his father.  Since only Chinese citizens of high status were allowed to come to America, the two of them traveled under assumed names and had to learn a complicated backstory so their answers would match when questioned by immigration officials.  His “paper” name was Tai Yow, which was Americanized to Tyrus. Both father and son worked hard, Tyrus learning art and working as a janitor. He eventually got a job as an in-betweener at Disney Studios, doing the tedious work drawing the frames between the key scenes in films.  When Tyrus heard the animators were struggling with the backgrounds in the new movie Bambi, he drew on the Chinese style of painting he knew to help out.  Although his work became a key to the film, he was only credited as a background artist.  Back matter tells of Tyrus’s long life–he died in 2016 ate age 107–and of the many different forms of art he created.  40 pages; grades K-5.

Pros:  The Disney aspect will make this appealing to kids, but it really is much more of an immigrant story.  The illustrations are an interesting combination retro-Disney cartoon and Chinese art.

Cons:  The spare text seems appropriate to the story, but I wish there were more details of Tyrus Wong’s life.  For instance, when working on Bambi, the author states, “Tyrus thought about the mother he had left behind in China,” but that’s the only information about his mom.