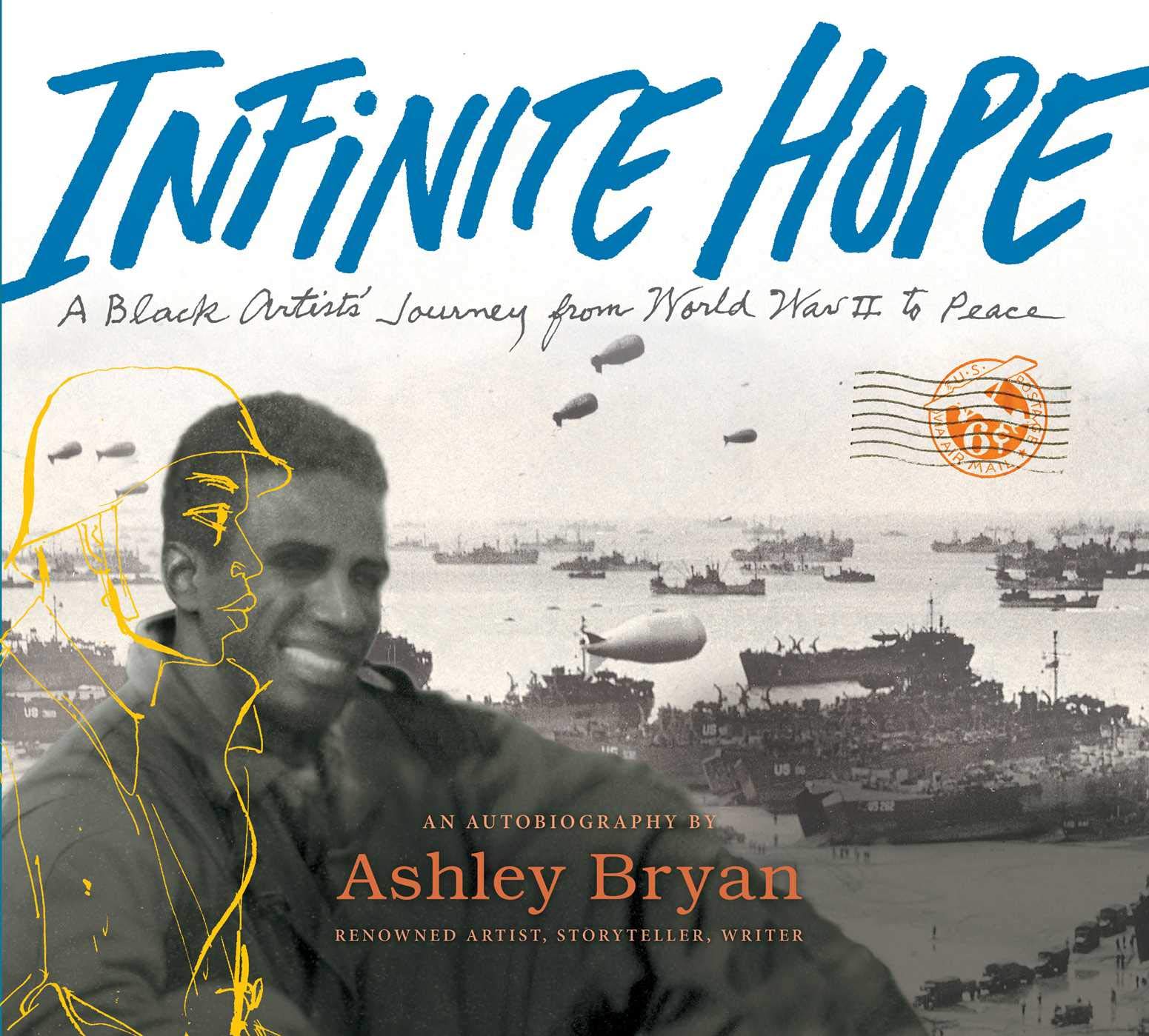 Summary:  Author and illustrator Ashley Bryan offers a very personal look at his years serving in World War II.  From basic training in Massachusetts to Scotland to the D-Day invasion to waiting to be sent home in France, Bryan shares letters home, particularly to a college friend named Eva; a narrative about his experiences; and many, many sketches.  He writes about the racism that was rampant in the U.S. military, and the surprising lack of it in Europe (that experience of being treated equally by white Europeans led many black military men and women to join the civil rights movement after the war). Mostly, he talks about how art saved him.  He kept paper and pencils in his gas mask, and his comrades would often take over his work to let him draw. He concludes with his return to civilian life, including many years when he didn’t talk about his military experiences. Encouraged by colleagues in the children’s literature world, he has finally opened up and shared this wealth of art and stories.  112 pages; grade 5-adult.

Pros:  This is a pretty amazing work of art written and compiled by the 96-year-old Ashley Bryan.  Plan on spending a long time reading and studying his artwork. The audience for this may be pretty specific, but if you get this in the hands of the right readers, they are sure to find it to be a meaningful and important book.  Definitely a contender for some awards in January

Cons:  I would have liked more information about Eva.  I was confused at the beginning and had to read the jacket flap to understand to whom Ashley was writing.