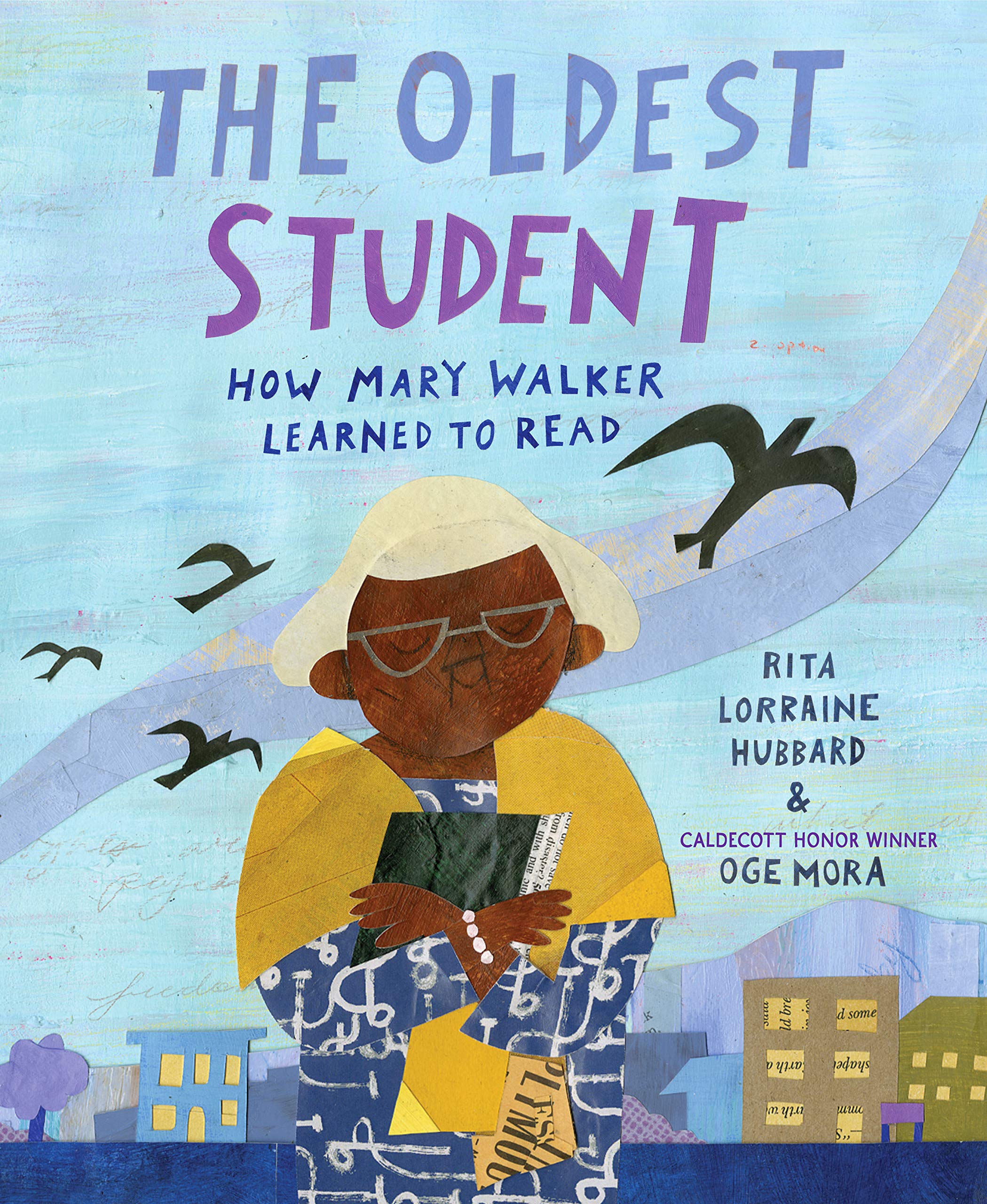 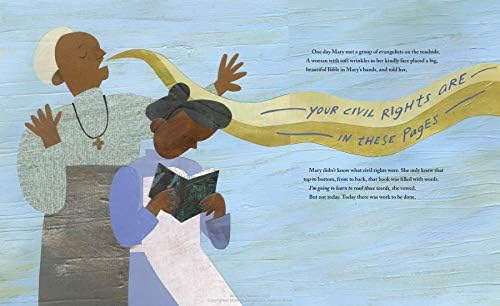 Summary:  Mary Walker was born into slavery in 1848.  As a child, she learned to work hard, but she never learned to read and write.  She continued to work throughout her life, marrying twice and raising three sons.  She received a Bible as a young woman, but didn’t know how to read it, and needed someone else to record the births of her children inside of it.  Finally, 114 years old and the last surviving member of her family, Mary heard about a literacy class and decided to enroll. Over the next year, she learned to read, write, add, and subtract, and was eventually certified as the oldest student in the United States.  She continued to enjoy reading until her death on December 1, 1969 at age 121. Includes an author’s note and several photos on the endpapers. 40 pages; ages 4-10.

Pros:  An inspiring story that ends with a picture of Mary telling readers, “You’re never too old to learn,” a sentiment that may mean more to readers like myself than its intended audience.  Oge Mora’s illustrations make the story come alive. I particularly liked how the scribbles Mary sees everywhere have transformed into letters and words by the end.

Cons:  I was a little disappointed to read in the author’s note that little is known of Mary’s life before she learned to read well past 100, and that much of the story was Hubbard’s imagining of what her life was like.

One thought on “The Oldest Student: How Mary Walker Learned to Read by Rita Lorraine Hubbard, illustrated by Oge Mora”