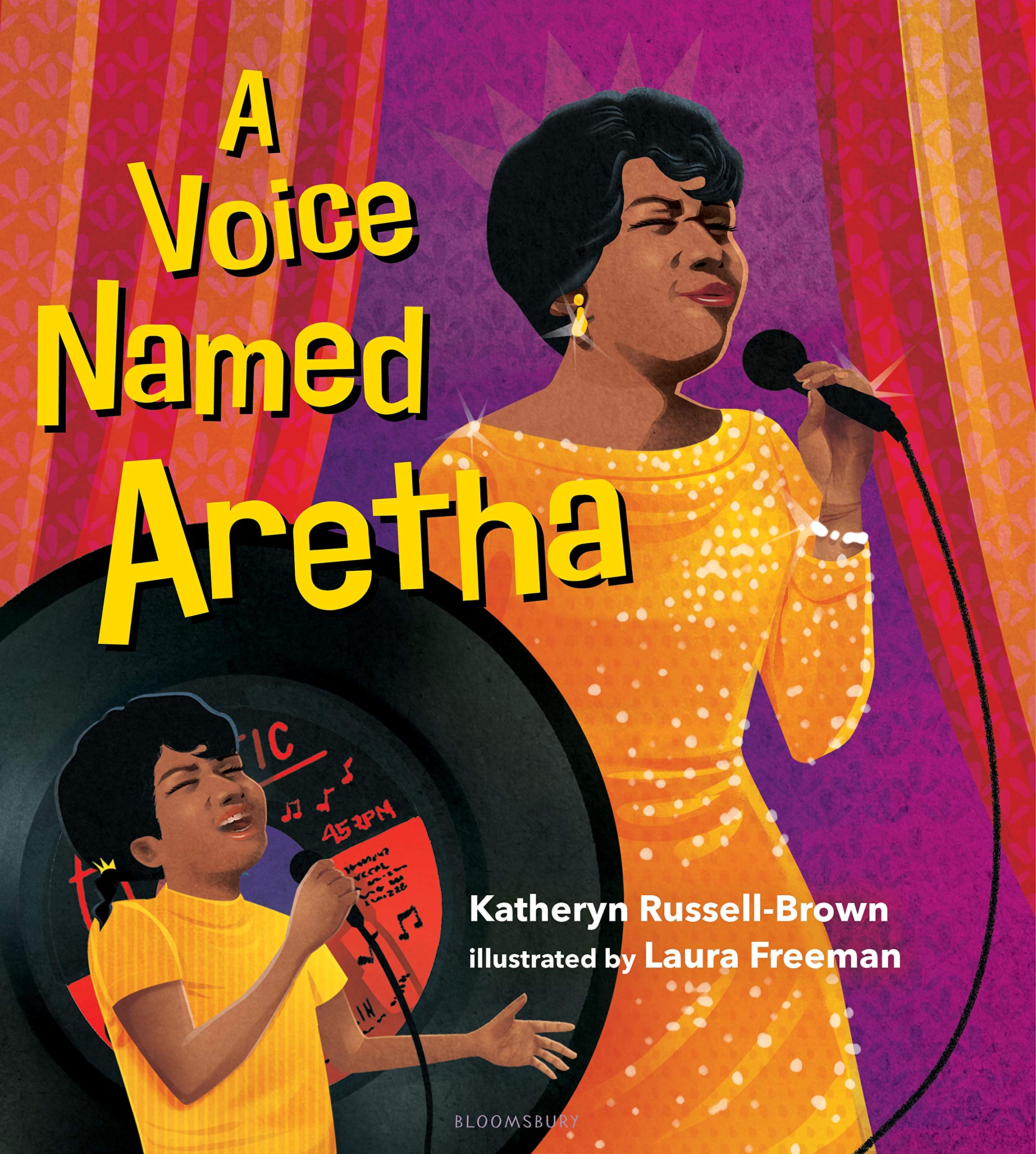 Summary:  From her early days singing in her father’s church, Aretha Franklin had a powerful voice and the ability to express her emotions through her singing.  At age 18, she moved to New York to try to make it in the music world. She recorded and performed throughout the 1960’s, always making certain that her performances were in venues open to all races.  She hit the big time with her gold album “I Never Loved a Man (The Way I Love You)”; the song “Respect” from that album became her signature song, and she was crowned the Queen of Soul. Her voice continued to move and inspire people for many years, until it was finally silenced with her death in 2018.  Includes a lengthy note with additional information on Franklin; a list of her songs; a list of sources; and two photos. 40 pages; grades 1-5.

Pros:  This gorgeously illustrated picture book biography will introduce a new generation to the amazing voice of Aretha Franklin.

Cons:  Although there’s a list of sources, there’s no kid-friendly listing of resources for additional research.

One thought on “A Voice Named Aretha by Katheryn Russell-Brown, illustrated by Laura Freeman”