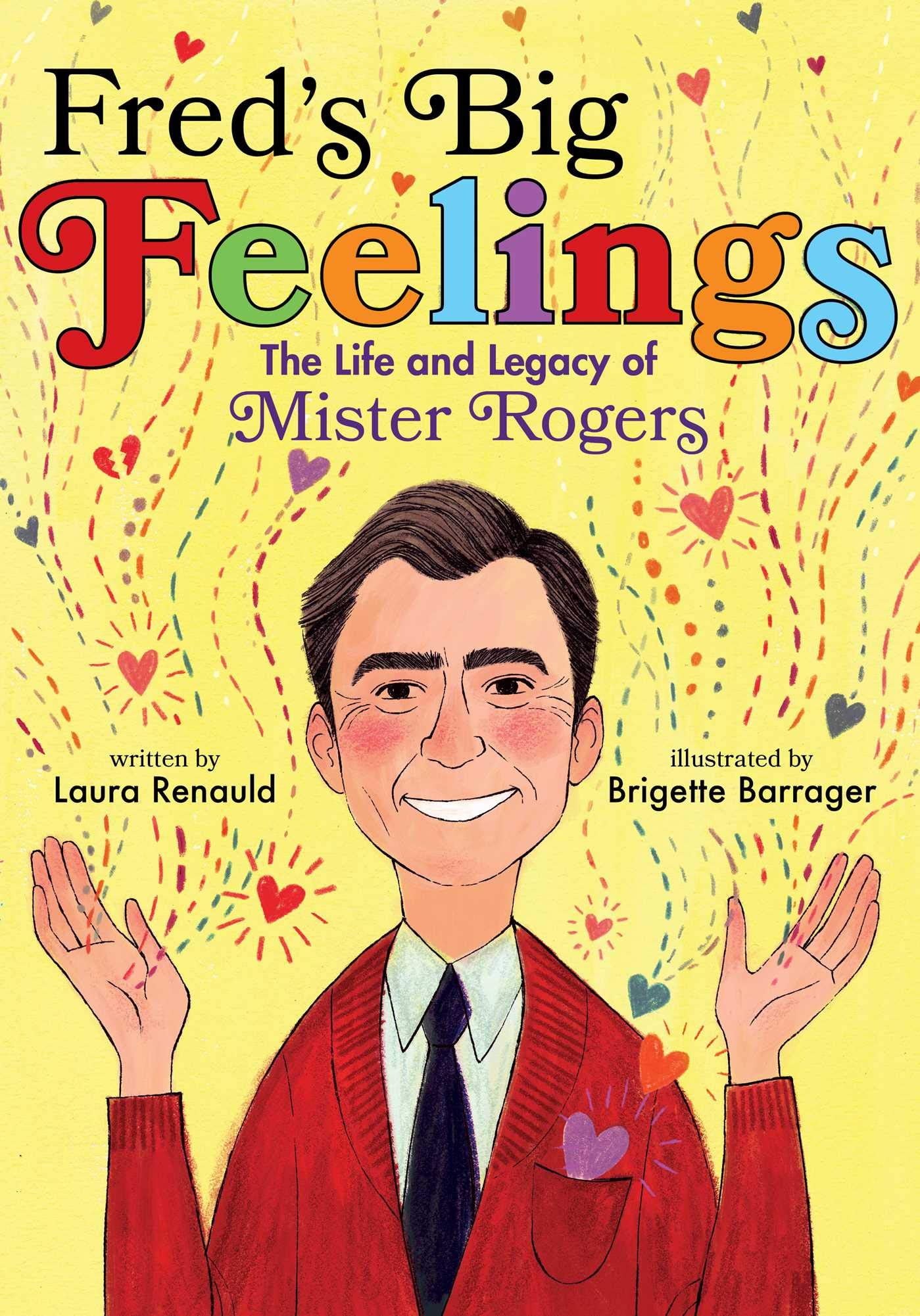 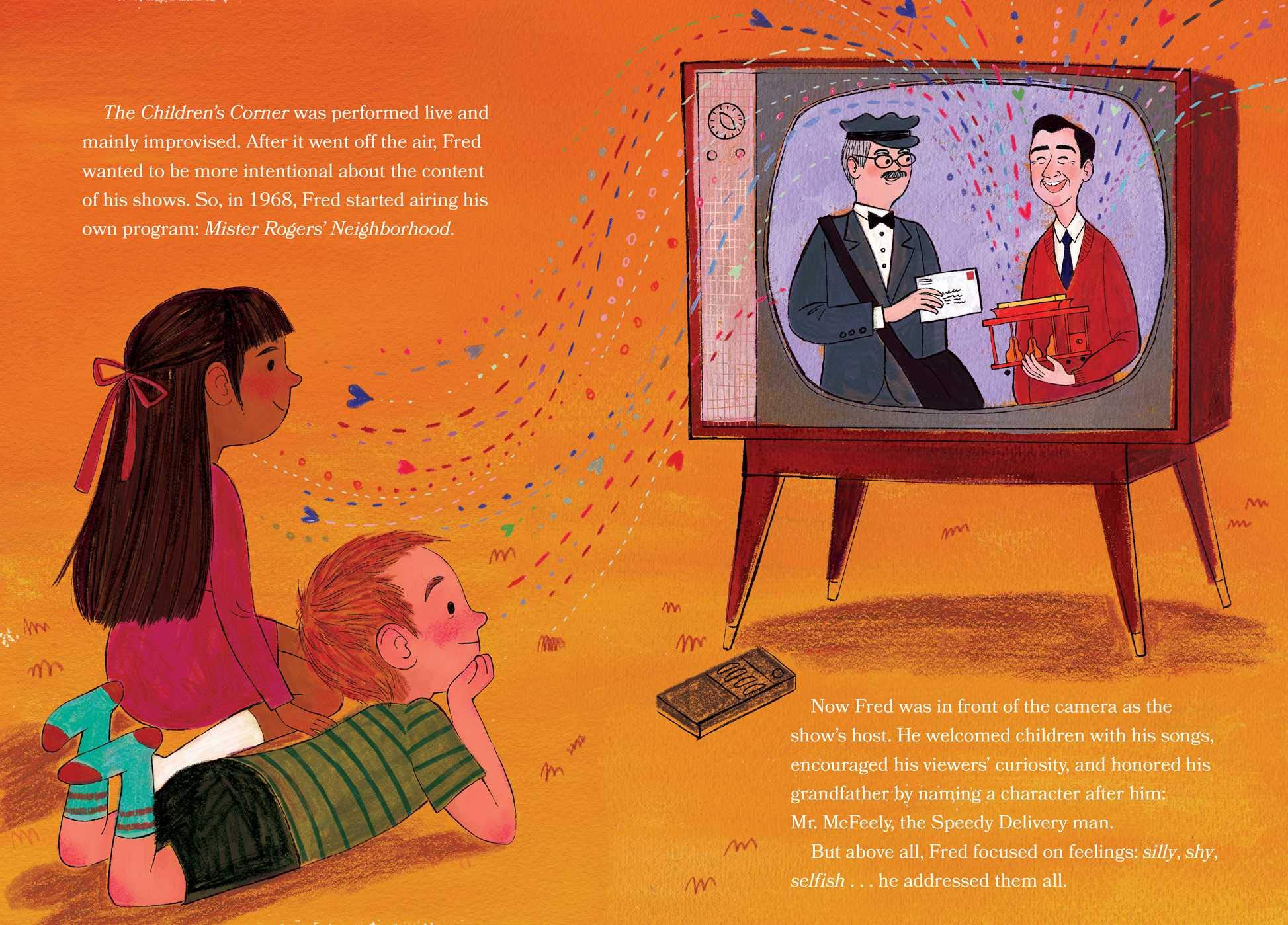 Summary:  As a sickly child, Fred Rogers often felt alone and misunderstood.  He appreciated his grandfather’s unconditional love and acceptance, and learned to express himself through music and playing with puppets.  He planned to attend seminary to become a minister, but when he saw a children’s TV show filled with pranks and gags, he was inspired to try to do better.  Beginning with a local show in Pittsburgh, Fred’s show eventually grew to the universally loved Mister Rogers’ Neighborhood on PBS.  Recalling his own childhood, he acknowledged children’s feelings and accepted and loved them for being themselves, using music and make-believe to get his message across.  When Congress threatened to cut funding for public television, Fred went to Capital Hill and used a similar message to convince a Senate panel of the importance of his show. He continued to produce his show for more than 30 years, airing almost 900 episodes.  Includes a lengthy author’s note. 40 pages; ages 4-8.

Pros:  Similar in scope to You Are My Friend, this picture book biography emphasizes feelings, italicizing the different emotions that Fred Rogers experienced over the years.  This book includes Mister Rogers’ testimony to Congress that helped preserve PBS funding. Young fans of the show are sure to enjoy learning more about their favorite neighbor.