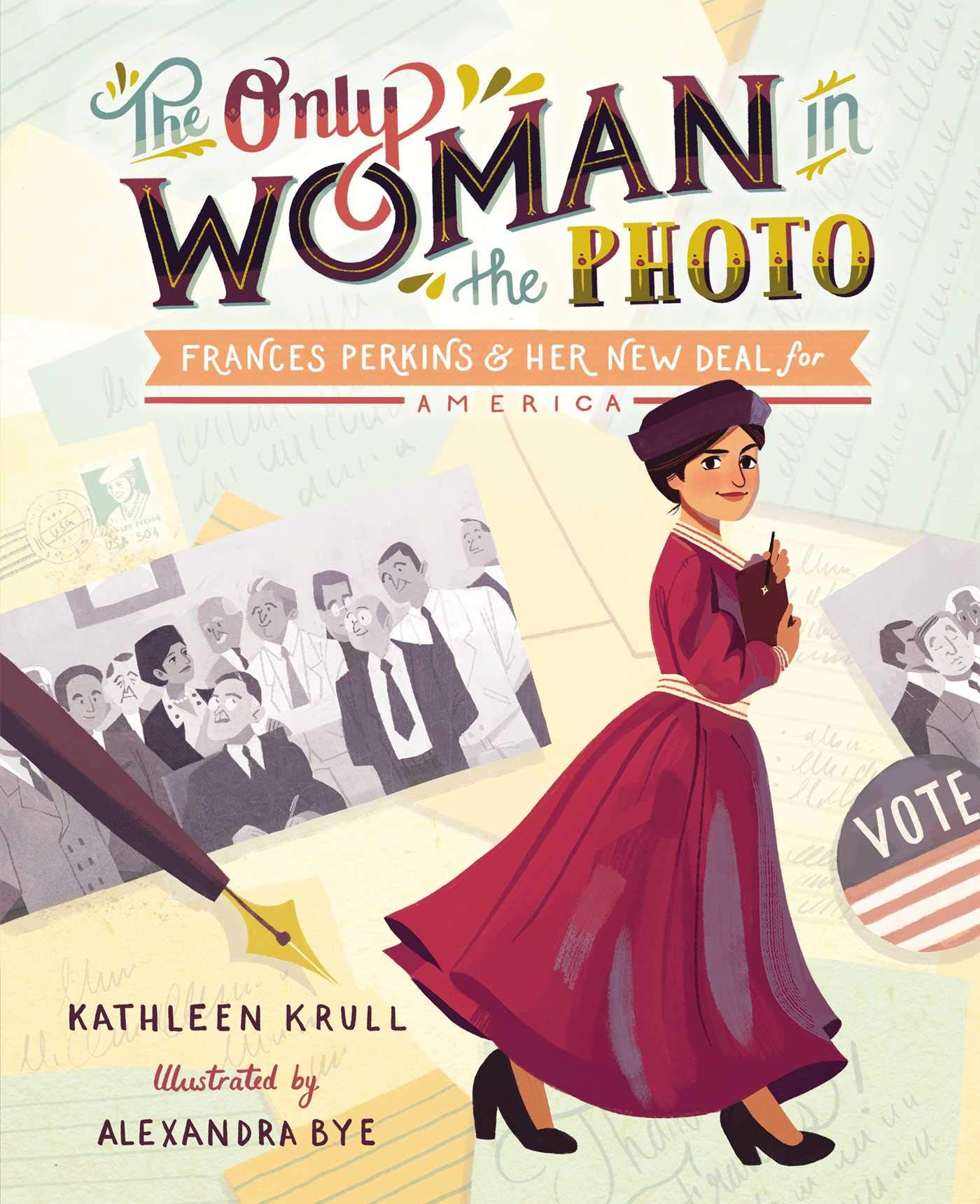 Summary:  Although Frances Perkins was shy growing up, her passion for justice helped her overcome her fears.  As a young woman, she moved from Massachusetts to New York City where she became a social worker. Witnessing the Triangle Shirtwaist Factory fire turned her into an activist, and she was hired by former president Theodore Roosevelt to improve workplace safety.  She caught the eye of New York governor Al Smith, and moved to work at the state level, eventually working for Governor Franklin D. Roosevelt. When Roosevelt became President, he appointed Frances Secretary of Labor, the first female member of a U.S. presidential cabinet.  She was instrumental in many New Deal reforms, including Social Security and the federal minimum wage. Roosevelt wouldn’t let her resign, so Perkins remained in her position until FDR’s death in 1945. Disliking publicity and refusing to write her memoirs, Frances Perkins wasn’t always well-known, but her work continues to benefit us to this day.  Includes additional information and a list of sources. 48 pages; grades 2-6.

Pros:  This lengthy picture book biography of Frances Perkins highlights her work ethic and concern for people in need that led her to work for numerous reforms that have improved lives for almost a century.  Alexandra Bye’s illustrations enhance the text and nicely weave some of Frances’s quotes into the pictures.

Cons:  There aren’t a lot of dates of places in the text or author’s note, and very little is told of Frances’s personal life.  A timeline, kid-friendly list of resources, and some photos would have made this a more useful research book.