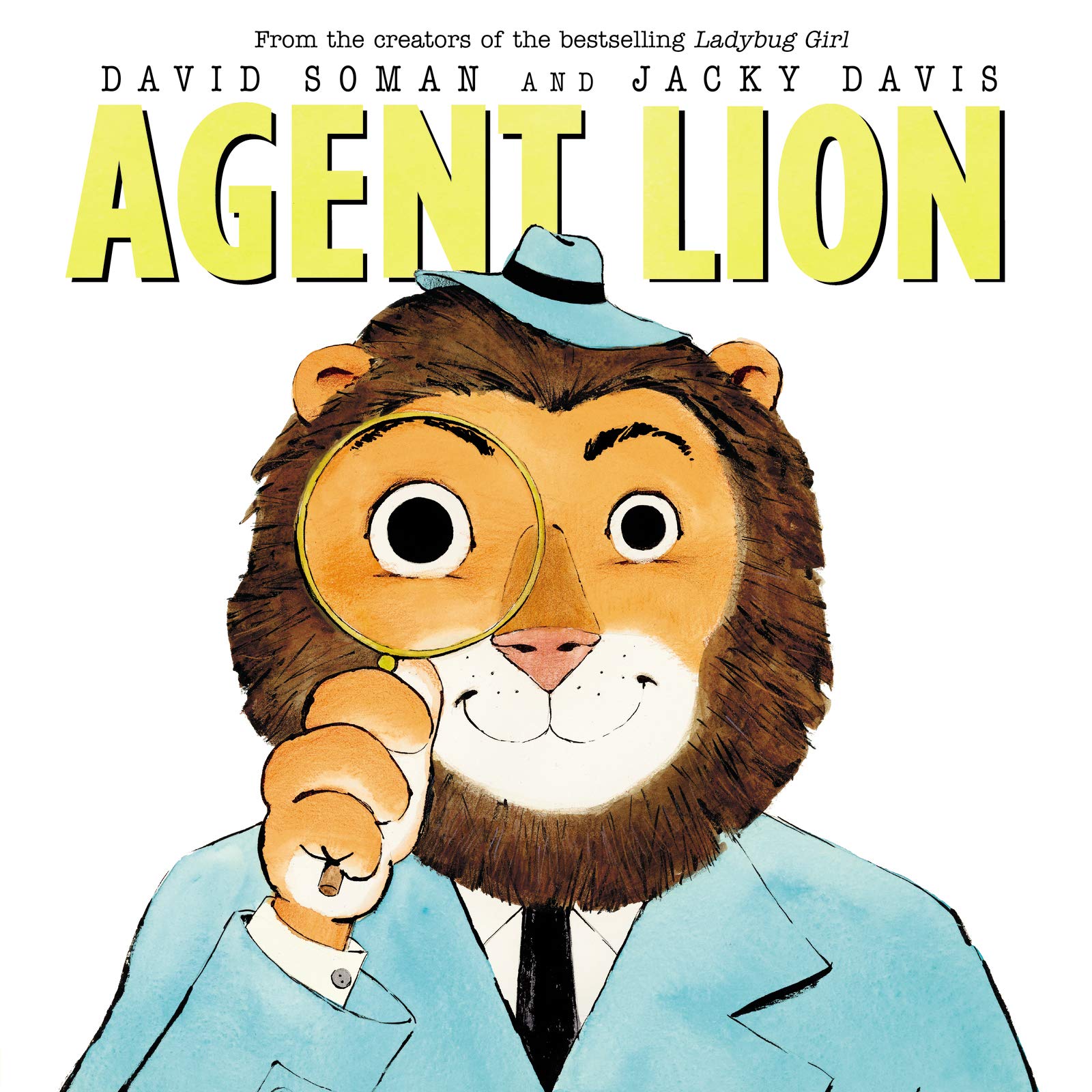 Summary:  Agent Lion is at home “working”, when he gets a call from Ms. Chief from Headquarters.  Ms Flamingo’s cat is missing, and it’s up to Agent Lion to find him. The agent is on the case, traveling “the absolutely most direct route”, shown as a circuitous path through town that takes two hours.  When he finally arrives, he looks in the most likely hiding places, like the living room, bathroom, and refrigerator (well, he was actually looking for jelly donuts in the refrigerator). His witness interrogation results in Ms. Flamingo firing him, but she invites him to have a cup of tea before he leaves.  While she is in the kitchen, Agent Lion sits on the couch feeling terrible. He rearranges some of the pillows on the couch, only to have one purr at him. Agent Lion has solved the case! Jelly donuts all around! 40 pages; ages 4-8.

Pros:  The creators of Ladybug Girl have come up with a new character that is sure to tickle kids’ funny bones.  It’s also a good introduction to mysteries, introducing vocabulary like detective, clues, and witnesses.