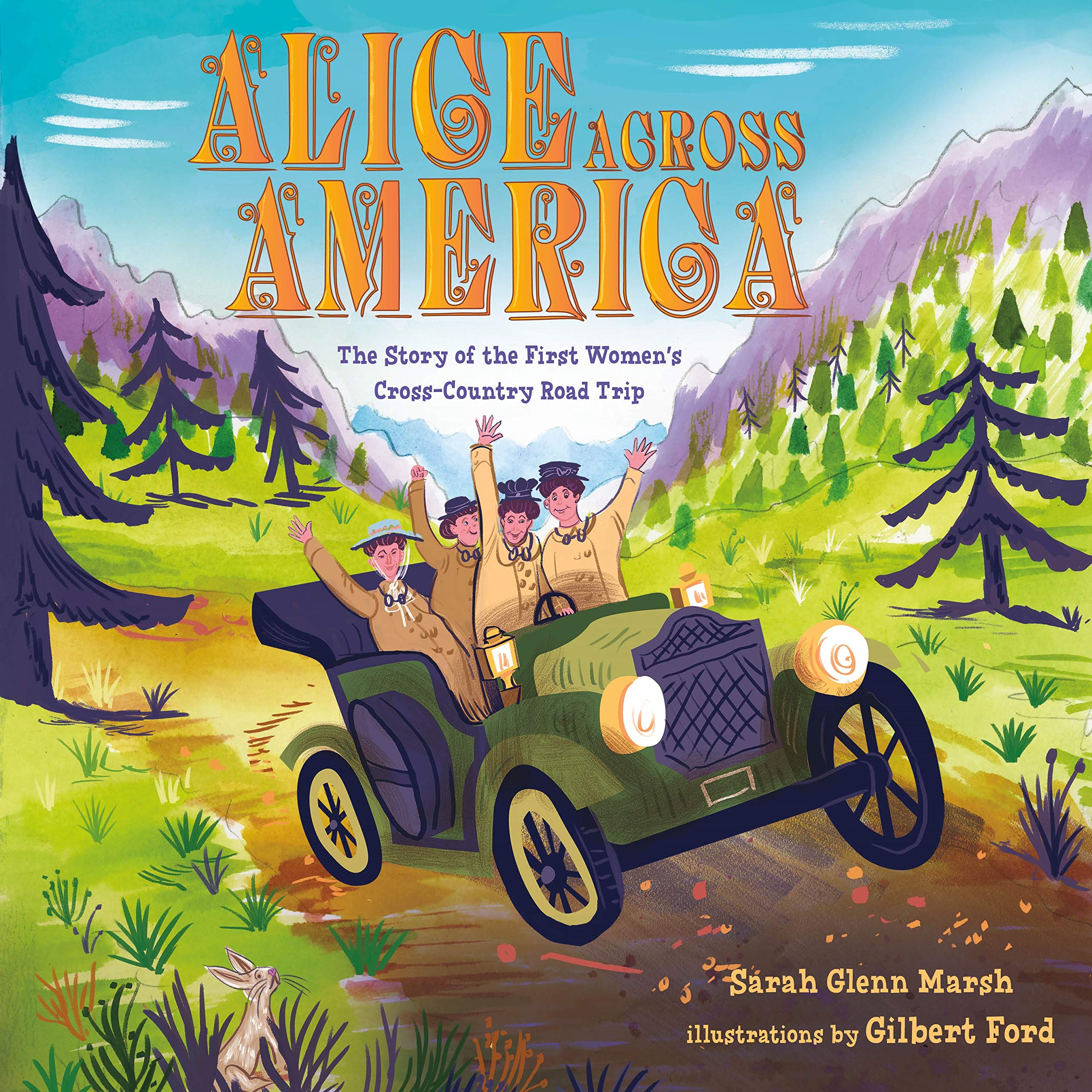 Summary:  Alice Ramsay fell in love with driving the minute she slid behind the wheel of her first car.  She enjoyed it so much that she entered a two-day endurance run to test her driving skills. After the first day, a publicist for carmaker Maxwell-Briscoe asked Alice if she’d be interested in driving from New York to California to show the public that their cars were so safe and well built that even a woman could drive one across the country.  Alice agreed, inviting three friends along. Two months and 4,000 miles later the four women pulled into San Francisco, having endured muddy roads, flat tires, potholes, and a bedbug-infested hotel. Alice lived to be 96 years old, enjoying driving and the distinction of being the first woman to drive across America. Includes additional information on Alice and the history of cars; several photos; a map on the endpapers showing the route; and a selected bibliography.  48 pages; grades 1-5.

Pros:  A fun and informative story of cars, cross-country driving and four adventurous women.  The back matter would make this a great choice for research.

Cons:  It would have been nice to incorporate the map into the illustrations more rather than having to refer to the endpapers.