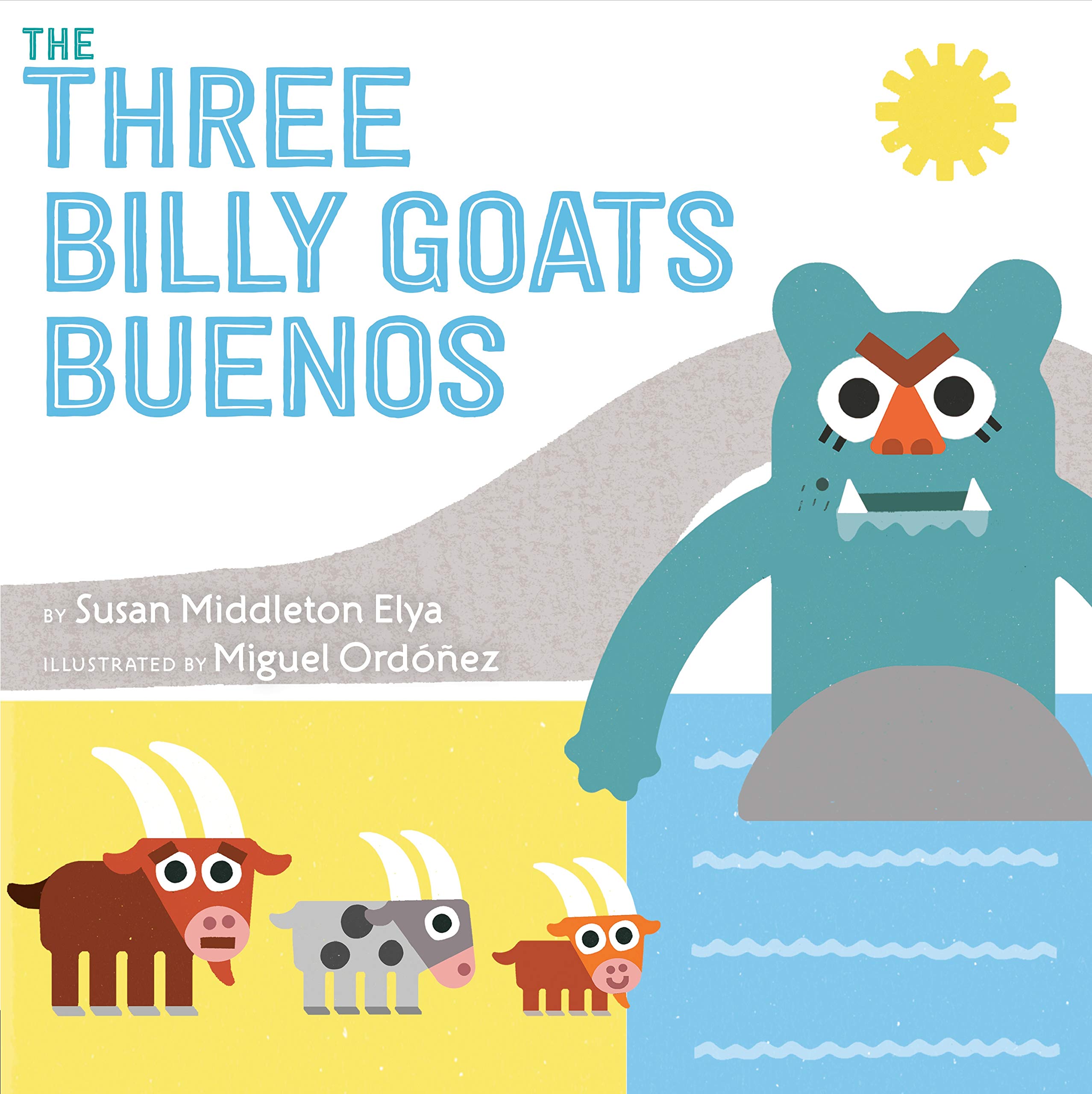 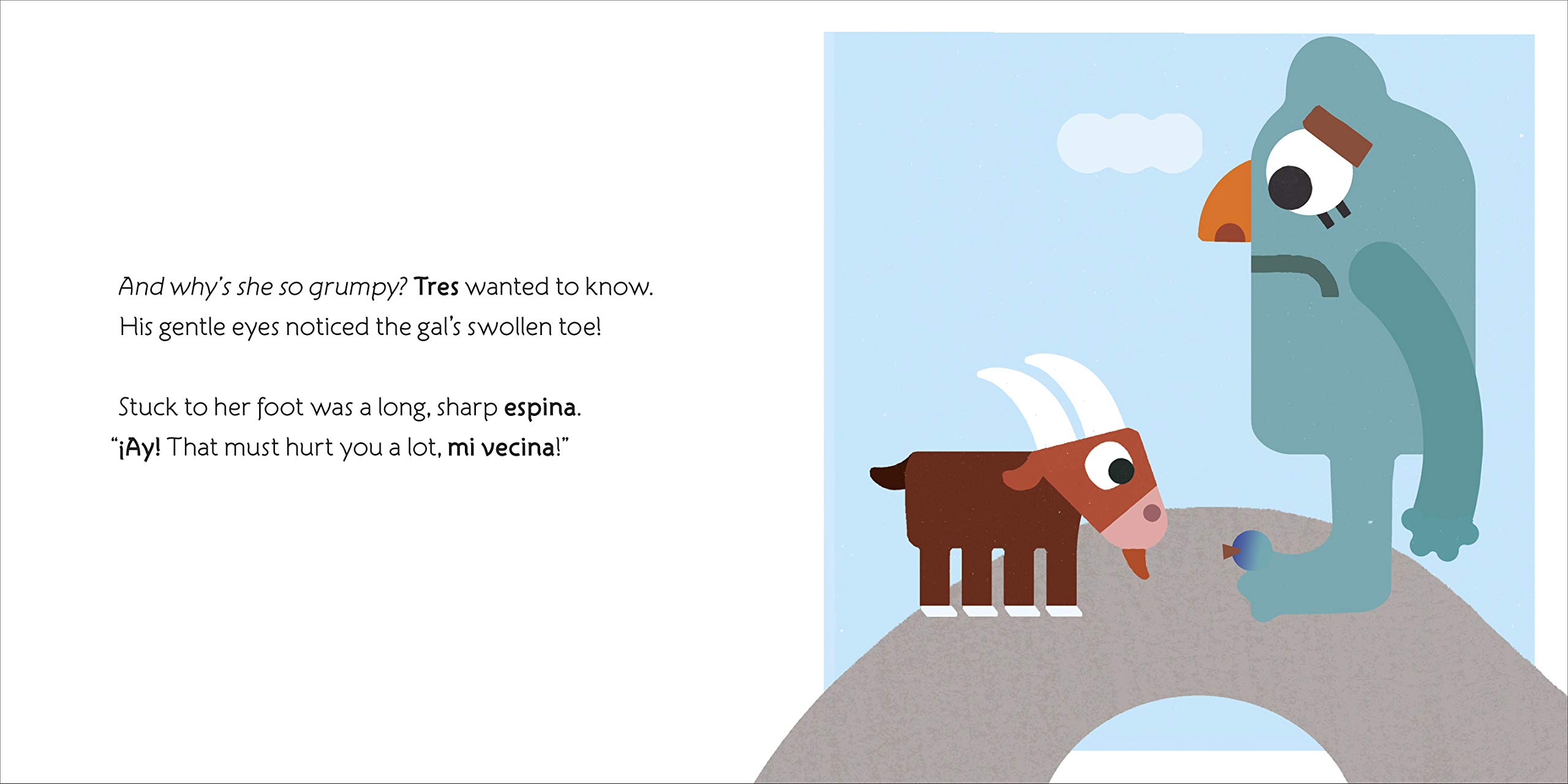 Summary:  The familiar story of the three billy goats gruff is told in rhyming text with a few dozen Spanish words incorporated into the story.  A glossary of the Spanish words appears at the beginning of the book so readers can refer back to it. The story is simple, but includes a twist when the biggest goat discovers the troll has a thorn stuck in her toe.  His sympathy brings a few tears to the troll’s eyes, and the goats work together to remove the thorn and apply some soothing herbs. There’s a happy ending for all four of the new amigos.  32 pages; ages 3-8.

Pros:  Susan Middleton Elya has produced another winning retelling of a familiar folktale that incorporates Spanish words and culture.  The rhyming text and simple, geometrical illustrations will make this an appealing choice for even the youngest readers.

Cons:  I didn’t care for the illustrations as much Juana Martinez-Neal’s in La Princesa and the Pea.