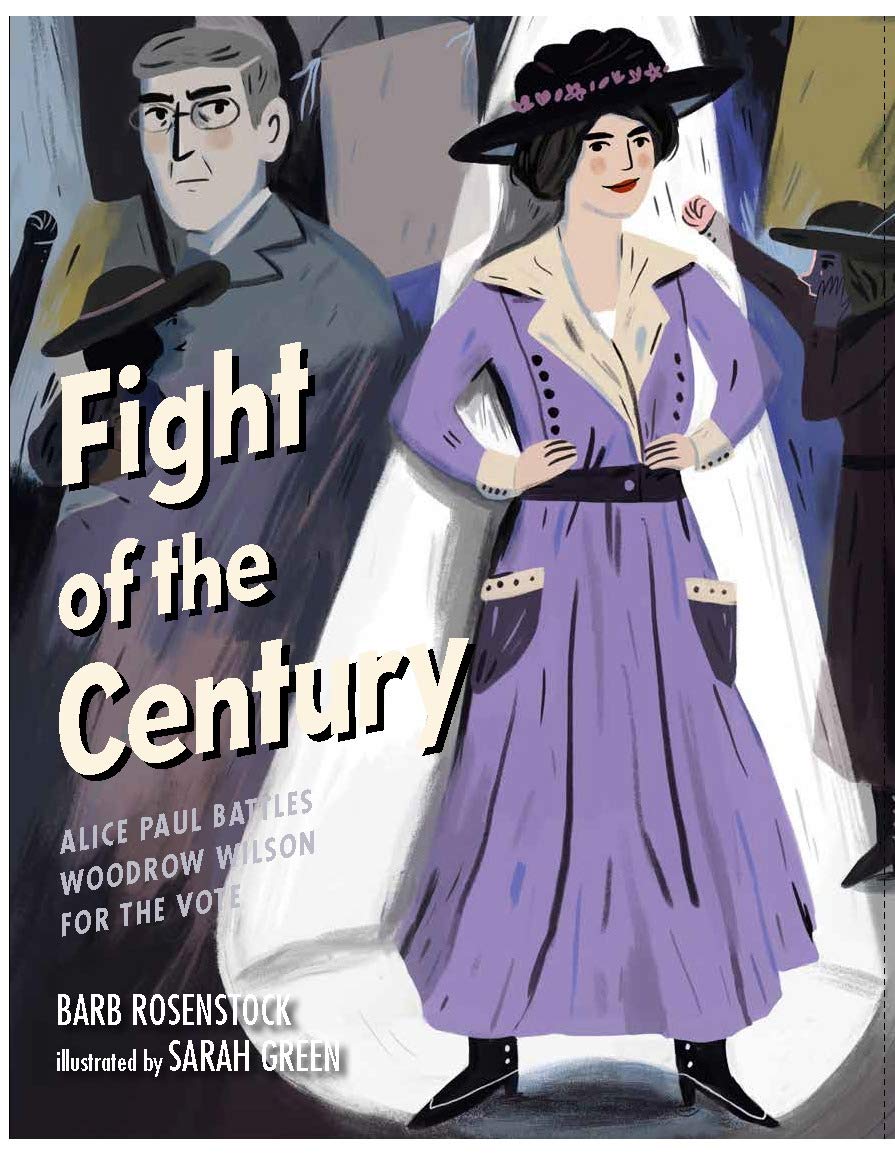 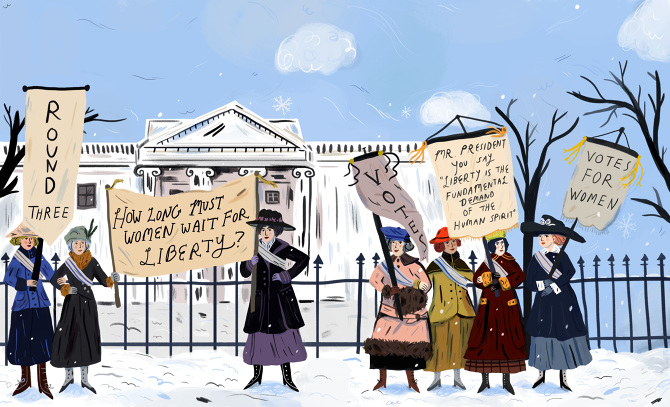 Summary:  When Woodrow Wilson was elected president in 1912, Alice Paul decided to convince him that U.S. women should be given the right to vote.  After a parade the day before his inauguration and multiple visits to the White House failed to garner any results, Paul and other suffragists began a silent protest in front of the White House.  She was eventually arrested and spent seven months in jail, where she staged a hunger strike. Finally, in early 1918, Wilson agreed to support an amendment for women’s suffrage, and the rest is history as the Nineteenth Amendment granting women the right to vote became law on August 26, 1920.  Includes additional information about Alice Paul and Woodrow Wilson; a timeline of women’s suffrage in the U.S.; photos; and a lengthy bibliography. 40 pages; grades 2-5.

Pros:  Using the format of a prize fight with Paul and Wilson as the two worthy opponents adds an element of fun to this story, but doesn’t take away from the informational value.  The extensive back matter makes it a great research resource.

Cons:  Readers with no background knowledge may find the format a bit confusing.