Published by Candlewick (Released May 26) 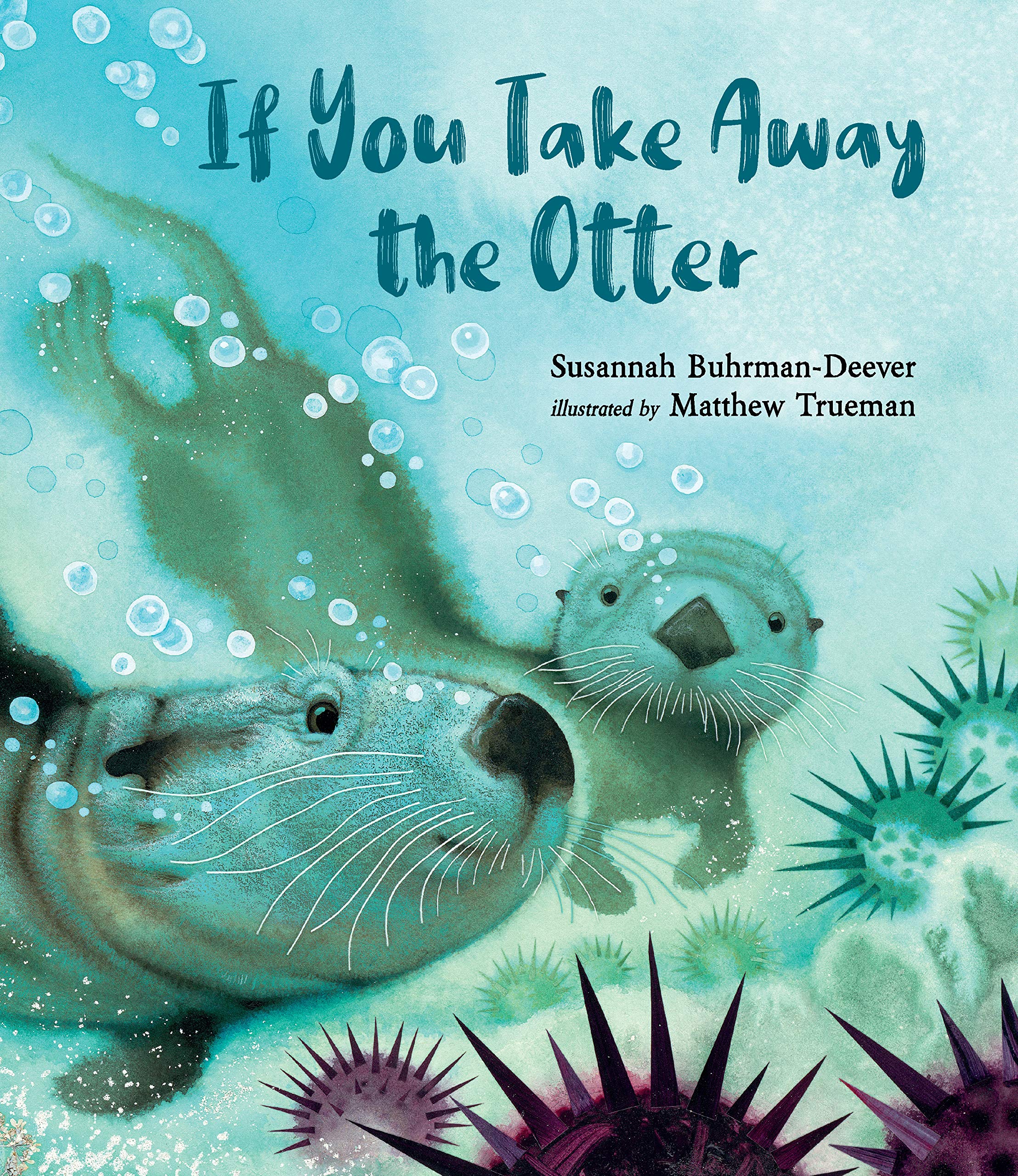 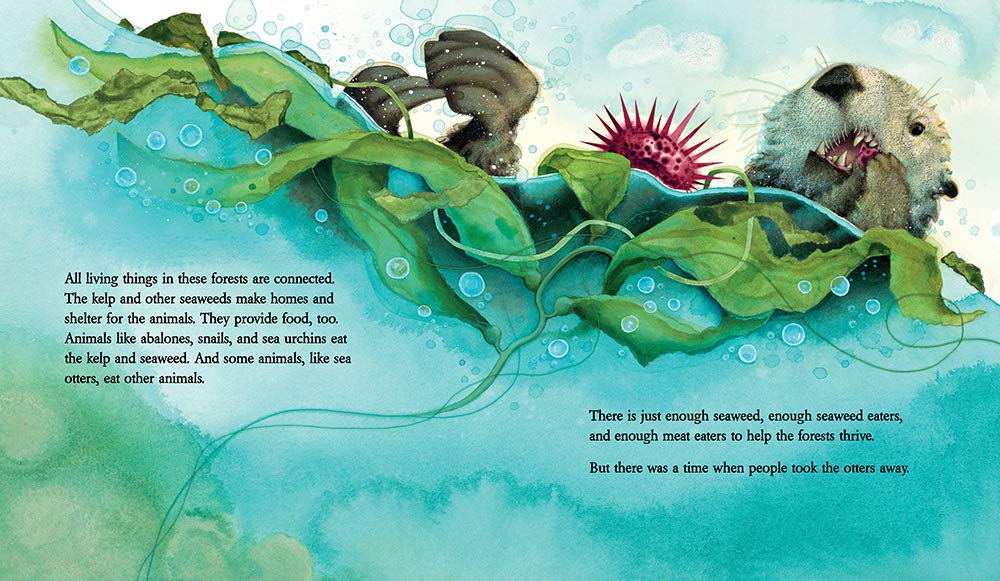 Summary:  Kelp forests, like any habitat, are home to a web of living creatures that keep the whole ecosystem in balance.  Otters do their part by eating the fish, shellfish, and sea urchins that live in these forests.  But a demand for the otters’ fur, beginning in the eighteenth century, reduced the otter population on the Pacific coast from between 150,00 and 300,000 to fewer than 2,000.  Without the otters, sea urchins flourished, eating the base of the kelp and eventually destroying the forests.  In 1911, laws were passed to stop the fur trade, and the otters slowly began to return.  As the otter population went up, the sea urchins’ went down, until balance was restored once again.  Includes additional information about kelp forests, sea otters, and people; a bibliography; and a list of additional resources.  32 pages; grades 1-4.

Pros:  Another book that shows the importance of maintaining the balance of an ecosystem, how humans often mess that up, and how laws and other regulations can help to restore it.  The text is simple enough for primary grades without being condescending, the watercolor illustrations of the kelp forest world are beautiful, and the sea otters are adorable.

Cons:  There’s a little too much anthropomorphized good-versus-evil in the world of the kelp forest, with the sea otters being described as “the kings of these forests” without any evidence to back that claim.  Meanwhile, the sea urchins, who were really just doing their thing, are portrayed as “an army”.  It doesn’t help that they look a bit like a well-known virus.

Is there a resemblance, or am I just starting to see coronavirus everywhere?

2 thoughts on “If You Take Away the Otter by Susannah Buhrman-Deever, illustrated by Matthew Trueman”