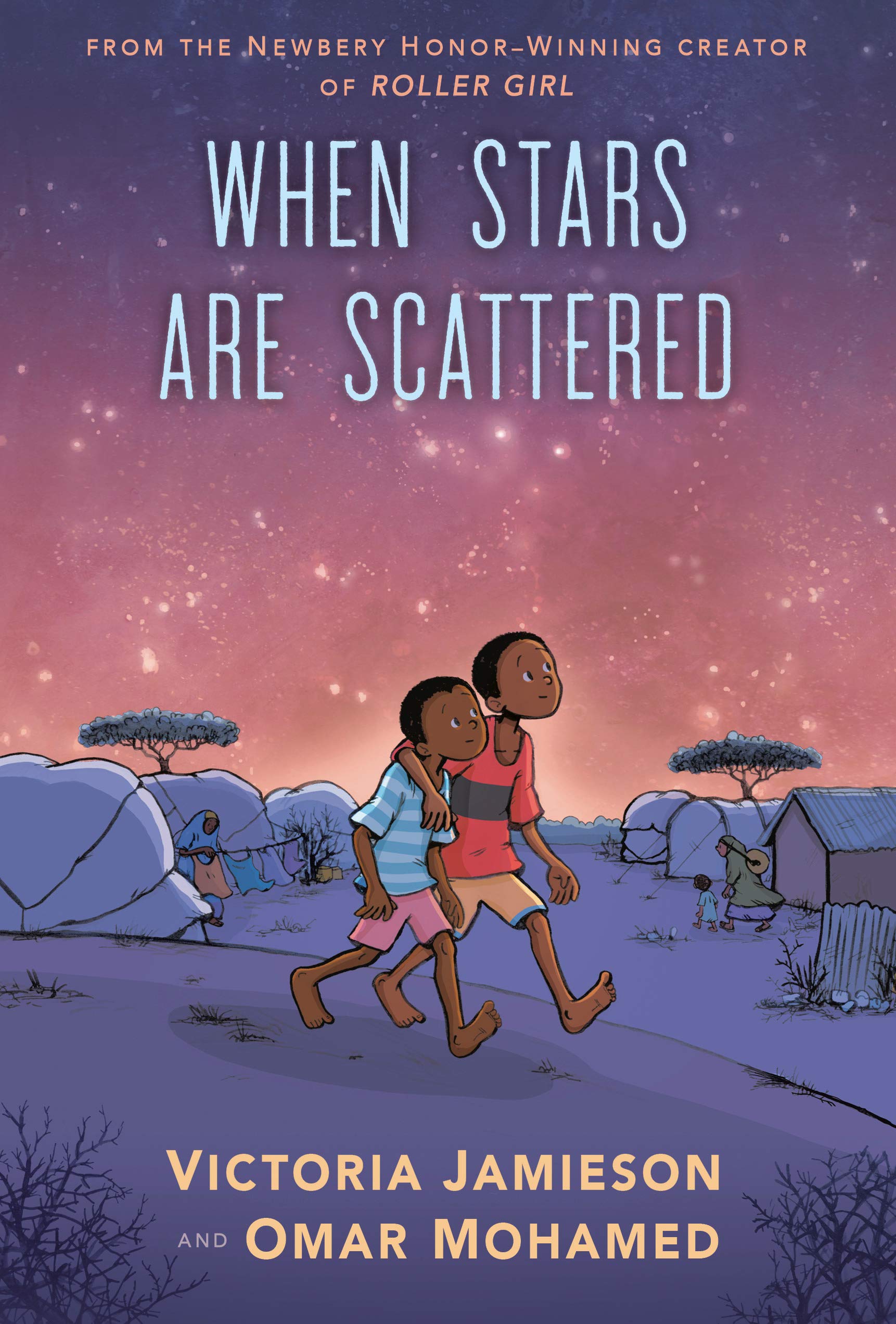 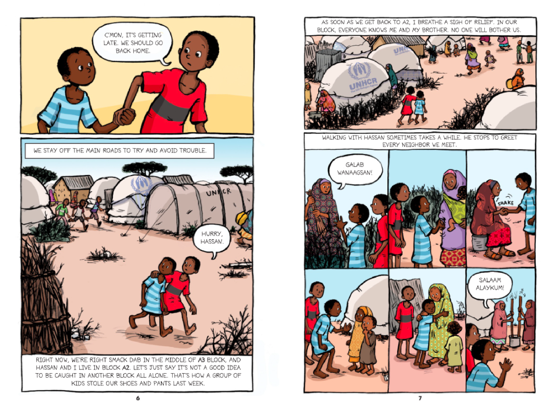 Summary:  Omar and his younger brother Hassan have spent a good portion of their lives in a refugee camp in Kenya.  Originally from Somalia, they have been refugees since their father was killed and their mother disappeared during the civil war there.  An older woman named Fatuma lives in a nearby tent and acts as a foster mother to the boys.  Every day in camp is pretty much the same.  Omar wishes he could go to school, but feels that he must stay at home with Hassan, who is nonverbal and has seizures.  The book covers many of the years the boys are in the camp, starting when they are young, and continuing as Omar finally decides to go to school, where he is able to stay until he graduates high school; and their excruciating wait for resettlement, which finally ends when they get permission to move to the United States in 2009.  An afterword tells what happened to the two after they moved to the U.S.; there are also authors’ notes by both authors telling how they came to create this book.  264 pages; grades 4-8.

Pros:  This may be my favorite book of the year so far.  I love Victoria Jamieson’s work, and her artwork is as engaging as it was in Roller Girl and All’s Faire in Middle School.  The story is compelling, and readers will experience the boredom of the refugee camp, as well as the seesawing between hope and despair.  Victoria Jamieson has so many fans, and having her name on this book will make this important story accessible to kids who might not otherwise read it.  I’d love to see it considered for the Newbery or other awards.

Cons:  The story is very different from the lighthearted middle-grade fare of Jamieson’s other works.  While there’s nothing in here that’s inappropriate for fourth and fifth graders, kids who pick it up expecting more of the same may need a little guidance.