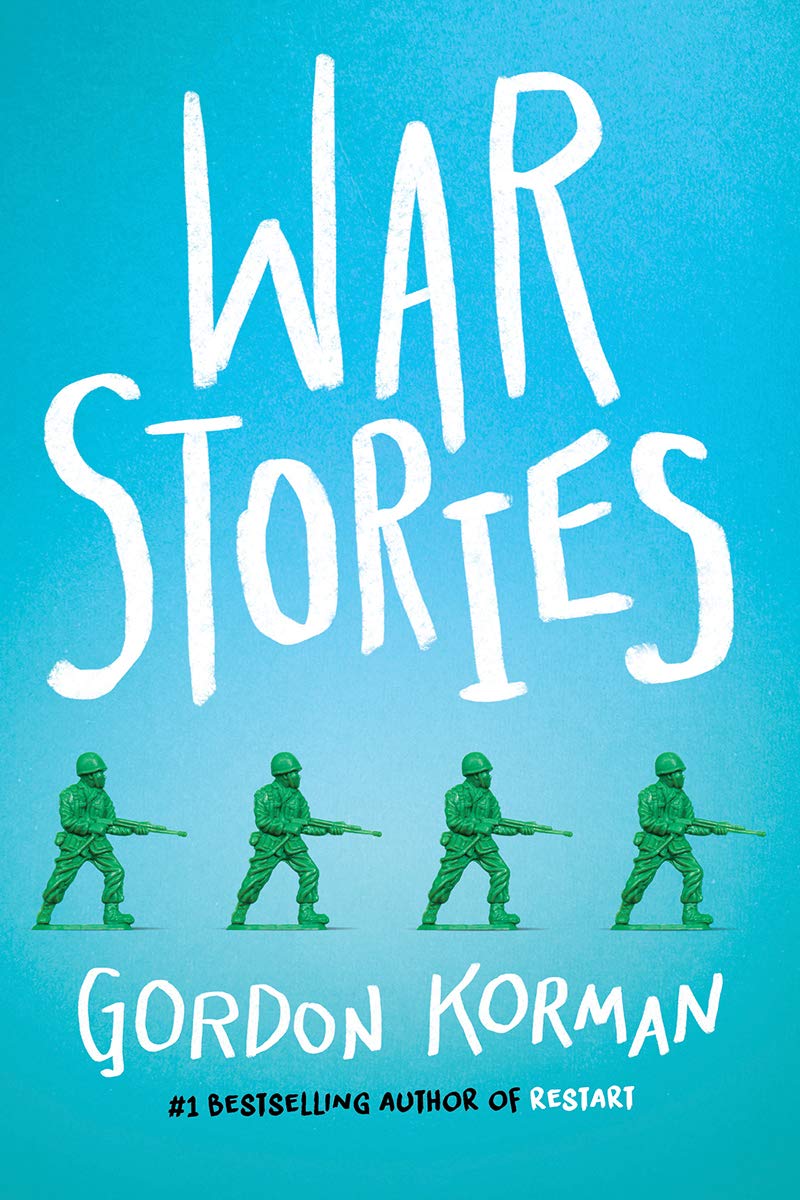 Summary:  Trevor has always worshipped his great-grandfather, Jacob, who fought in World War II as a 17-year-old.  Trevor’s fascination of WWII has resulted in a room decorated with memorabilia and a passion for war-based video games.  When Jacob announces he’s going back to the French village that he helped liberate to commemorate the 75th anniversary of V-E Day, Trevor is thrilled to be invited along.  He, his reluctant father Daniel, and Jacob. make a journey that starts at Fort Benning, Georgia, and continues to Normandy, and on into the French countryside.  As they get closer to their destination, Jacob becomes more distant and irritable; Daniel monitors threats against Jacob being made on social media; and Trevor notices a girl about his age who seems to be following them.  Jacob’s war stories begin to take on a different tone, and by the time he finally reveals what happened in that French village, Trevor has learned some new truths about the horrors of war and what really makes a hero.  240 pages; grades 4-7.

Pros:  Told in third-person narratives that switch between 2020 and 1944, the action really builds, and by the time the reader gets to the French village, it’s hard to put the book down.  Gordon Korman and a World War II story make an unbeatable combination for middle-grade readers.

Cons:  Through no fault of his own, Gordon Korman has created a story that would never have taken place.  You will have to suspend your disbelief and pretend we live in a parallel universe where a 93-year-old man could have traveled to Europe during the spring of 2020.